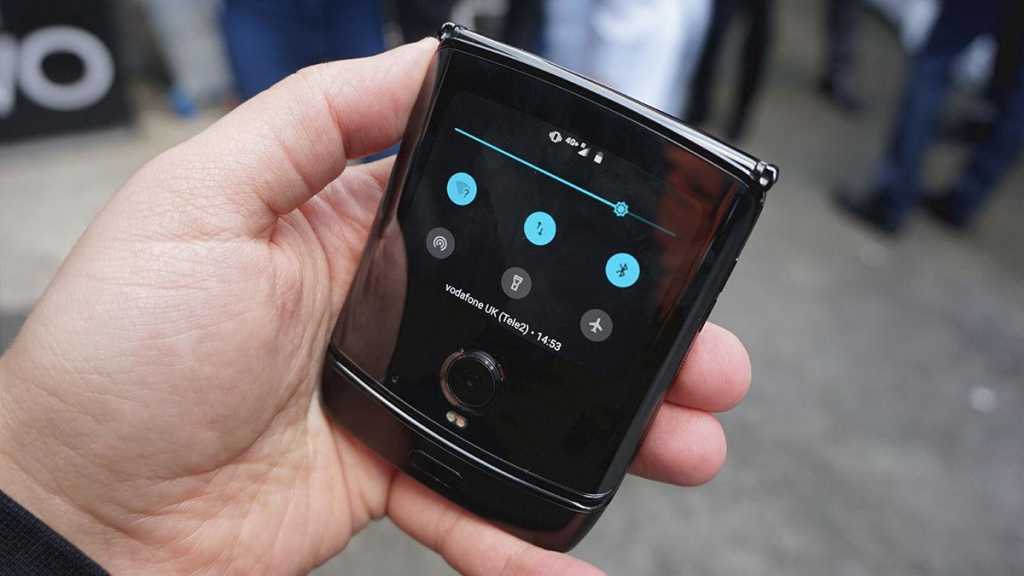 The new Motorola Razr (above) is the most exciting phone we’ve seen for a very long time. You’ll read all kinds of views on what makes it so special, but there is one cohort whose opinion is particularly interesting. It’s the team which built the original model.

Building a new mobile phone is a significant task, in the days of the original Razr the development cost was something like US$9m (£6.9m). Getting permission to spend that much on a product needed significant support from the rest of the company and in turn that meant building a business case. Consumers would be focus-grouped, models waved at trade customers – mainly the mobile phone networks – and consultancy reports on market trends scrutinised.

The process inevitably led to caution. New phones were derivative. When Ericsson touted a project better than the iPhone, codenamed Pamela, it was stillborn.

But as we’ve found, fortune favours the brave and the bravest man in the world of mobile phones is Roger Jellicoe. You’ve never heard of him but he is the engineer behind Motorola’s greatest hits. Not just the Razr but the diminutive V3688,  the all metal V60 (which still sells for a premium on eBay), and the flagship DroidX.

But in an intensely political organisations, and early 2000s Motorola was very much so, past victories are not enough for you to get the budget to build a new handset. You have to get the stakeholder buy-in. Something as radical as the Razr would have fallen at the first hurdle so Jellicoe did something very different. He built the phone in secret. Here’s a prototype I photographed back in 2003: 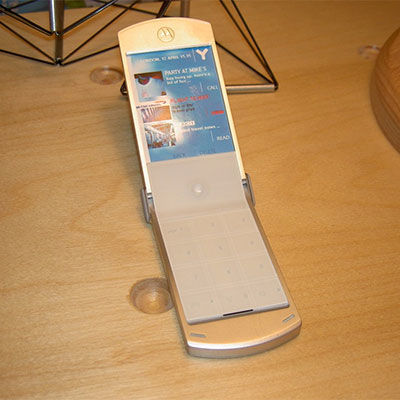 The phone wasn’t on the portfolio plan shown to operators, it wasn’t discussed at progress review meetings or included in the constant risk assessment. Razr was a skunkworks project.

If you’ve ever wondered why there was never a follow up, that’s because – although there was – it was ruined by the process. What the Razr team did next was the Aura, a similarly beautiful, revolutionary phone, but while you can keep a phone secret once you can’t do that twice and the Aura was stymied by Motorola process. A phone that should have come out in 2005, constant navel gazing in the company delayed it to 2008. The world’s best 2G phone was born into a 3G world and it hardly sold. Today they are collectable.

Jellicoe managed to keep Razr secret despite the rubbish codename (Razor, the o was dropped for copyright reasons) because he had the support of his boss Tracey Koziol and she the support of hers, Rob Shaddock. Three Brits, working in Motorola Mobile’s Libertyville offices an hour north of Chicago.

So I polled the three of them to get their views on the new phone. Bear in mind that none of them have actually handled one, and to do so makes you heavily lust after one (just as our own Alex Walker-Todd found out when he got his hands on the new Razr). 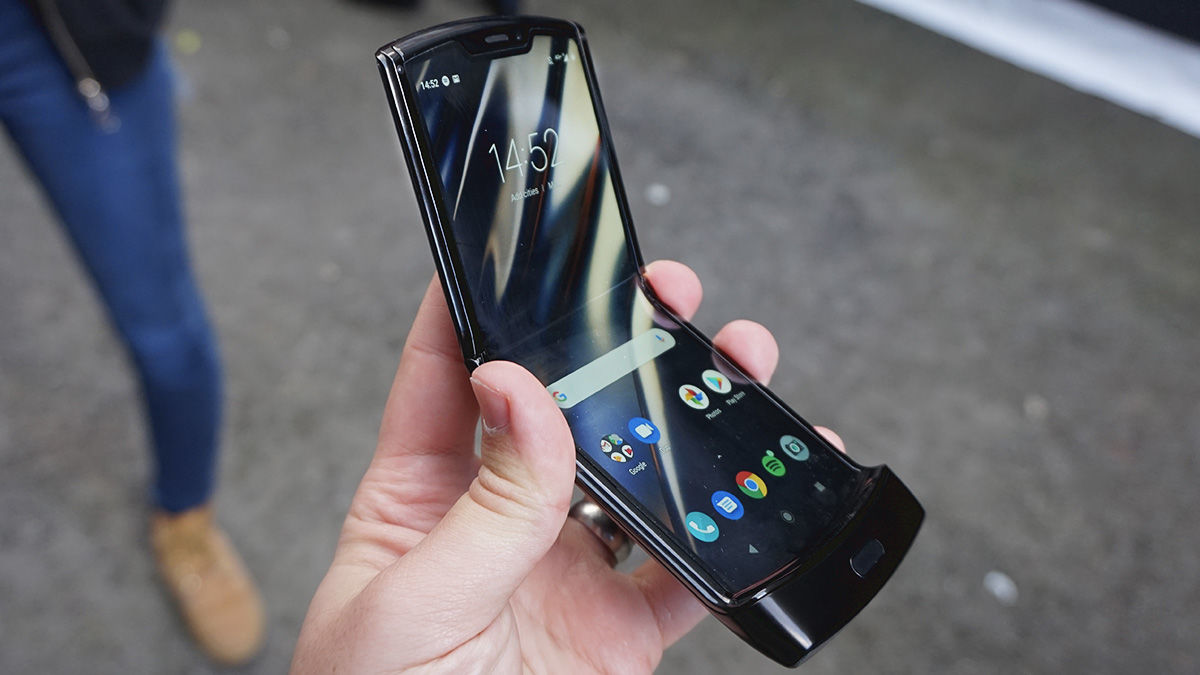 Koziol, now at Xerox, still feels fondly towards Moto, she says “Very good to see the Motorola team still putting out some innovative products. I of course like the design and actually think having the bump is going to help for holding and stopping it splitting out of the hand (something I do often with the bar phone).

Of course the main concern is life on the display, but if it’s our old mechanical team there should be confidence!”.

And that’s the thing about Motorola. The company was brilliant at all aspects of hardware, from the radio to the mechanical design, displays and audio. It failed purely due to management process and software, and the processes around software. It’s great to see it living again under Lenovo ownership.

Shaddock, now living in California thinks it’s a great engineering achievement and he can’t wait to get this hands on one. He says that the new phone harks back to the original in an unintended way “During the original Razr years E-Ink displays were flavor of the month and we had conversations about creating soft keypads and what it might take to make a folding display. Of course at the time mobile internet was connected via a wet piece of string so the refresh rate wasn’t critical. But I think anyone who has ever been involved in flip phone design had dreamed of creating something like this new Razr.”

Jellicoe echoes the views of the others, saying “It is nice to see that even after two acquisitions and steady attrition, the handful of Motorola engineers that remain have tackled this really difficult design challenge. The result shows that they still have their pride. They also still have my deepest respect.”

He remembers that the original came from an internal competition to build a phone under 10mm thick. Part of his insight was based on his respect for the automotive engineer Alec Issigonis, who designed the Mini by taking the need for four full sized seats and pushed the wheels out to the corners and rotated engine 90°, drawing around all the components to find a shape which fitted.

Jellicoe did the same with all the Razr components, turning the battery. But he explains that, at 52mm, the market research people said that it was too wide, and that 49mm was the limit but he thought that the insight was flawed, based on a phone that was an inch thick.

Shaddock, too, comments on the dimensions saying it’s “Very impressive to keep the thickness so close to the original. It’s somewhat ironic that in the development phase there was much discussion about the phone being too wide – we ignored that and current phones including this new Razr show how we have adapted driven by functionality.”,

But Shaddock poses a question that is buzzing around the industry “Will this new Razr be a design novelty or bring new functionality. It’s a beautiful design and engineering achievement – but I’m not sure it’s a functional game changer.” That, however, is a question that he goes on to answer, implying that function may not matter: “That said, I’ll still get one.”