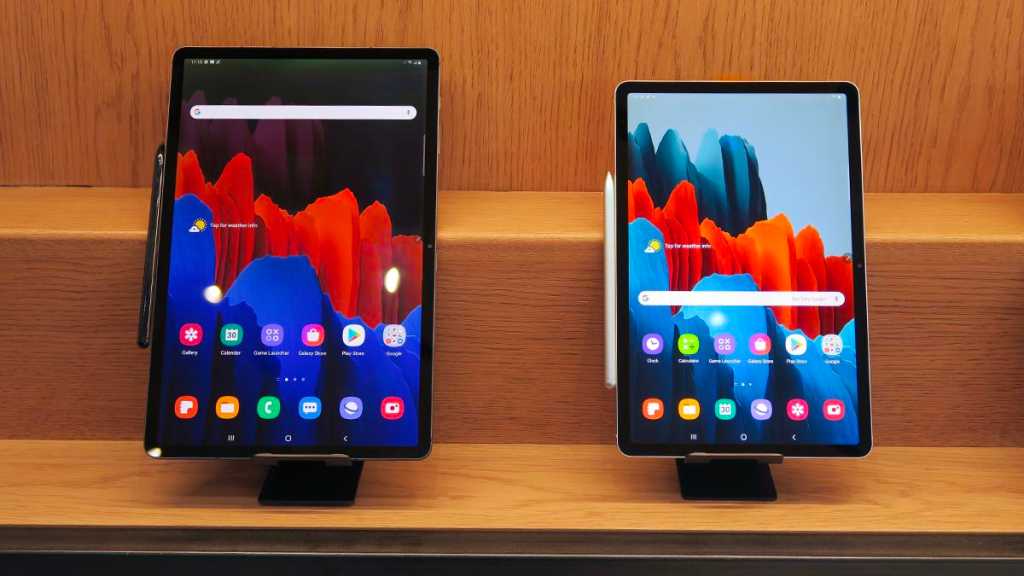 Android tablets aren’t as popular as they once were, but Samsung still makes some of the best around – and the latest models on the market are the Galaxy Tab S7 and Galaxy Tab S7+.

Both tablets were first announced at Samsung Unpacked, and first went on sale on 21 August 2020. Here’s everything you need to know about them.

Where to buy the Galaxy Tab S7 and S7+

Both the Galaxy Tab S7 and S7+ can be bought now on the Samsung website, as well as a number of selected retailers including John Lewis and Very in the UK, and Best Buy in the US. You can find a list of the best deals available on the Tab S7 and S7+ here.. 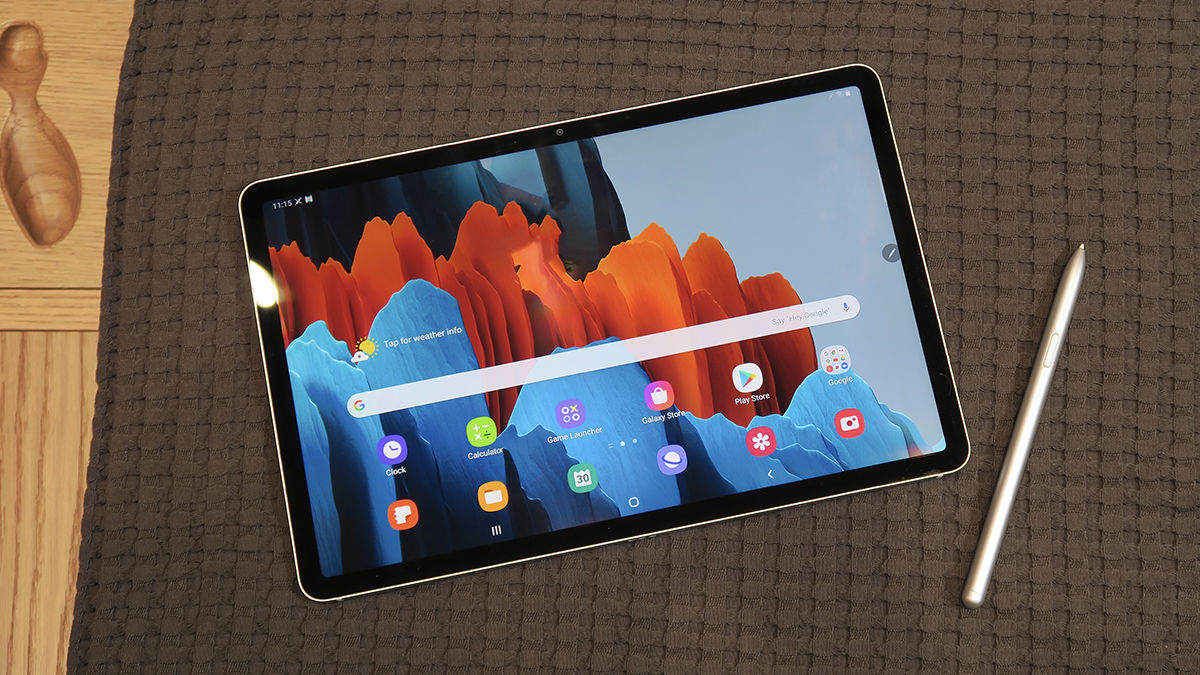 What does the Galaxy Tab S7 and S7+ cost?

Here’s the official figures we have at the time of writing:

The pricing changes depending on the RAM and storage options you choose. Both the official Samsung Book Case and Bluetooth mouse are sold separately, but the S Pen is included with the tablet.

What Tab S7 models are available?

So far the only two models available are the Tab S7 and the Tab S7+. The latter comes with a 12.4in screen as a larger option, making it a rival to the 12.9in iPad Pro. This is a savvy move from Samsung, as there’s very little competition at this size in the Android world. 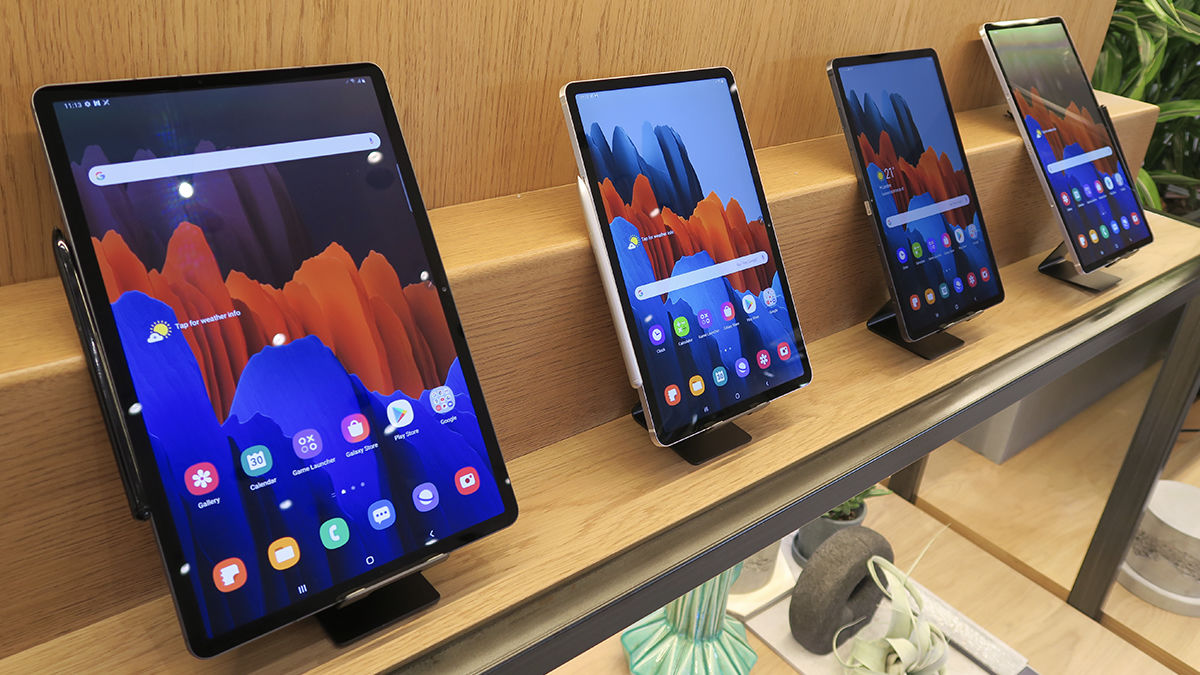 There has been no confirmation or rumours about a Tab S7 Lite – a more affordable alternative to the main tablet, however, it’s worth noting that Samsung released the Tab S6 Lite well after the Tab S6 release; so if we were to see a cheaper Tab S7 on the market, it likely won’t be until next year at the very earliest.

What about the Tab S7 and S7+ specs and design?

In terms of design, Samsung hasn’t changed too much. The Tab S5e and Tab S6 share a very similar design also – and as the old adage goes, if it ain’t broke then don’t fix it.

The rear of the tablet has a section below the camera to store the stylus magnetically where it will be charged, just like on the Tab S6. The S Pen can also attach to the side of the tablet, but it won’t charge there. You also get a storage place included within the Galaxy Book Case if you purchase that.

The S Pen itself comes included with both tablets, and has been improved and optimised for better performance on Samsung Notes, Clip Studio Paint, Canva and Noteshelf. 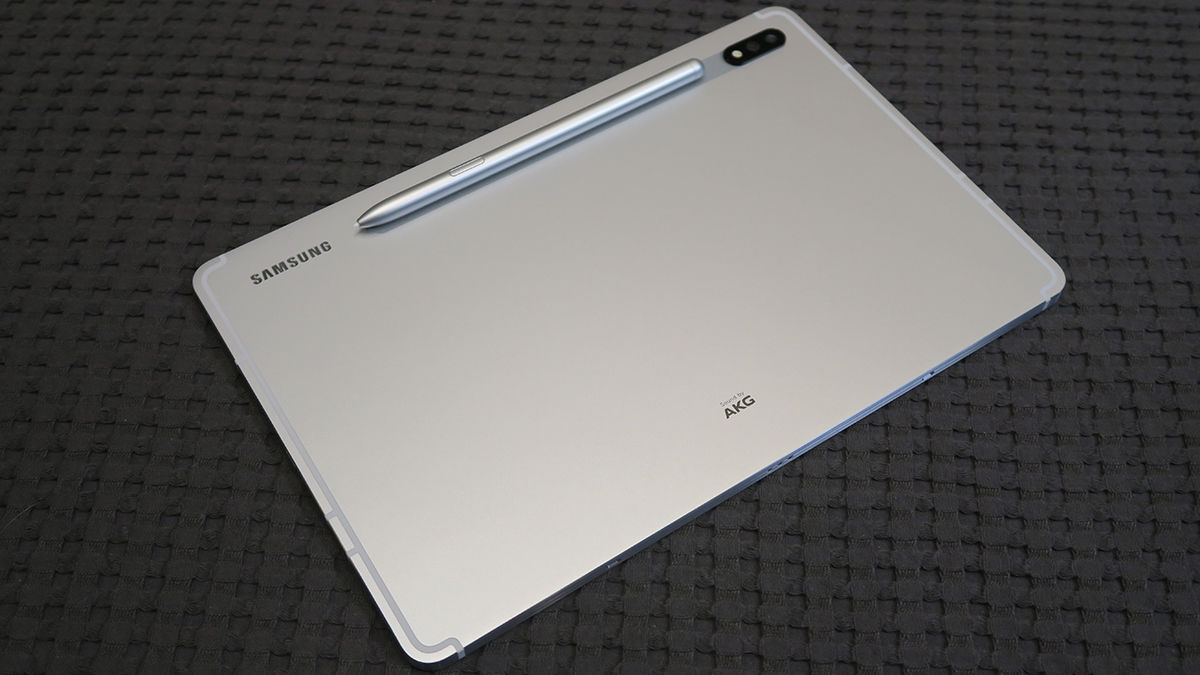 We have the same set of four speakers powered by AKG and Dolby Atmos, plus a USB-C port. Sadly it appears as if the tablet comes without a headphone jack – which Samsung seems to only reserve for more affordable devices. You can unlock the S7/S7+ using the electrostatic fingerprint scanner, which utilises an electrostatic charge to record a detailed image of your fingerprint.

Both tablets come equipped with Qualcomm’s Snapdragon 865+ processor – a flagship chip that allows both tablets to be very versatile when it comes to productivity. This will be paired with Android 10 and Samsung’s latest OneUI 2.5 on to, along with Wi-Fi 6 connectivity and Bluetooth 5.0.

The storage options available for the Samsung Tab S7 and S7+ are:

Both tablets also come with room of up to 1TB of expandable storage via a Micro SD card. The S7+ will feature 5G data support – whilst the S7 will only support 4G cellular network.

The camera hasn’t changed from the Tab S6 much – you still get a 8Mp front camer, whilst the rear camera comes with a main 13Mp lens with a secondary 5Mp wide sensor. The camera also comes with a night mode and a flash module. 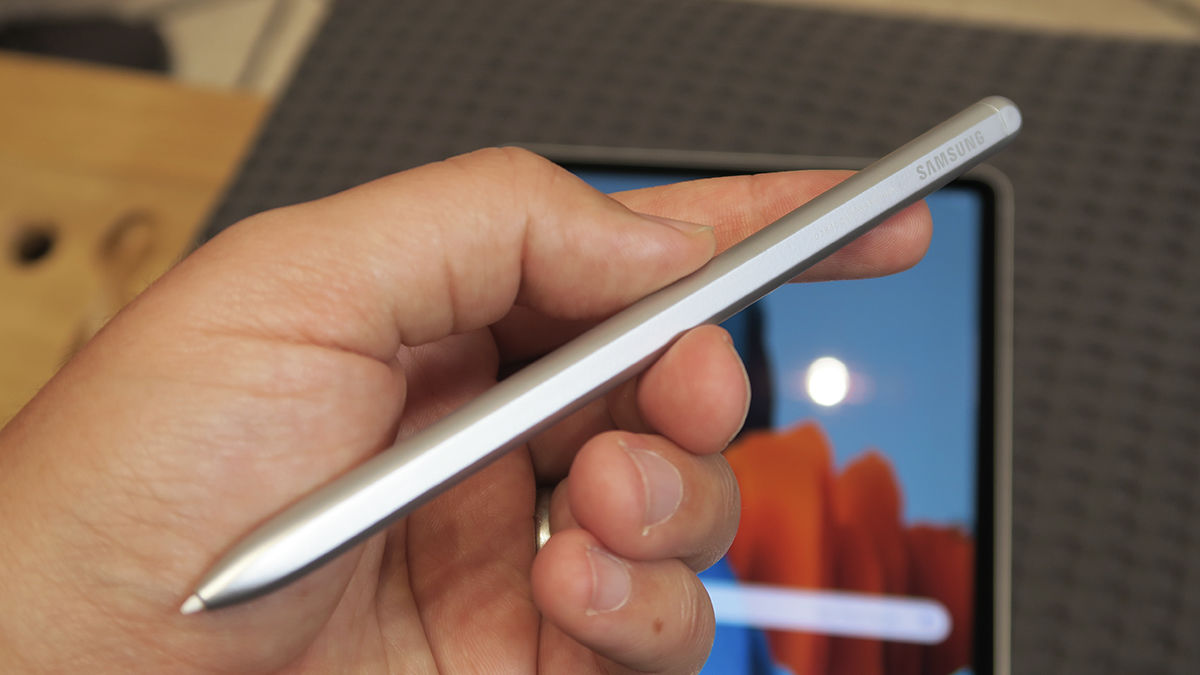 As previously, Samsung offers a separate keyboard case and is highlighting the benefit of its DeX software, which essentially lets you use the tablet like Windows only running on Android. If, however, you just want to use it as a standard tablet, the Tab S7/S7+ comes with a multi-active window which allows you to run up to three apps simultaneously. This means that you can take notes, watch videos and chat with friends all at the same time.

If you have a Samsung PC, you can use your Tab S7 or S7+ as a second screen, to duplicate or extend your display. This feature will also come to Windows 10 PCs later on this year.

The Tab S7+ comes equipped with a sizeable 10,090mAh cell, bolstered by up to 45W fast charging (though this charger is sold separately, the standard one will only give you 15W charging). The regular model, meanwhile, offers a 8,000mAh cell.