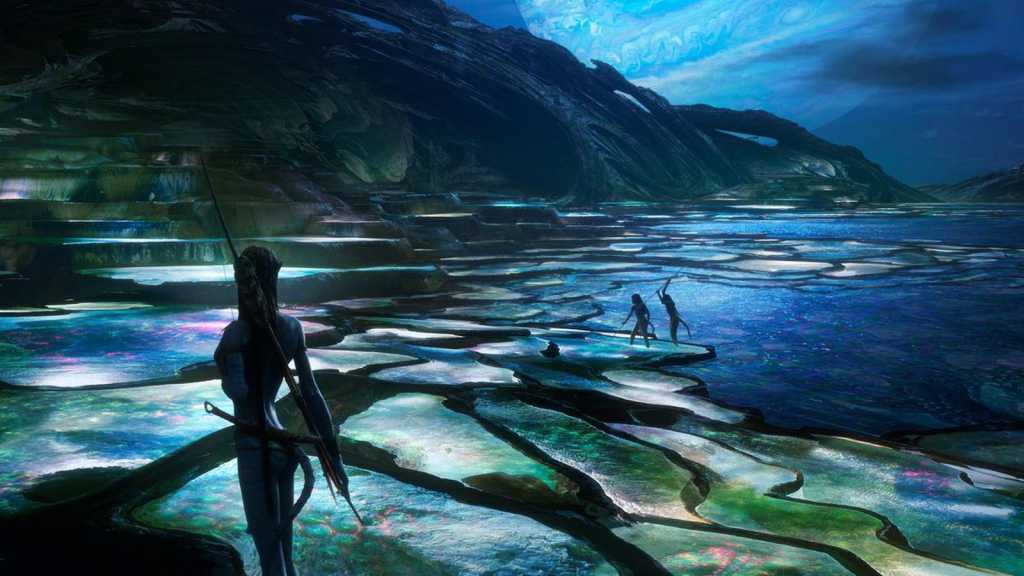 At CES (Consumer Electronics Show) 2020, James Cameron revealed some concept art for Avatar 2, which is currently scheduled for release in December 2021.

The images revealed new locations in the world outside of Pandora, with various Na’vi spotted within them. The photos don’t really indicate anything about the plot just yet – other than the fact that we’ll be seeing new places and creatures that exist in this fantasy world.

In the #Avatar sequels, you won’t just return to Pandora — you’ll explore new parts of the world. Check out these brand new concept art pieces for a sneak peek at what’s to come. pic.twitter.com/bfZPWVa7XZ

Actors reprising their roles include Sam Worthington as Jake Sully and Zoe Saldana as Neytiri. Sigourney Weaver will also be returning, but she will be playing a different character – not Dr. Grace Augustine, as seen in the first film. Newcomers to the sequels include Kate Winslet, Vin Diesel, Michelle Yeoh, Jermaine Clement and Edie Falco.

Avatar 2 isn’t the only follow-up film that Cameron is planning. Three further sequels are planned for December 2023, December 2025 and December 2027. The first film still sits as one of the highest grossing movies of all time, despite the fact that nobody can actually recall the plot (really try, I dare you). This means that the sequels have a high bar to hit, especially as they now also face the might of the MCU and Star Wars franchises.

The reveal was part of a joint announcement between Cameron and Mercedes-Benz, who have collaborated on an Avatar-themed concept car called the Vision AVTR, bringing sci-fi design to the automotive world. This isn’t a car that will be available at your local dealership, but an aspiration for how the brand wants to move forward.

Find out what other blockbusters are due soon in our list of the biggest upcoming films.