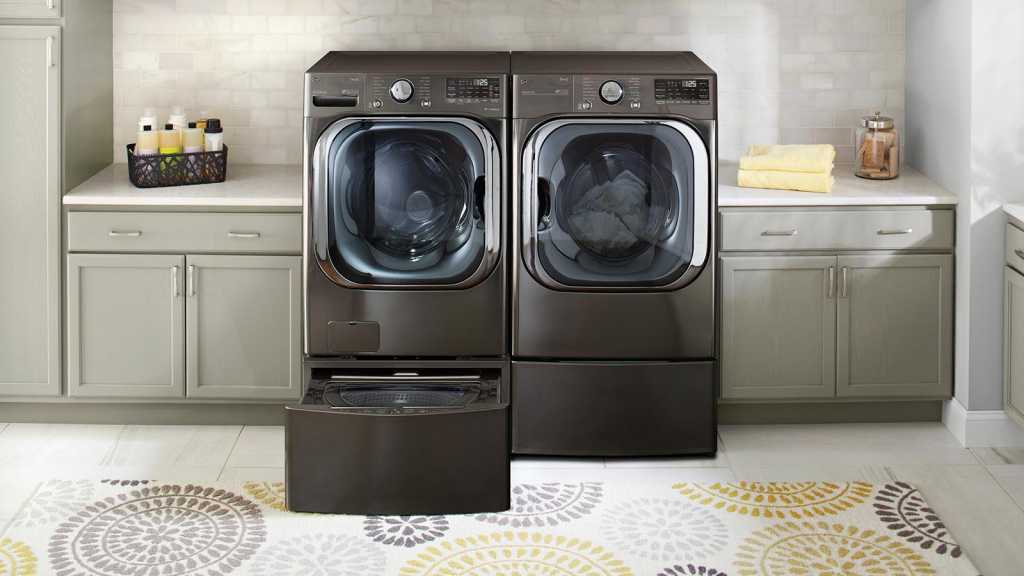 LG has taken some flack in recent years for tacking ‘ThinQ’ onto the end of its smartphone model names. The catch-all term is how the company shows a product has AI smarts baked in, though that can be said for many phones these days.

It can’t be said for all washing machines, which is what makes this new one from LG stand out. Though it’s actually quite hard to work out what the product’s official name is, even from the press release.

AI DD stands for Artificial Intelligence Direct Drive, a trademarked term LG uses to describe the motor of this front loading machine. The company says the washing machine detects weight and load (standard) and also the fabric types of each load (new!) to determine the best settings to use.

LG says the machine can quickly cross reference your specific washing load with 20,000 data points, resulting in bespoke washes that could extend the life of your clothes by up to 15%.

It uses a program of customised temperatures, times and even drum motions to best wash whatever combination of garments you’ve lobbed into it, however unconsidered the mix.

As you might expect from an AI washer, there’s a companion app that connects to Amazon to order you more detergent when it’s running low. You might like that as the machine’s ezDispense feature chooses how much detergent and fabric softerner to add to each wash depending on the contents.

It’s basically a washer that LG thinks you can trust to do any wash no matter the circumstances. We’ve ruined clothes before with harsh washers or overstuffed drums, so we’d love a washer like this. There’s even a smaller wash compartment called the SideKick that pulls out from the bottom for smaller or delicate loads.

LG has not confirmed pricing but with so many bells and whistles you can bet it’ll be premium. It’s a fine product to shove the company’s ThinQ AI into. We just wish it’d steer clear of confusing its phone line up with the same branding.