Here’s a rundown of everything announced, complete with pricing and release information where available.

With the company’s disdain for the current state of sports-centric true wireless in-ears, its new PowerBuds are the supposed remedy; designed for both day-to-day use and intense workout sessions. Landing somewhere between Apple’s AirPods Pro and PowerBeats Pro, the PowerBuds’ design can be adapted by way of magnetically detachable ear hooks to offer a little extra support during vigorous exercise. 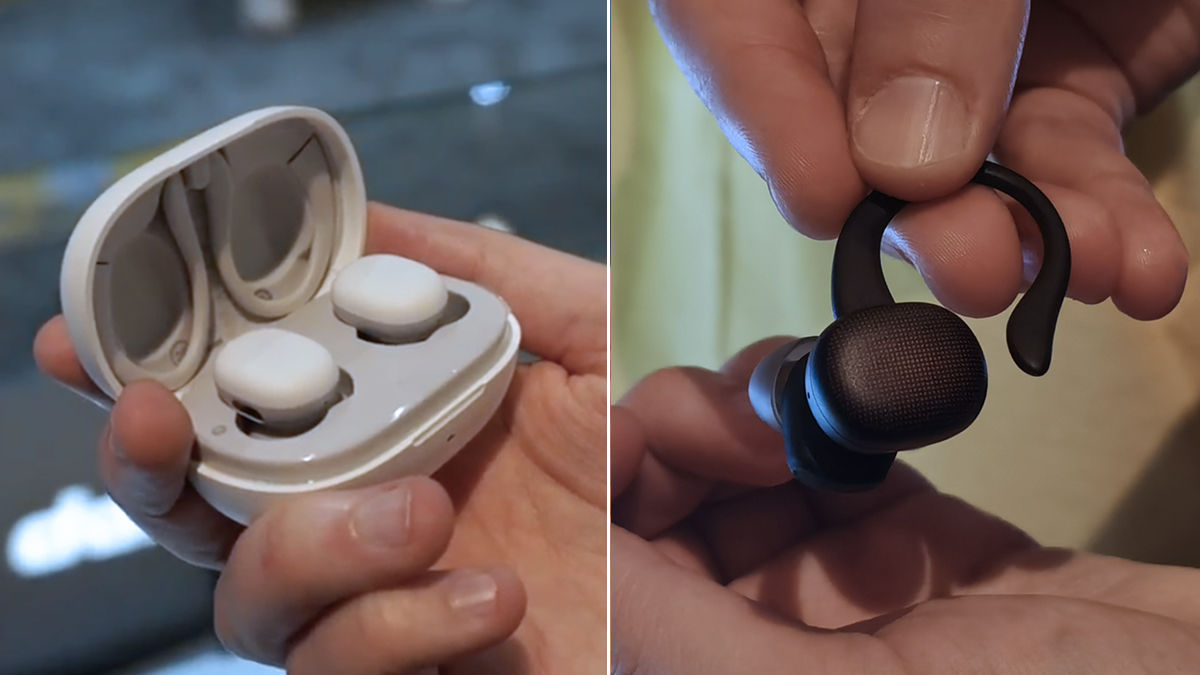 These metal-bodied buds also tote respectable IPX5 dust and water ingress protection, and come in three colours, launching in February for $99.90 (UK pricing is yet to be announced).

If PowerBuds are big and bombastic, the company’s new ‘smart sleep earbuds’, dubbed ZenBuds, are designed to be far more conservative and unobtrusive, aimed at granting users a better night’s sleep. 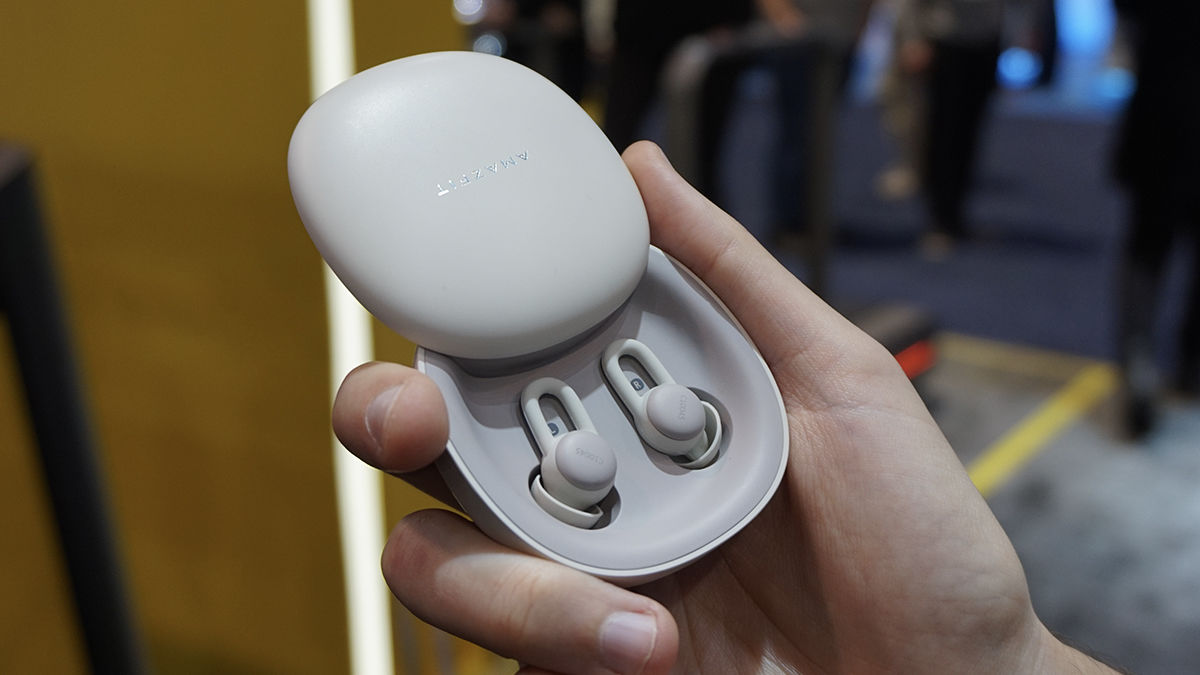 Their design allows for passive noise reduction but they can also track your heart rate and sleep position, which are then used to build a sleep report with the aim of improving the wearer’s sleeping habits.

The ZenBuds also come with a selection of soothing sounds built-in that play until you drift off (as they don’t deliver audio from your connected device), with the addition of a smart alarm to wake you back up, without waking up those around you, if desired.

The buds have enough juice for 12 hours use on a single charge, while the included charging case grants you eight nights of use per charge in total; meaning you can travel with them on short trips, without bringing a charging cable.

Huami said the ZenBuds’ expected launch window will fall sometime in February this year, with US pricing coming in at $149.90.

An addition to its entry-level Bip line of fitness-focused smartwatches, the Bip S sports a more refined design than its predecessors, along with a little extra clout. It’s still a squared, polycarbonate wearable but it comes in four new finishes, including some two-tone options. 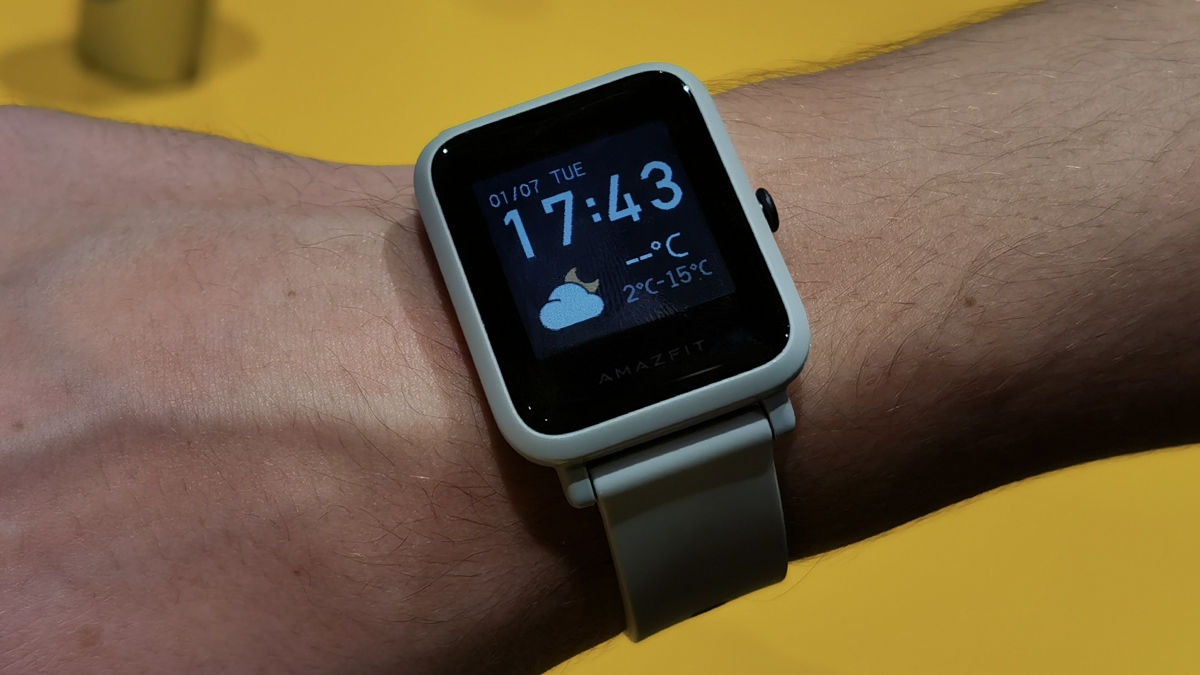 Internal hardware includes GPS (+ GLONASS), Bluetooth 5.0, the company’s PPG BioTracker optical heart-rate sensor and a 200mAh battery, which Huami says is good for up to 40 days of use on a single charge (with a recharge time of 2.5 hours).

As for the user experience side of things, the Bip S can track ten different activities, offers media playback controls and a selection of 40 watch faces. 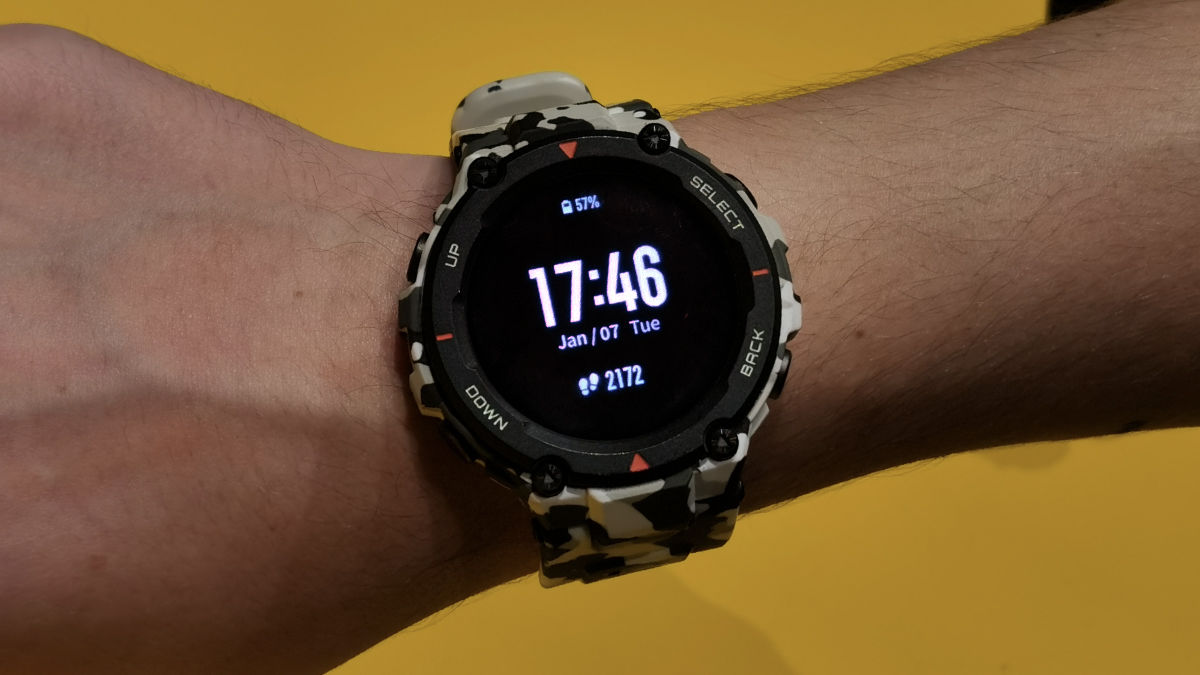 The polymer and metal casing features bracketed buttons and a raised bezel to protect its 1.3in always-on AMOLED (360×360) display, while the whole watch comes MIL-STD 801G compliant, meaning it’s happy in extreme hot and cold environments, can take a licking and keep on ticking,

Like the Bip S, the T-Rex includes GPS (+ GLONASS), an optical heart-rate sensor which offers continuous heart-rate tracking, plus rapid heart rate alerts, idle alerts and sleep analysis. There’s also a compass for even greater route tracing and water resistance up to 5ATM.

Huami describes the T-Rex as ‘triathlon-ready’ but it comes with tracking for 14 discreet sport modes, including outdoor skiing and mountain climbing.

The T-Rex comes in five colourways at launch: black, khaki, green, Camo and grey, offers up to 20-days use per charge and is available now for $139.90 in the US.

Easily the most surprising and impressive piece of the company’s CES launch portfolio, Huami stepped away from its usual assortment of wearables to unveil the HomeStudio fitness system; consisting of a slat-belt treadmill with multi-function support bars, a 43in Full HD portrait display, three JBL surround-sound speakers and a 3D ToF camera system (with a privacy screen). 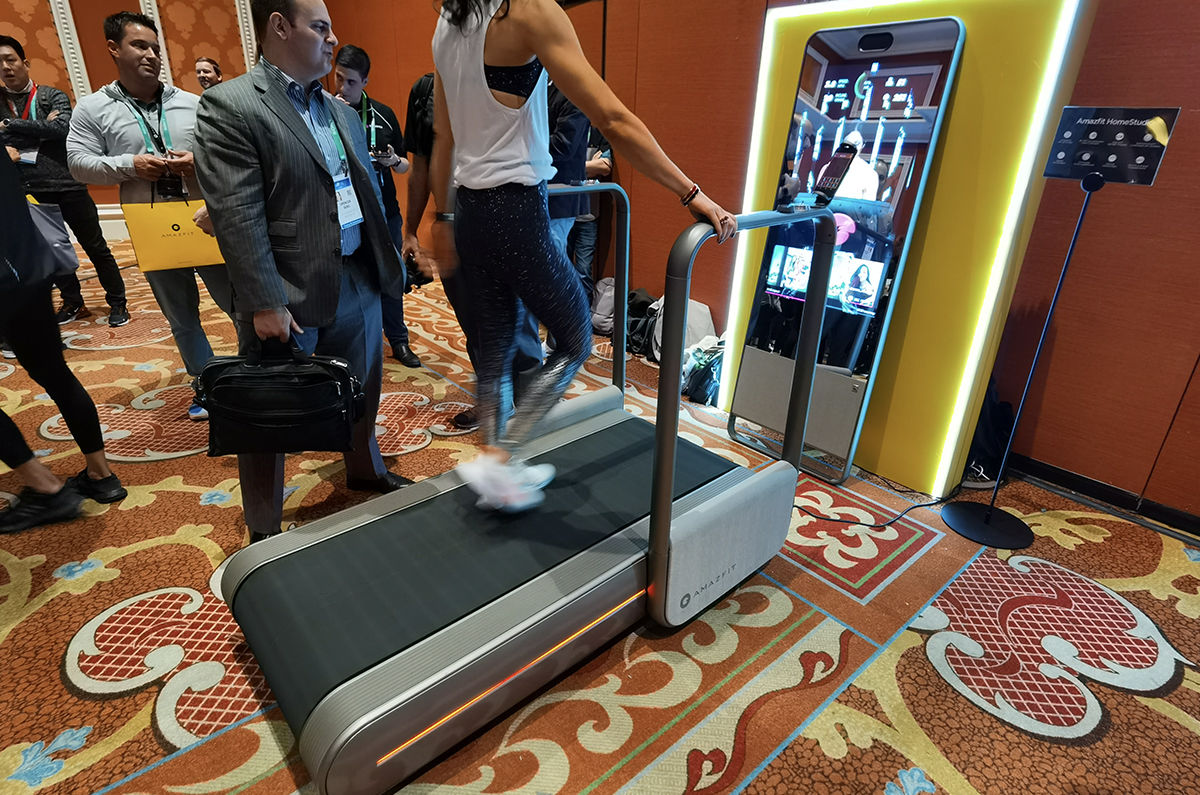 Users will be able to access a wealth of video-based workout classes through a partnership with Studio boutique fitness and connected functionality with the company’s fitness trackers and other wearables is also on the cards.

The treadmill offers 135cm-long, 51cm-wide running surface built from 55 rubber-coated aluminium slats. The machine tops out at 20 kilometres an hour, with up to a 7° incline, while the bilateral training bars on either side are equipped to handle up to 200lbs (100kg).

During training sessions, the system’s 3D ToF camera analysis your running technique to advise on corrective posture and position, as well as to reduce risk of injury.

A launch window for HomeStudio isn’t yet set, nor is price, however, expectations suggest it’ll arrive ‘soon’.

While the HomeStudio isn’t quite ready for prime time and might not slot into everyone’s home setup, the Amazfit AirRun is the company’s more conservative treadmill solution, which folds down in seconds for easy storage. 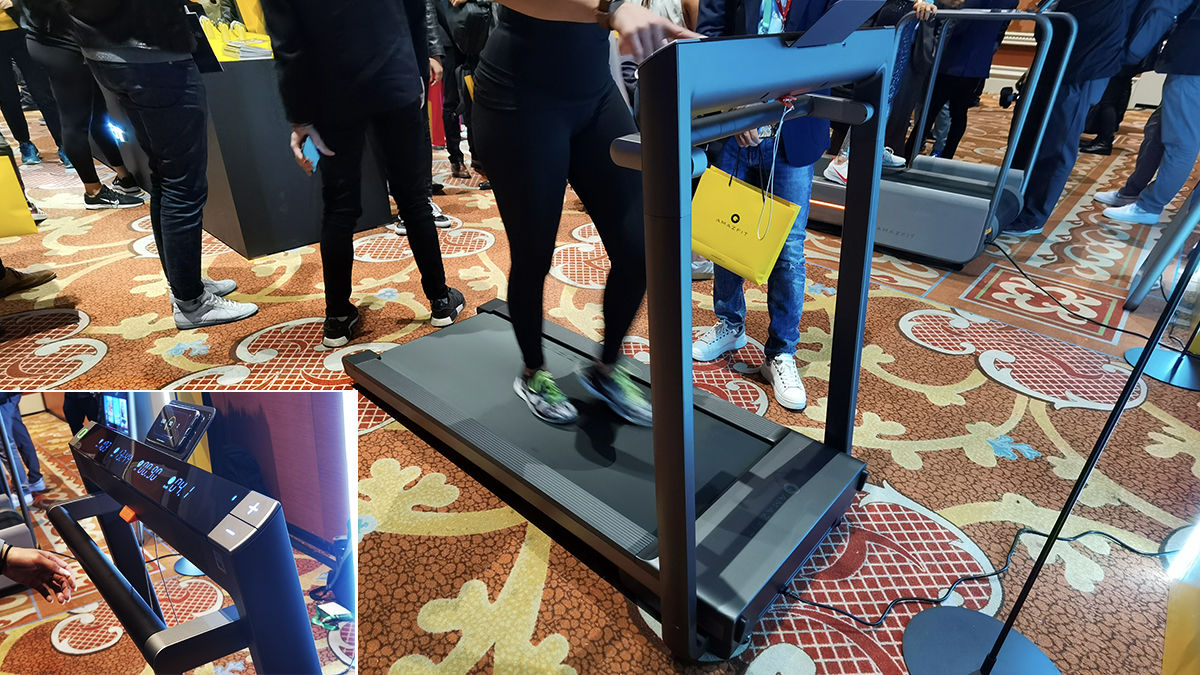 It features a continuous rubber belt with a diamond-cut tread pattern, forming a running surface that’s 130cm long and 50cm wide. In addition, Huami’s installed eight multi-layered shock absorbers, with the machine allowing for runners up to 100kg.

The instrument panel hides a duo of tuned JBL speakers and alongside speed and other standard information can also display heart rate by connecting to Amazfit wearables, as well as entries from Xiaomi’s Mi Band line.

Exercise courses can be downloaded via the treadmill’s companion app and the company says it’ll be pushing new features via software updates in future, such as a maintenance reminder feature. Speaking of maintenance, the AirRun even features integrated tools for simple upkeep.

Want to know more about Amazfit’s left-field move into treadmills? check out our feature on the HomeStudio and AirRun.