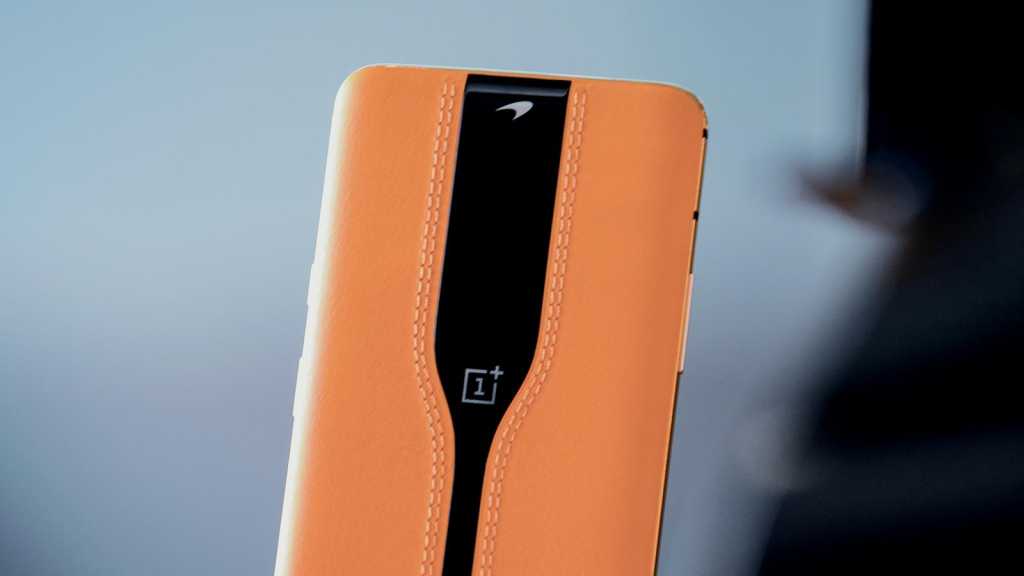 OnePlus has unveiled a concept phone at CES that is less a concept phone and more a minor update to its existing latest handset, the 7T Pro. In collaboration with McLaren, the OnePlus Concept One’s only new technology is glass on the back over the camera lenses that can change between transparent and opaque.

Taking inspiration from the sunroof of a McLaren supercar, the glass can be manipulated by the user in the software to hide or reveal the triple cameras. This is for aesthetic “because we can” flexing, but OnePlus also says it can be used as a polarising filter to give sharper photographs in bright light.

It works by using two sheets of 0.1mm electrochromic glass with a very thin colour shifting material between them.

On its own, the feat is clever. But it strikes us as a feature the company could have simply put on its next phone as a cool new piece of tech. Instead, it has shown its hand with a concept device that it does not plan to put on sale, on a phone with the exact same hardware and specs as the OnePlus 7T Pro McLaren Edition.

Aside from the special glass, the rear of the phone is coated in orange leather meant to recall McLaren’s supercars and F1 cars but to us phone nerds simply l ooks like an LG G4.

For OnePlus to whip up excitement over a concept device and then show what is practically its current phone is a tad disappointing. The company said it has worked on the glass technology for two years, but to show it off on a barely changed phone that won’t go on sale is anti-climactic and it might end up wishing it had saved the big reveal for a product it will actually sell – surely a better way to entice its famously loyal fans to upgrade?

OnePlus should be, and has been, applauded for pushing smartphone boundaries with this innovative new glass. But it seems like a missed opportunity to reveal it on a phone that not only won’t be sold but is also practically the phone it already sells.

It might be the company was tired of missing out on the tech trade show buzz – it normally does not officially attend CES, MWC or IFA, preferring to release its devices at its own events. Perhaps OnePlus needed McLaren’s dollar to produce the Concept One and wanted to show off the undeniably clever tech now that it’s working.

Either way, OnePlus must now actually put this feature into a future phone (maybe the OnePlus 8?) – otherwise what was the point in all this?