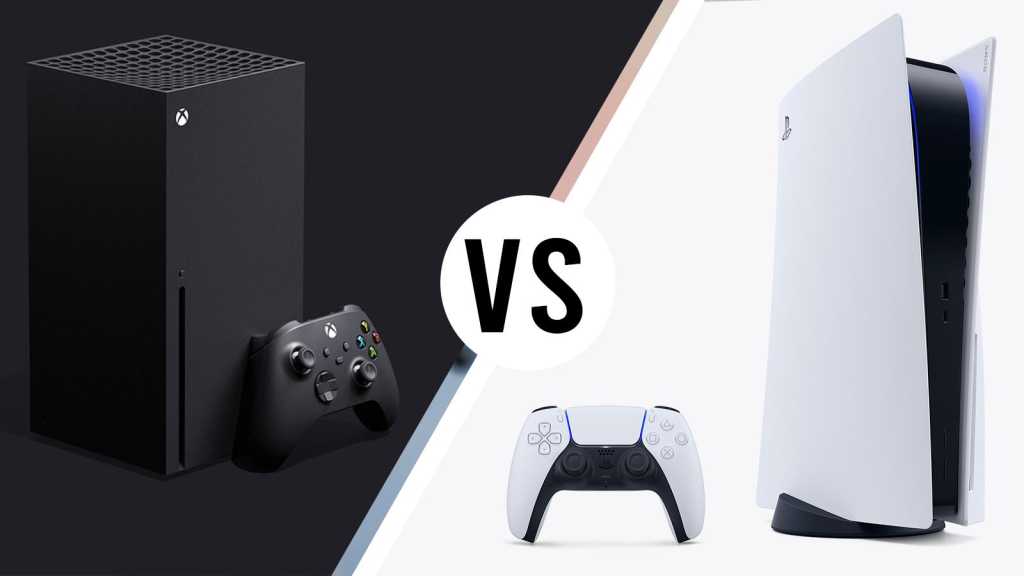 The PlayStation 4 and Xbox One have been two of the biggest and most successful games consoles of all time, but eventually the industry had to move on. Now it’s the PS5 and Xbox Series X’s time to shine.

With both consoles now out we know everything we need to about the next-gen PlayStation and Xbox – so how are you meant to decide which to buy?

Let’s break it down.

Both consoles launched within days of one another in November.

First up, the Xbox Series X is out now worldwide. It costs £449/$499, though there’s also a cheaper Xbox Series S for £249/$299 – that will play all the same games, but has no disc drive and has slightly lower specs, so won’t be able to handle 4K graphics. Here’s where to buy the Xbox Series X, as stock is limited, or check out our Xbox Series X review for our official thoughts on the hardware.

The PS5 launched just two days after the Xbox in the US and a few other markets, but the UK and Europe it arrived a week after that, on 19 November. It costs the exact same as the Series X – £449/$499 – and also has a cheaper variant. The PS5 Digital Edition is £359/$399, and has no disc drive, but unlike the Series S it has the exact same specs as its big brother so can still handle 4K gameplay. If you want to buy one, check out our full guide on where to buy the PS5.

This is a real departure from previous Xbox consoles, which have all loosely retained the same design. It can be placed horizontally or vertically, but even so it’s worth checking that this will actually fit into your home entertainment setup, as laid on its side it will be much taller/thicker than your average console.

In terms of ports, the Series X gives you power, Ethernet, three USB-A 3.1 ports, and one HDMI 2.1 out. There’s also a proprietary port for Microsoft’s custom SSD storage expansions – more on that later.

By contrast the PS5 is both more and less traditional. The overall shape is more similar to previous home consoles, with a flat thin form that can be laid horizontally or vertically – though overall it’s actually bigger than the Series X by volume, so it’s also worth making sure that you have a space it’ll fit in or on.

However, the flowing edges, white finish and blue LED lighting all represent a pretty radical departure in terms of design for Sony – though all these touches are mirrored in the accompanying DualSense controller.

As for ports, the PS5 gets you three USB-A ports (one ‘Hi-Speed’ and two ‘Super-Speed’ 10Gbps), along with a single USB-C port. Then there’s power, Ethernet and HDMI 2.1, just like on the Xbox. Note that there isn’t the proprietary port used for the PSVR, but Sony provides a free adapter for existing PSVR systems to work with the new console.

If you want some straight-up numbers, here are the two consoles’ dimensions:

Both consoles include fairly substantial performance boosts over their predecessors. The PS5 and Xbox Series X both sport AMD’s Ryzen CPUs, with a GPU from the same manufacturer to match.

On paper, the Xbox hits harder – with 12 teraflops of GPU performance against the PS5’s 10, plus a 3.8GHz CPU compared to 3.5GHz from Sony, but the Japanese giant has emphasised that its figures represent performance levels the PlayStation 5 will hit almost all the time, while Microsoft’s are simply peak performance, and not typical of normal usage.

It’s also clear that both Sony and Microsoft are eager to ditch the spinning hard drives of current-gen consoles, in favour of more efficient SSDs, though Sony has opted for a faster drive that should mean quicker game loads and easier game development compared to Microsoft’s offering. Microsoft gives you a bit more space though, with 1TB compared to 825GB on the PS5.

On memory, the two are effectively identical, with 16GB of GDDR6 RAM apiece.

Expandable storage differs, though. Microsoft has partnered with Seagate to offer custom expandable memory cards using a proprietary format, with just one available so far – a 1TB card for £219/$219.

By contrast Sony has said that it will support off-the-shelf internal M.2 storage, but with one caveat: cards will need to be the right size and speed to be supported, so don’t go stocking up on M.2 drives just yet, as the company is yet to reveal which will work.

Both consoles support ray tracing and 3D audio, and both tout their ability to run games at 8K, to support the new wave of 8K TVs.

Both consoles come with new, updated controllers, but that’s really where the similarities end.

The Xbox Series X controller is, fundamentally, very similar to the Xbox One pads. It has a new D-pad, tweaked ergonomics, a USB-C port, and a new Share button for social media. It still uses AA batteries for power unfortunately.

Otherwise it’s essentially the same pad. As a result, you can use the new gamepad with an older Xbox One, and can also use an Xbox One pad to play on the Series X, meaning there’s really no need to buy a whole new set of controllers for the new console unless you really want to.

Sony has introduced bigger changes. The DualShock 4 has now been replaced by the DualSense, and it’s had a pretty major redesign, with a whole new grip and aesthetic.

The biggest additions are new adaptive triggers which can provide force feedback – creating the sensation of pulling back a bowstring, or a gun jamming.

Elsewhere the Share button has become the Create button, there’s USB-C for charging, and interestingly, there’s a built-in microphone so that you can voice chat without buying a dedicated headset – though no doubt the quality won’t quite be the same.

The downside of all that new tech is that you won’t be able to use your existing PS4 controllers with the new console – except to play PS4 games. They won’t work on any of the new titles.

As with this generation, many of the biggest next-gen games will be available on both consoles. The likes of Assassin’s Creed Valhalla, Cyberpunk 2077 and Resident Evil 8 have already been confirmed for both PS5 and Xbox Series X, while major existing games like Fortnite and Destiny 2 will also appear on both sets of hardware.

In terms of exclusives, the PS5 has the Spider-Man: Miles Morales spin-off and Godfall at launch, with Horizon Forbidden West, Gran Turismo 7, God of War: Ragnarok, Final Fantasy XVI, and Ratchet & Clank: Rift Apart due in 2021 and beyond.

Bethesda’s Deathloop and Ghostwire: Tokyo will also both be timed PS5 exclusives, though are expected to arrive on the Xbox at a later date.

Check out our PS5 launch game list to find out which of these titles will be playable from day one.

As for the Xbox, we know it’ll get Halo Infinite, which is set to arrive in 2021. Further ahead there’ll be Fable, State of Decay 3, Everwild, Avowed, Forza Motorsport, Psychonauts 2, and Senua’s Saga: Hellblade 2.

Bear in mind that many of these Xbox exclusives will also arrive on the Xbox One and pretty much all of them will also appear on PC, so the Series X is likely to have fewer 100% exclusives in that sense.

We’ve also listed all the Xbox Series X & S launch games if you want to judge by which titles will be available on day one.

For PlayStation on the other hand, while most PS4 games will run fine on the PS5, the company has confirmed that there’s no backwards compatibility for older PlayStation console releases.

Finally, while we’re on games it’s worth mentioning Xbox Game Pass. This subscription service gives you access to a comprehensive library of Xbox games, including day-and-date access to many of the biggest new releases. That means committed Xbox players can actually save a lot of money in the long run on new games.

The Xbox Series X and PS5 are pretty close on pure specs: the Xbox may have the edge in raw CPU crunch, but the PS5 likely edges it on SSD speeds, so it’s really likely to balance out.

Which design you prefer will be up to you, but we’re fans of the fact that the PS5, while bulky, will still fit into most existing console setups. We don’t trust that the Xbox Series X will do the same, thanks to its unorthodox, boxy design.

As always though, it really comes down to games. Last generation, Sony undoubtedly trumped Microsoft on exclusives, and so far it looks likely to do the same again, with new God of War and Horizon games already lined up.

Microsoft’s decision to release every big game on PC too is a boon for multi-platform gamers but reduces the need to buy an Xbox in its own right.

For those who can afford it, the optimum setup is likely a PS5 and a cheaper Xbox Series S for those Microsoft exclusives and Game Pass. If you can only afford one, grab the PS5 for the exclusives. And if your budget is even more limited, grab either Xbox and rely on Game Pass to give you access to the biggest releases for less.