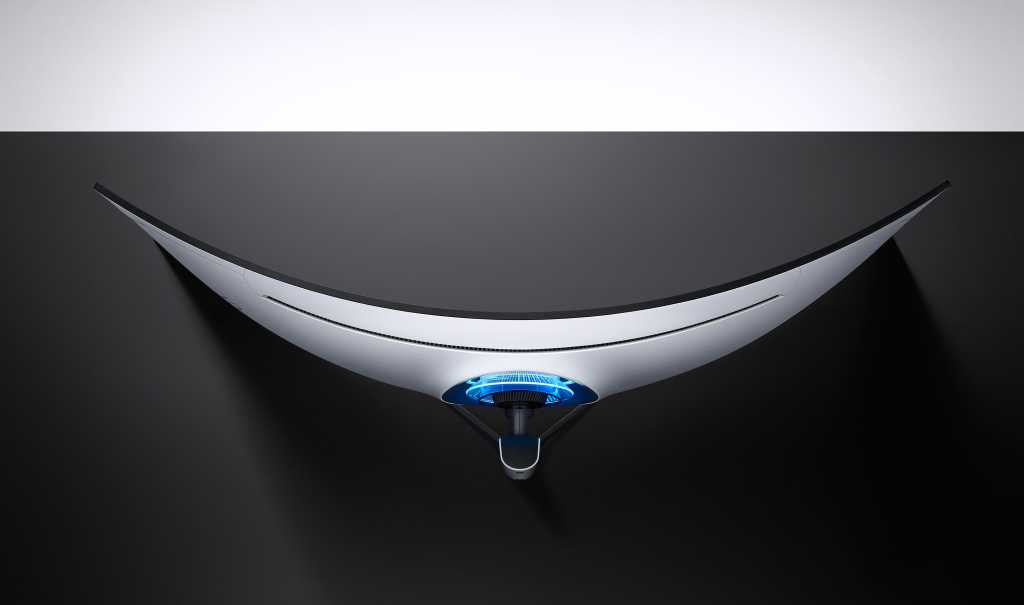 Curved displays are getting curvier, whether you like it or not. At CES 2020 the world’s first 1000R curved gaming monitors have been unveiled by MSI and Samsung, running the gamut of sizes from 27in right up to a whopping 49in.

This is the curviest a gaming monitor has gotten yet, essentially matching the curvature of the human eye – and a banana, going by MSI’s striking social media reveal. In theory that means this is optimal curviness, meaning we may not see future monitors curve up any more than this – though never bet against the tech industry finding a way to amp up specs for no good reason.

The ‘R’ stands for radius, with the 1000 meaning millimetres. Essentially imagine the monitor extending to form a full circle – if it did, it would be a circle with a radius of 1000mm, or 1m. Monitors with larger ‘R’ numbers are less curved, so would form larger circles, with larger radii – up until now 1800R was about as curved as even they got, so the leap to 1000R is fairly significant.

A 1m radius also means that the screen should look its best when you’re sitting a metre away from it – which is, give or take, about how far most people are when using a PC monitor anyway. And essentially that’s the pitch here: curved display tech has finally hit the point where it matches both your eye and your desk set-up, for optimal results.

What kind of results? Well, the curve helps to deliver deeper blacks while simultaneously reducing glare. Matching the natural human field-of-view with 1000R means better immersion while gaming, along with reduced eye strain. MSI even claims it helps deliver faster reaction times for gamers, though I’ll admit I’m not quite sure how they worked that one out.

If you’re in the market for a monitor – curved or not – make sure to check out our ranking of the best gaming monitors we’ve tested, including some from both MSI and Samsung.

Samsung was the first to tease 1000R panels back in November, and the company has gone all in with three different models for its own line. The flagship is the Odyssey G9, a 32:9 ultrawide, 49-inch behemoth with a refresh rate of 240Hz, 1ms response time and a Dual Quad HD (DQHD) 5120×1440 resolution, plus HDR 1000 and support for both Nvidia G-Sync as well as AMD Radeon FreeSync 2. 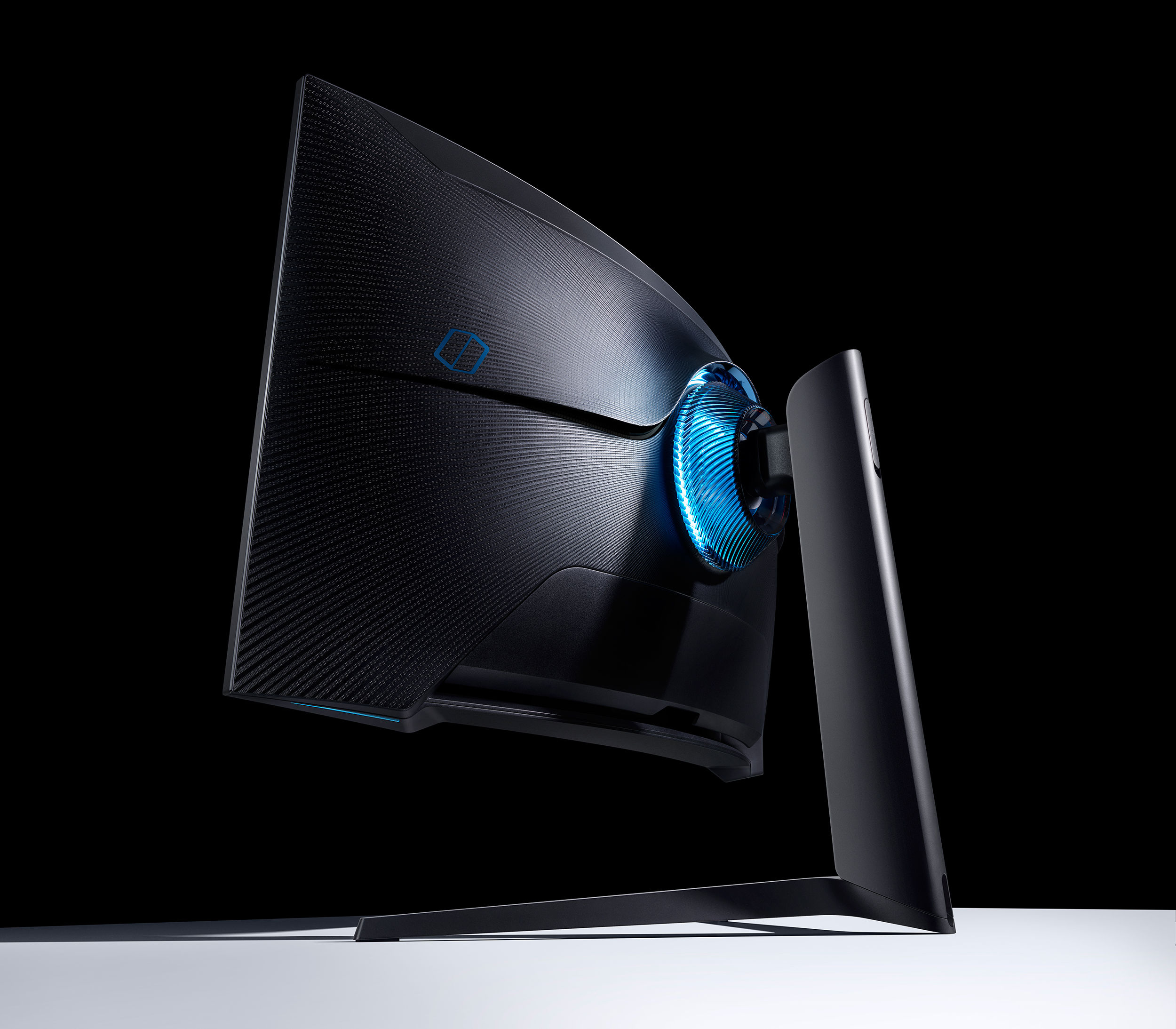 The G7 – available in 27-inch or 32-inch sizes – is only slightly less extravagant. It’s in a more reasonable 16:9 aspect ratio and Quad HD (QHD) 2560×1440 resolution with HDR 600, but otherwise performance is essentially the same, with 240Hz refresh, 1ms response, and G-Sync/FreeSync support to boot.

Both come in a space age design with a glowing blue core on the textured rear, with the G9 in an eye-catching white, and the G7 a more traditional black. You’d certainly never accuse either of looking restrained though.

By contrast, MSI’s take on the format is almost understated. The MAG342CQR (just rolls off the tongue, doesn’t it?) is an almost unassuming black slab, a bezelless beast with a refreshingly clean aesthetic that you’d never normally associate with MSI.

At 34 inches at 21:9, the size and aspect ratio sit somewhere between the G7 and G9, as does the 3,440×1,440 resolution, meaning this could end up a bit of a Goldilocks contender for those stuck deciding between Samsung’s options. 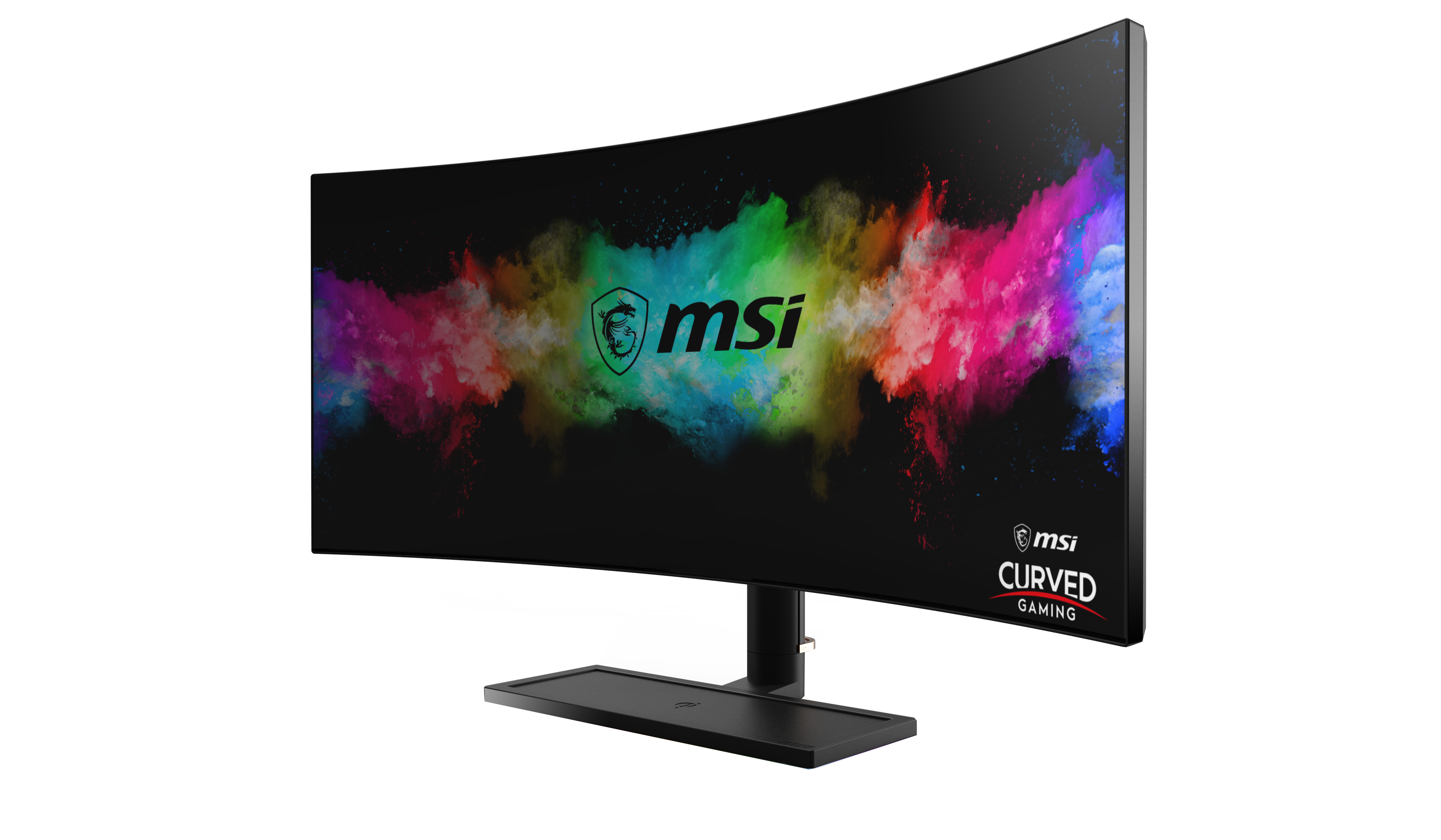 It matches the 1ms response time, but drops to HDR 400 and refresh rate is ‘only’ 144Hz, but outside of esports few need a display any faster than that anyway, and if it helps keep the cost a little lower – neither MSI nor Samsung has divulged price or release date info yet – it could prove a smart omission.

It also leaves the company with somewhere to go from here. With 1000R there’s not really much scope for screens to curve any further without image quality and the viewing experience actually getting worse (though, again, never bet against tech companies doing that anyway), which means curved monitors are now stuck following the same trends as the rest of the monitor market: faster refresh rates, higher resolutions, and greater colour accuracy.

That may not be such a bad thing though. Despite their benefits, curved monitors are still somewhat of a niche proposition, even in gaming, and maxing out curvature may help manufacturers stop chasing rounder and rounder displays and get back to focusing on the other specs that matter.

With Samsung’s G9 clearly topping out on specs, MSI has instead touted the MAG342CQR as the ‘first’ 1000R gaming monitor, having teased it back in December. That’s nearly irrelevant when it comes to near-simultaneous CES reveals though, and the real test will be which company can actually get a monitor to market first – and in a form people want to buy.

The G9 may be the headline grabber, but I’ve yet to meet anyone with a desk it would fit on, so here the smaller screens are probably the ones to watch.