MSI teased some of its biggest CES 2020 announcements back in December – including the world’s first laptop with a mini-LED display – but it saved a few surprises for the show, including a pair of flagship gaming laptops that each come out swinging in different directions.

The GE66 is the flashier of the two – quite literally. In addition to the now-standard per-key RGB-lit keyboard (with SteelSeries Game Sense support), the GE66 boasts a separate RGB light bar that runs along the bottom edge of the laptop, lighting in sync with the keyboard for a splash of extra colour. “Light ’em up,” as the tagline goes.

With a chunky back-end jutting out behind the screen, MSI says the design was inspired by spaceships (which checks out, as it looks suspiciously likethe similarly sci-fi Alienware designs). To go along with that, the company has teamed up with artist Colie Wertz, who’s worked on the likes of Iron Man and Star Wars, for an orange spaceship special edition. 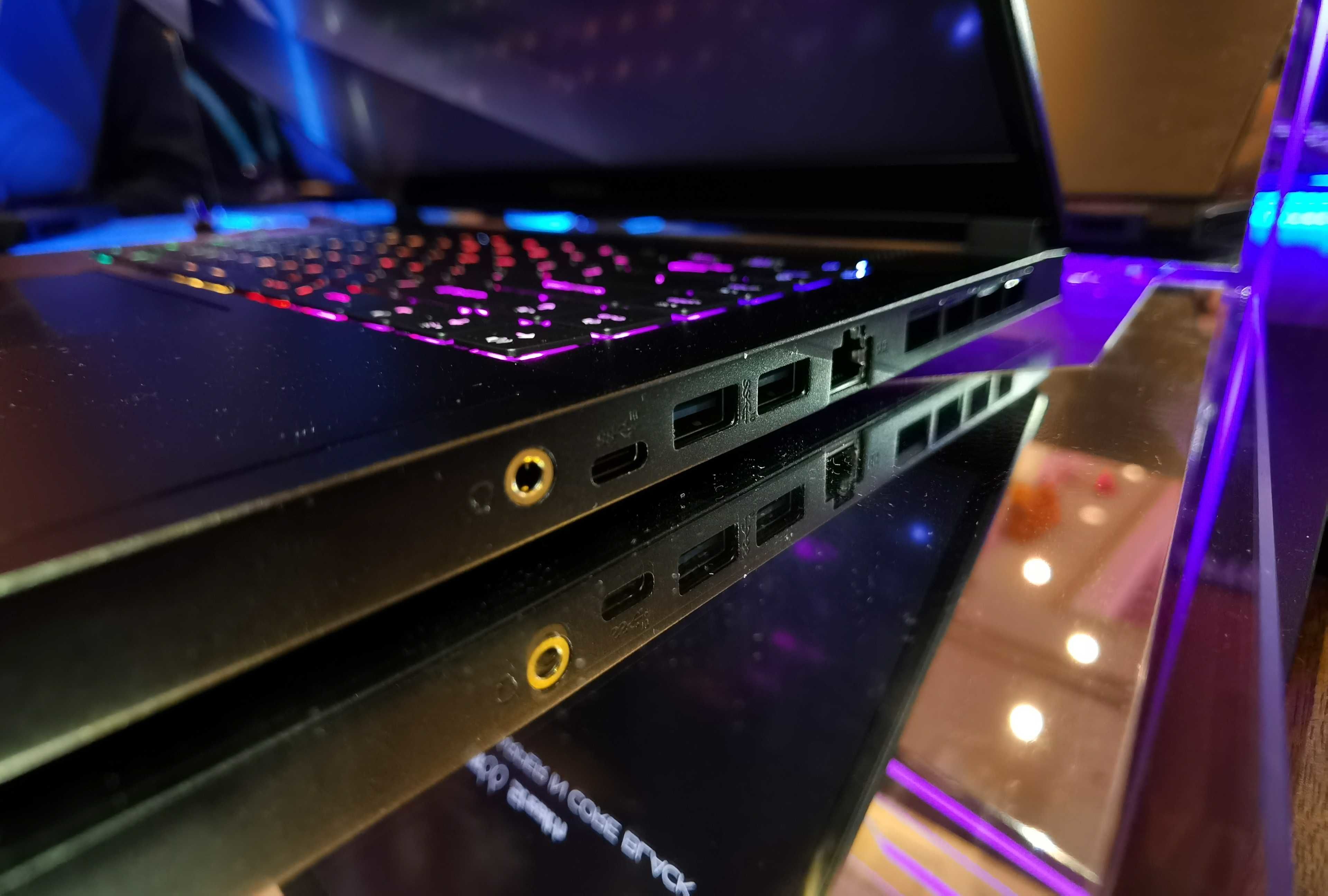 Then there’s the GS66 Stealth. It’s lighter and slimmer (though still a bit of a beast), with most of that space saved thanks by the move to a new fan system with 0.1mm blades – the thinnest in the world. It’s all-black (well, except for the RGB keyboard, of course), with even the MSI logo now engraved in black to match.

The GS66 also boasts a custom audio system. Supplied by Dynaudio, the speakers are now top-firing, but passively radiate sound in two directions at once for extra oomph.

Despite all the differences, under the hood the GS66 and GE66 are pretty similar – and that’s actually where they’re at their best. Both use 10th-gen Intel CPUs and Nvidia graphics, running up to the top of each company’s current spec. We don’t know specific RAM and storage specs yet, but expect them to impress.

What’s more important is that both feature the option of a 300Hz refresh rate display, putting these among the first laptops in the world to feature the (frankly unnecessary) ultra-high refresh rate.

Then there’s battery. MSI has crammed in as much power as it can – quite literally. Both models includes 99.9Whr batteries, sitting just below the maximum capacity that the TSA will allow on planes. In practice that should mean 10 or so hours of battery life, even with gaming, though no doubt the 300Hz display option would eat into that pretty quickly.

No word on pricing for either model yet, but expect to see them ‘later in 2020’. So it could be a while.

Beyond those two laptops, MSI also unveiled one of the world’s first 1000R curved gaming monitors – joining Samsung’s, though they use the same Samsung panel – along with a portable USB-C gaming monitor, the aforementioned mini-LED display creator laptop, and for some reason a pair of true wireless earbuds, of all things.