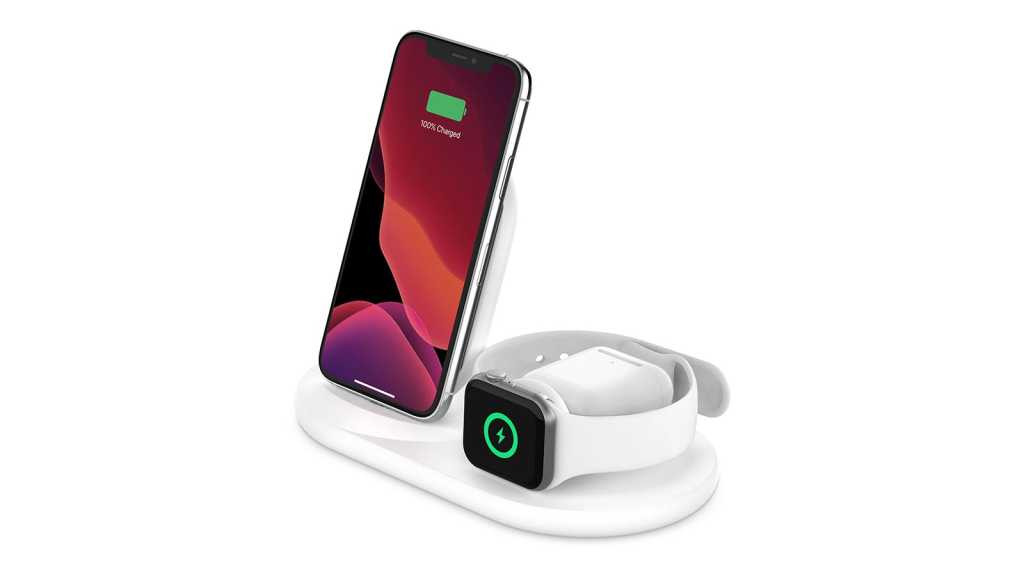 Apple famously announced and then unceremoniously cancelled AirPower, its minimalist charging mat that it promised would be able to charge your iPhone, Apple Watch and AirPods simultaneously. Just throw them on it, anywhere, they said.

Well, it didn’t work. And probably caught fire. So, Apple cancelled it.

At CES 2020, trusted Apple accessories partner Belkin has announced its Boost Charge 3-in-1, a more clunkily-named by entirely more practical version of the triple charging dream. Its design is more obvious and familiar, with a stand to rest your iPhone, while your AirPods sit in a divot that your Apple Watch’s band encircles while it charges on an upright connector.

Available in black and white, the latter looks a little like AirPower but with two standing portions for Watch and iPhone. This means that if at a desk or bedside table you can put your Watch in Nightstand mode to use as an alarm clock.

Belkin also announced the £49.99 Boost Charge Dual Wireless Charging Pads 10W (below) and it really does what it says on the tin. Available from May, it looks like AirPower even more than the 3-in-1, but Belkin says it can only charge two phones at once – so you may be out of luck with AirPods and definitely with Apple Watch.

It could be a handy accessory if you and your partner both have a wirelessly chargeable phone and want one place to put them down in the house to give some juice.

Belkin released a slew of other charging accessories at CES that you can check out on its website.