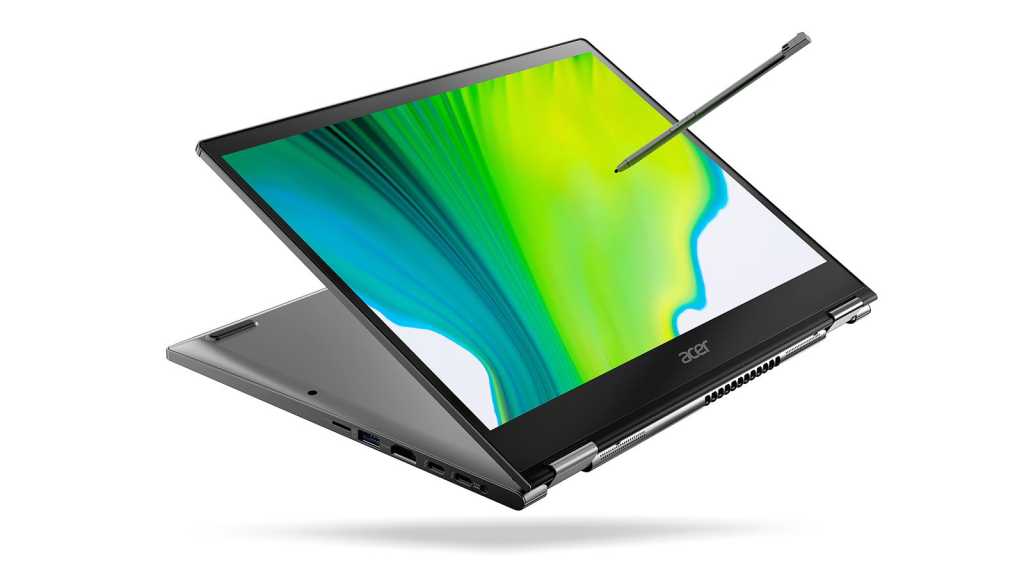 Acer has updated its Spin 3 and Spin 5 consumer focused convertible laptops with 10th-gen Intel chips and a thinner design. Both laptops come with a Wacom stylus for input on the touchscreen displays and have keyboards that hide the keys when the 360 hinge is used to fold it back into tablet mode.

By comparison the cheaper Spin 3 cuts some corners with a Full HD display that’s a traditional 16:9, slightly cheaper materials weighing in overall at 1.5kg and less power under the hood.

Both laptops come with the Acer Active Stylus that has 4,096 pressure levels, but the Spin 5 is compatible with a more advanced 2.0 version that it annoyingly does not ship with. A 15 second charge of the pen in the internal storage space on the laptops gives it 90 minutes of active use.

The Spin 3 and Spin 5 rely on Intel’s Iris Plus integrated graphics, so don’t have dedicated GPUs – so even the Spin 5 at its top spec won’t be able to handle graphically intense games. You get all the usual features like HD webcam, Cortana support and dual speakers, plus it’s good to see Wi-Fi 6 support on both models.

If you’re in the market for capable, affordable touchscreen laptops then the Spin 3 and Spin 5 should be worth a look, particularly if you can afford to upgrade the RAM to 16GB, making both solid consumer choices for 2020.