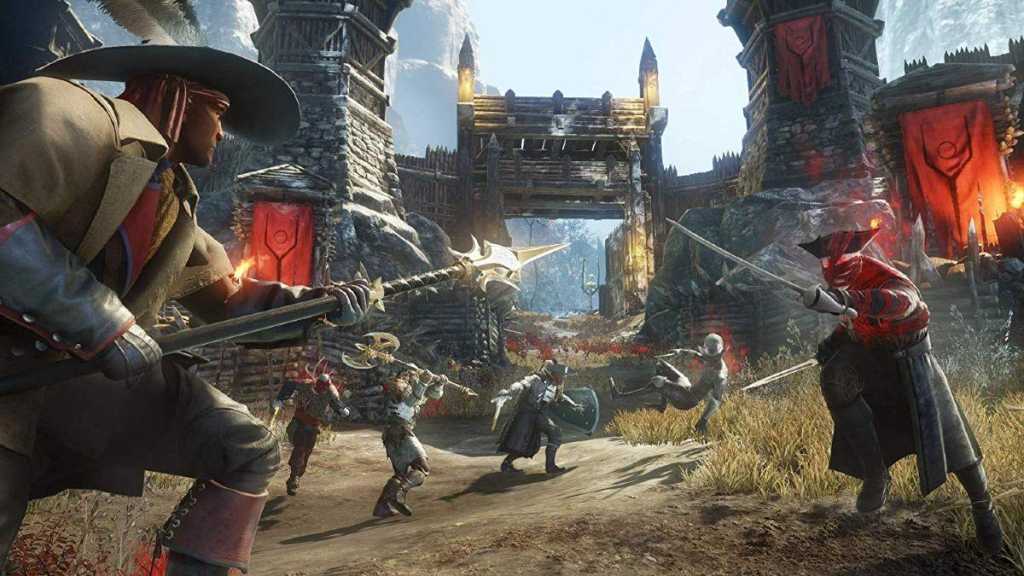 Amazon Game Studios has been trying to become a top-tier AAA studio for years, but a rocky start has seen mixed feedback to its Grand Tour spin-off game, and the disastrous launch of online shooter Crucible, which immediately returned to a closed beta state.

Now all the company’s hopes lie in New World, a giant MMORPG that itself has had a troubled journey so far, with repeated delays and a total tonal shift along the way.

When will New World be released?

That’s a result of the game’s third delay – first it was moved from May to August 2020 as a result of the coronavirus pandemic, then it shifted to spring 2021 with the aim of adding more “middle and endgame experiences” according to the game’s developers, and now it’s moved back once more to the end of summer.

This time, the shift is to allow time to “work on compelling end-game features we believe are important to include at launch,” according to a development update.

Nonetheless, you can still pre-order it from Amazon now for £34.99, while a Deluxe edition is available for £43.99. Both versions are also available to pre-order on Steam. Anyone who pre-orders will get access to the game’s closed beta test when it begins on 20 July.

Check out our full guide to the best upcoming games for more to play in the meantime.

What platforms will New World be playable on?

New World will only be playable on Windows PCs.

However, there are rumours that Amazon could be launching its own cloud gaming service, currently codenamed Project Tempo, and New World would likely be one of the flagship games on that service.

Here’s the latest New World trailer, released at The Game Awards in December 2019:

What can we expect from New World?

New World was originally set to be a semi-historical MMO, set in a lightly fictionalised version of America in the 1600s as it was first colonised by Europeans.

Since then the game has pivoted away from that potentially controversial setting, and the game is now based in a more traditional fantasy setting: Aeternum, also known as the Eternal Isle.

You’ll someone summoned to the Isle, and will have to fight against the legions of the Corrupted as you work with – or against – other players to establish territory and fight back.

New World involves players both teaming up and competing against one another, While you may be working together to scavenge resources and build a settlement. These other players will now be considered your friends, and you will work together to defend the settlement from rival online players. There’s also a clear emphasis on attacking other settlements, killing players to take their resources too.

Solo gameplay can also be hugely challenging, as you battle a host of monsters and other players out to kill you. However, it remains to be seen how well this game will perform with dozens of players occupying the same map, with a number of promising titles in the past being exposed for their patchy online gameplay.

If you’d like to read more, read our full preview of the game – though note that this is from before it changed to a more traditional fantasy world.