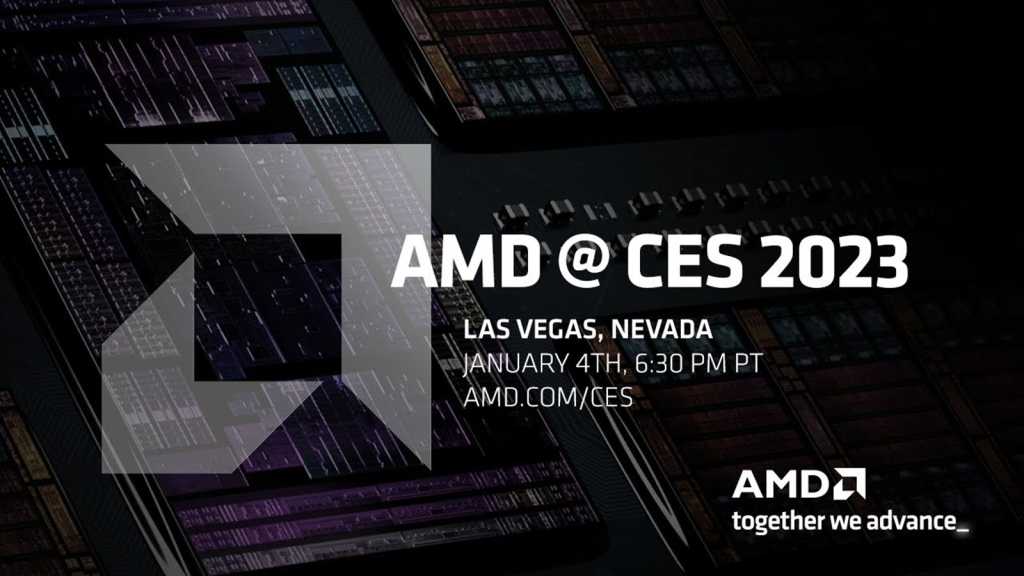 After two pandemic-affected years, a full in-person attendance is expected at CES 2023.

But that doesn’t mean you need to be in Las Vegas to see what some of the biggest tech companies have in store for this year. Many of the biggest manufacturers are livestreaming their keynotes around the world, allowing you to watch from the comfort of your own home.

AMD is one such company, with the US chip maker regularly using CES for some of its most significant announcements. Here’s everything you need to know about its upcoming event.

When is the AMD CES 2023 press conference?

It should last around an hour, but don’t worry if you can’t tune in live. The stream will be available to watch back later.

How to watch the AMD CES 2023 press conference live stream

If you do want to watch along live, it’s very easy to do so. The easiest place to watch is on AMD’s official YouTube channel – we’ve embedded the stream below, so just click play to start watching.

If you’d prefer, the event is also available to watch live via the CES 2023 page on AMD’s website. Here, you can add it to your calendar so you don’t forget about it.

The CES 2023 keynote stream will be accessible not only via AMD’s CES 2022 page but the company’s YouTube channel too. We’ve embedded the stream above, so head back later to see what AMD has up its sleeve.

AMD has indicated that the keynote will cover AI, gaming, entertainment, healthcare, automotive and aerospace, but it’s the first three that are most relevant here.

It’s widely expected that we’ll see the expansion of the Ryzen 7000 Series, with more desktop CPUs (including a potential 3D V-Cache chip based on Zen 4) and the introduction of mobile processors for laptops. An official roadmap from the initial announcement in August 2022 hinted at chips for both thin & light and ‘extreme’ gaming laptops.

All are expected to feature a 5nm process, Zen 4 architecture, support for DDR5 RAM and PCIe Gen 5. Most of these specs will also be present on less powerful CPUs designed for general productivity and everyday use, although budget CPUs may drop down to Zen 3.

New additions to the RX 7000 Series GPUs are also expected, with more affordable alternatives to the existing lineup (which starts at $899). However, we aren’t expecting successors to all the graphics cards in the RX 6000 range.

We may see, RDNA 3 graphics that are designed for mobile devices too, which should boost gaming performance without needing to rely on Nvidia GPUs. Integrated graphics solutions may also be getting an upgrade.

Of course, the only way to know for sure is by tuning into the AMD event. But if it’s CPU and GPU news you’re after, Tech Advisor will have all the key details.