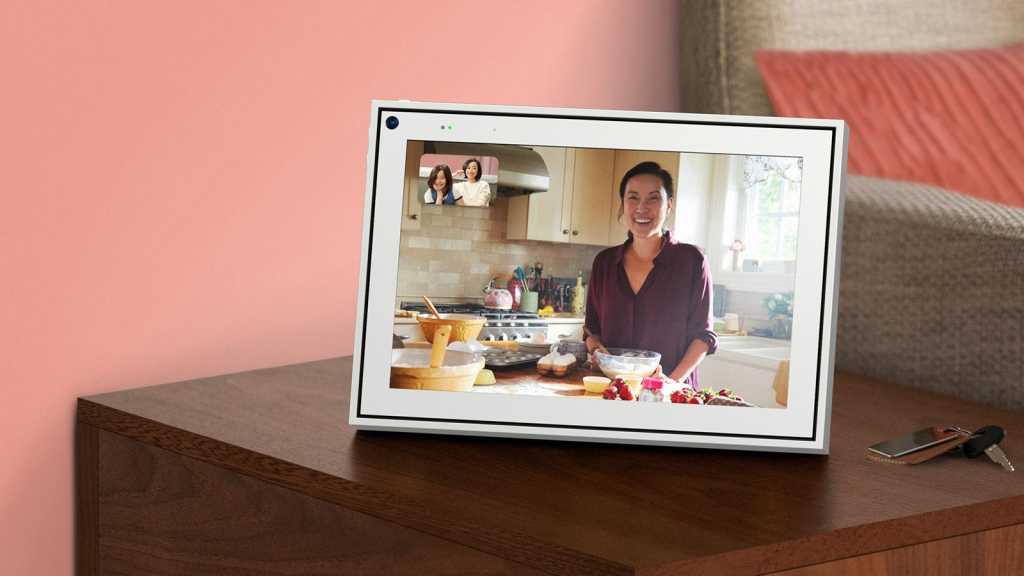 Facebook has announced a significant software update to its Portal smart displays and TV camera. The update for the Portal, Portal mini, Portal+ and Portal TV adds WhatsApp login so you can place calls over the service instead of Facebook and the ability to stream via Facebook Live.

Being able to video call over WhatsApp might make the Portal a more tempting buy if you didn’t want to make calls over Messenger (remembering WhatsApp is owned by Facebook).

The company also added Workplace, Facebook’s coworking app, in case you want to place professional calls over the service. It also added Watch Together to let you watch Facebook content simultaneously over video with someone else on a Portal.

Less seriously there’s also a new thing called Mic Drop which is basically a video lip sync battle set up. Photobooth, a mode already available on the smart displays is now compatible with Portal TV, the TV add-on camera hardware for the Portal service that Facebook also sells if you want to get hold of these features.

The Portal line up is Facebook’s first foray into consumer tech hardware and is similar to the Google Nest Hub and Amazon Echo Show – standalone, mains-powered displays with voice assistants and (usually) cameras built in for video calling.

Perhaps more usefully, Portal also now works with Amazon Prime Video in the US, UK, Canada and France, meaning Portal is slowly picking up streaming partners and morphing into an entertainment hub rather than just a FaceTime alternative. Given the number of Facebook users in the world, the opportunity is there for the company to own this space – if people trust it enough to buy it in the first place.

There are privacy concerns about every smart display and smart speaker but given the Cmabridge Analytica scandal and the fact Facebook doesn’t encrypt Messenger by default, you might want to think twice before buying a Portal.