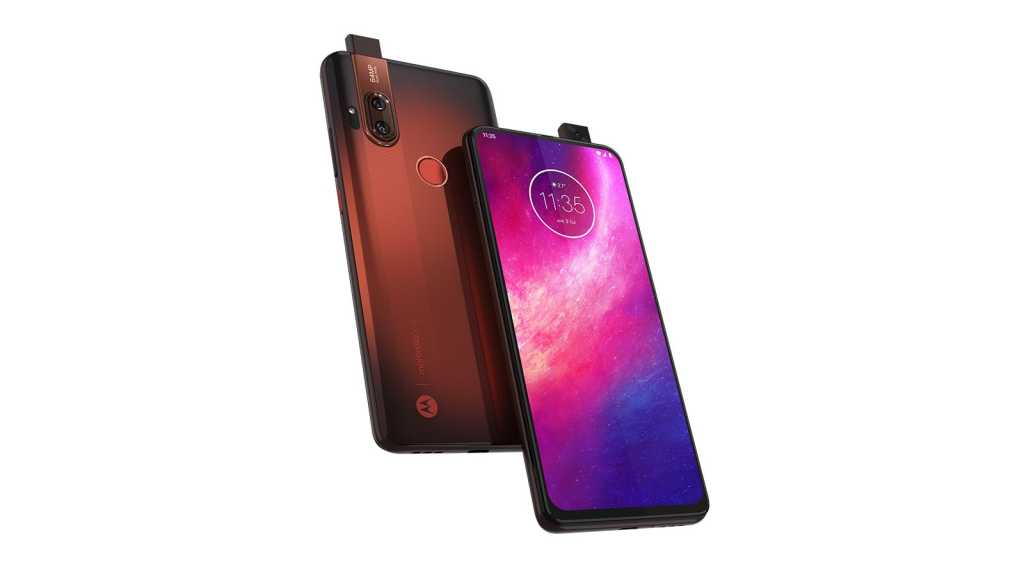 Motorola has announced the Motorola One Hyper, a mid-range phone named so in reference to its super-fast 45W charging capabilities. The phone has a 4,000mAh battery, Android 10, a 64Mp main camera and a pop-up selfie camera that allows for a display without a notch.

Motorola claims a 30-minute charge will power the phone from dead to 75%, which is indicative of where battery tech is going – if our phones won’t last for days, then at least we can charge them incredibly fast.

The One Hyper sports dual rear cameras with a 64Mp main and 8Mp ultrawide on the back. The main camera and front camera have Moto’s AI night mode built in. There’s also a headphone jack and a light around the rear mounted fingerprint scanner that lights up when you get notifications.

A neat touch is the inclusion of the Google CameraX API that means using the viewfinder in apps like Instagram will take full advantage of the camera’s HDR, night mode or portrait mode. This is the same as on Pixel phones, but some phones can’t use their full camera tech unless you’re in the main camera app.

Under the hood is a Snapdragon 675, a chip known for its power efficiency, so this could be a phone that ekes out two-day battery life (Motorola claims 38 hours of continuous use). Add to that the expandable 128GB storage and 4GB RAM and this looks like a neatly capable, attractive mid-range Motorola phone. Having said that, there are an awful lot of them.

The One Hyper is on sale now in Deepsea Blue or Fresh Orchid colours in the US for $399 and in the UK in mid-December for £269. We’ll be reviewing it soon.