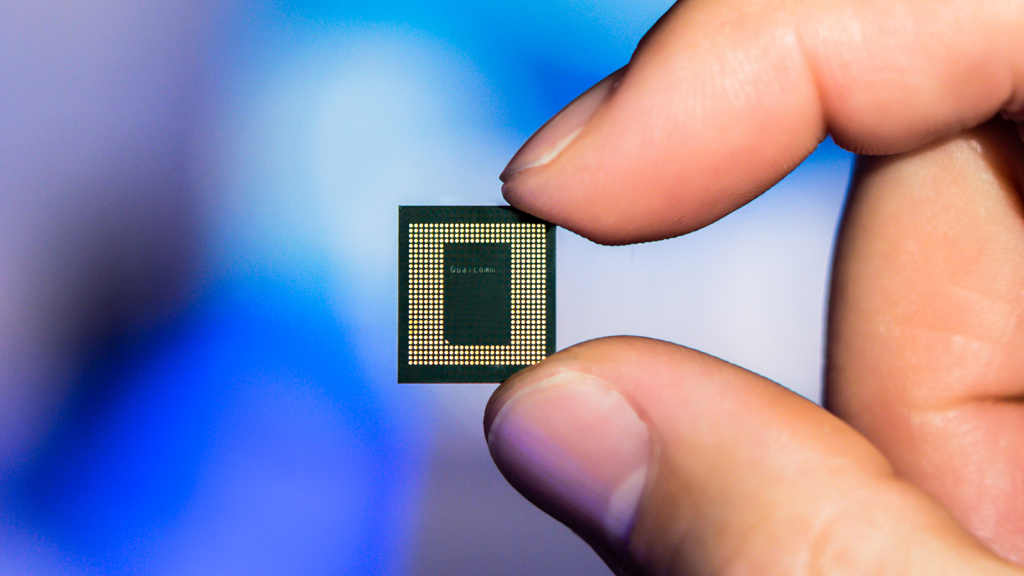 The Snapdragon 865 is official, with ridonkulous specs that will essentially dictate the terms of the Android smartphone market for the next 12 months, as the de facto chipset for most flagship phones.

Manufacturer Qualcomm announced the new chipset at its annual Snapdragon Tech Summit in Hawaii. Here’s what we know about the 865, from core specs and performance through to 5G support, which phones will run on the chip, and when the first Snapdragon 865 phones will come out.

There’s not a lot that the Snapdragon 865 that’s entirely new, but there’s a lot it does that’s better, faster, or more powerful than the previous generation 855 and 855+.

At the heart of the chipset are the new Kryo 585 CPU and Adreno 650 GPU, each of which boasts a 25% performance upgrade over last year’s models, with up to 35% more power efficiency too.

AI has been boosted too, with a new Hexagon 698 processor dedicated for artificial intelligence and machine learning, which now runs through most of what you do on your phone anyway. Here there’s been a 4x boost in operations per second, and as a whole the 865 has doubled AI performance with 15 trillion operations per second when you factor in the CPU and GPU too.

On the RAM front there’s support for both LPDDR5 and DDR4 RAM, and Qualcomm said it will be up to manufacturers to decide which to support.

The GPU has an extra new feature. As part of a push for new gaming features Qualcomm has introduced updateable gaming drivers for the Adreno 650, so that the hardware performance can be tuned for specific games, with the drivers delivered through an app available in the Google Play Store, though we’re not sure if each driver will still need to go through the phone manufacturers for approval or optimisation before you can download them.

Games should look better too, with support for 144Hz and variable refresh rates, and embedded features like HDR Fast Blend and Game Color Plus that will boost colour saturation, details, and particle rendering. 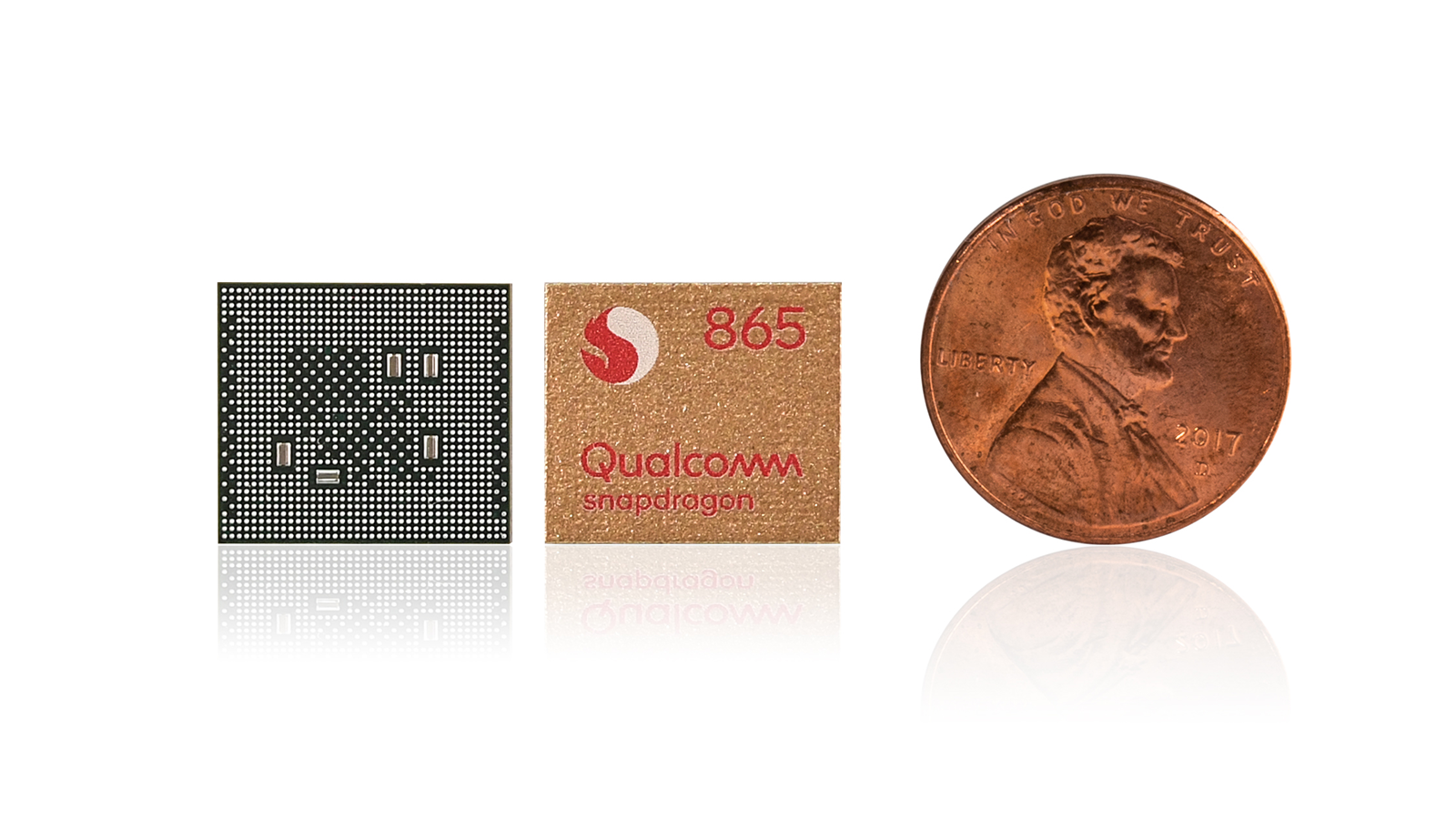 We expected Qualcomm to announce an integrated 5G platform for the 865 – meaning 5G support baked right into the core of the chip – but instead the company surprised us by announcing that it would instead use a separate X55 5G modem.

That basically means it’ll take up a little more space and require a slightly higher power draw than an integrated solution, but it doesn’t sound like you should expect separate 4G and 5G versions of the chip. Qualcomm’s Keith Kressin confirmed that every Snapdragon 865 will ship with an X55 modem included and so will be 5G-capable.

“You can market it as 4G if you want,” he said of manufacturers, “but the X55 also supports 5G… We’re not aware of a single [manufacturer] that’s planning to market the 865 as 4G.”

The modem should be capable of speeds up to 7.5Gbps (though good luck finding that anywhere), across Sub-6 and mmWave bandwidths, as Qualcomm continues to push for both ends of the 5G spectrum. It’ll also support dynamic spectrum sharing, carrier aggregation, and more, to improve 4G and 5G performance as much as possible.

Beyond 5G, there’s Wi-Fi 6 support up to 1.8Gbps and Bluetooth 5.1, along with support for the new AptX Voice codec for extra clarity in voice calls.

Arguably the most exciting developments come from the camera end, with Qualcomm paving the way for ever higher megapixel counts.

The new Spectra 480 image signal processor (ISP) can process two gigapixels per second. That means shooting 4K at 120fps or 8K at 30fps, or even 960fps slow-motion video without any time limitations (well, beyond storage and battery, that is), so you don’t need to worry about missing the exact moment. There’s also support for capturing footage in the Dolby Vision HDR standard – not only a first for phones, but a first for any consumer camera.

It’s stills that will really catch people’s attention though, as the 865 supports up to 200Mp photos – well beyond the current largest phone camera sensor, the 108Mp Samsung sensor inside the Xiaomi Mi Note 10.

Of course, processing 200Mp photos won’t matter until the sensors catch up, but it suggests that the race for ever higher megapixel counts isn’t over yet. Qualcomm’s Judd Heape confirmed that 200Mp sensors were in development and would arrive some time in 2020, and that they’d be “only supported by Snapdragon 865.”

Beyond the higher pixel count, there should be much improved noise reduction, along with support for ‘semantic segregation’ – a fancy way of saying that the camera should be able to recognise features like hair, skin, clothes, and backgrounds and apply effects separately to each, such as reducing noise in the background while simultaneously preserving detail in hair or smoothing out skin.

Finally, the improved HEIF image format will now include depth map information, the result of a partnership with Google, so that any Snapdragon 865 phone should let you edit focus, depth, and bokeh effects after a photo has been taken, as has already been available on Pixel phones and the recent iPhones.

Only a few phones have been confirmed to use the new chipset so far, but expect more to come soon.

Oppo confirmed that its ‘next flagship’ will run on the chipset, and Motorola also said it will have a premium phone running on Qualcomm’s chip. Qualcomm itself also said that there will be a ZTE Axon phone running the chip.

Beyond those announcements, it’s a pretty safe bet that the likes of the OnePlus 8 and LG G9 will use the, and Samsung is also likely to include it in regional variants of the Galaxy S11, with its own Exynos chip used elsewhere.

When will the first Snapdragon 865 phones come out?

We’ll most likely see the first 865 phones arrive at or just before Mobile World Congress in February, but beyond that we’re not sure.

Oppo confirmed that its 865 phone would come in Q1 2020, while Motorola promised a phone in ‘very early 2020’, but beyond that it’s a bit unclear – though as the year goes on it’s likely that most new flagship phones in 2020 will use the chip.