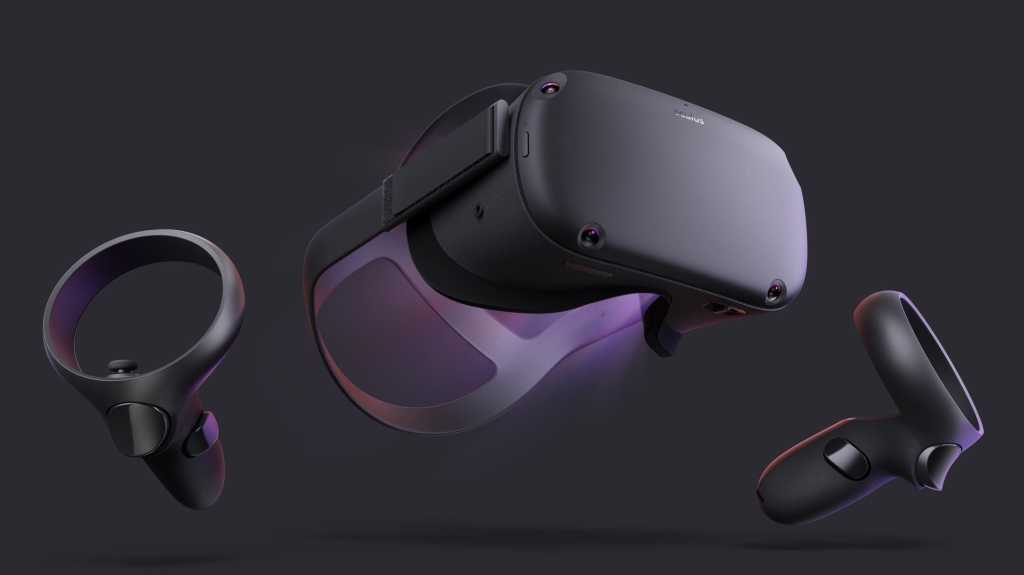 The Oculus Quest is this year’s hottest VR headset, because it offers very high-quality VR without requiring you to own – or buy – an expensive PC to attach it to, as you would with the HTC Vive Pro.

Experienced VR heads will be able to tell the difference between the Quest and the Vive – which is higher-resolution, has a higher refresh rate and by being attached to a PC is capable of more powerful games and applications such as Facebook’s Quill animation suite. However if you’re new to VR or have only used cheaper headsets like the Oculus Go or Cardboard wraparounds for phones, you’ll be wowed by what you can experience with the Oculus Quest.

The Quest offers a huge range of experiences for gamers and non-gamers of all ages 13 or older – whether wielding lightsabers in time to techno tunes – or against Darth Vadar – painting in VR, or doing boring jobs in the more-enjoyable-than-something-this-mundane-should-be Job Simulator. And if you do want to a higher-performance experience, you’ll soon be able can connect the headset to a powerful-enough PC and use it as a Rift using a cable sold by Oculus (you can use standard USB C cables but results aren’t guaranteed).

You can even stream what you’re playing to a tablet or other screen so others can see what you’re doing.

For more on why the this VR headset is so good, read our Oculus Quest review.

The only downside to this popular product is that, because of this, there are few deals being offered – unlike the Rift S and Go, which you can find out about later in this story. Most retailers aren’t offering an money off – instead they’ll give you a copy of the Vader Immortal game (including all three episodes). The lets you play Jedi and was created by the interactive wing of Industrial Light & Magic, the VFX firm that’s worked on all Star Wars films since A New Hope.

Here are the latest prices for the Oculus Quest, updated hourly.

Oculus’ full-spec VR solution, the Rift S is also available at a discount. It isn’t as high-resolution as the Quest – but its screens offer a higher refresh rate than makes the experience more immersive.