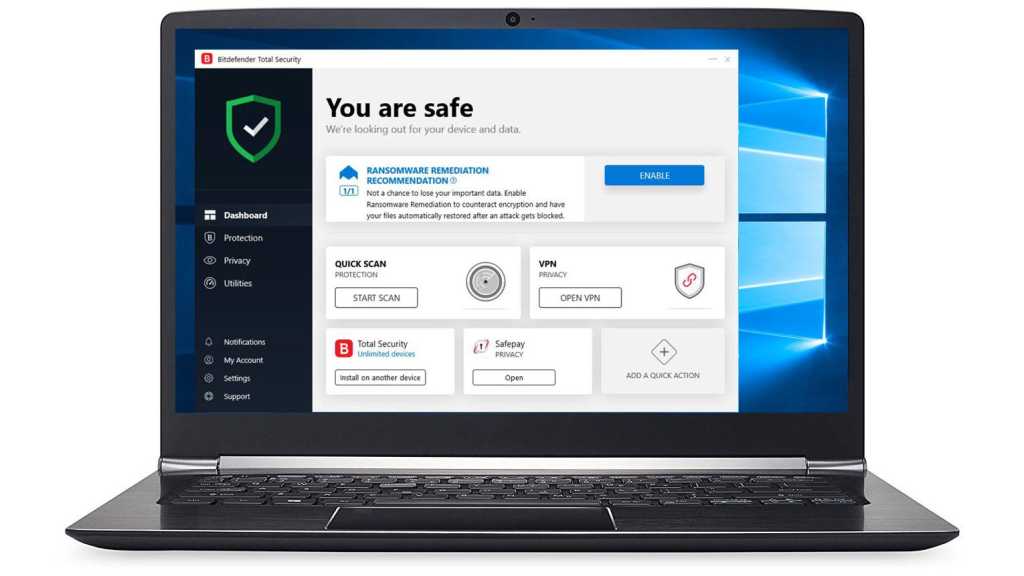 Like VPN deals, there are discounts available on antivirus software pretty much all year round with certain companies’ software. But for Black Friday Bitdefender has dropped its prices even further, and you can now get fantastic malware protection for your devices for even less.

The basic Antivirus Plus product protects three Windows devices for £14.99 for a year. That works out as 63% off the regular price of £39.99.

Bitdefender is one of the best security packages around, and we rank it top of our roundup of antivirus products. It’s effective against malware, doesn’t slow your computer down and doesn’t constantly bother you with alerts or pop-ups. It just gets on with the job of keeping your device and data safe in the background.

It’s worth noting that the iPhone and iPad protection doesn’t include antivirus, since these devices are designed to be secure and therefore don’t need it, but this is the same with any antivirus software you’ll find for iOS. So it’s likely not worth using up one of your five licences on your iPhone or iPad if there are others you can protect instead.