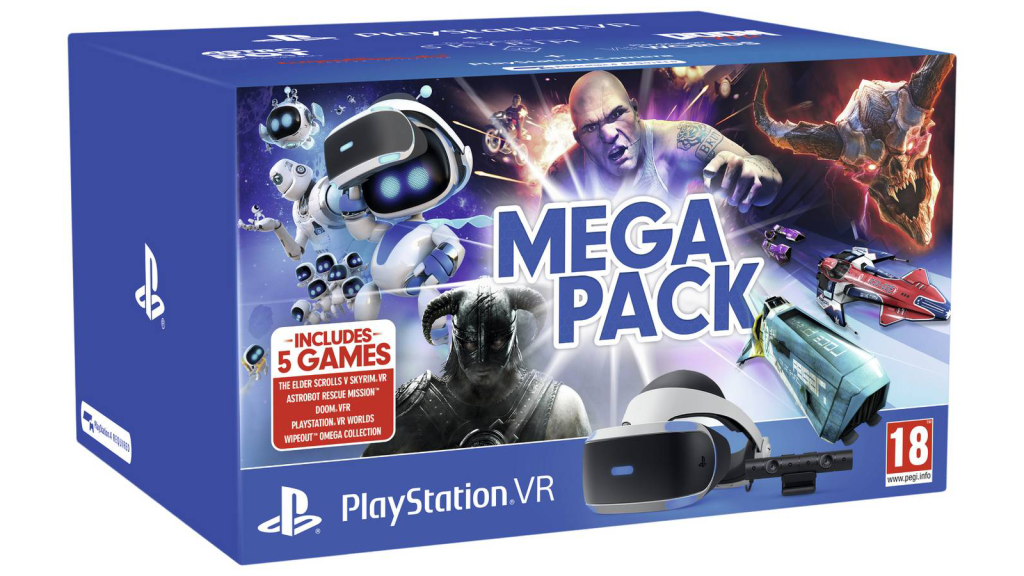 PlayStation VR was one of the biggest sellers last Black Friday, and while the deals this year aren’t quite as extravagant there’s still a few that are well worth your while.

The obvious pick is a £210 ‘mega pack’ from Argos that bundles in the VR headset, the PlayStation Camera needed to make it work, and a set of 5 games (though one of those, PlayStation Worlds, is always included with PSVR anyway, for reference).

It’s £179.99 to get the PSVR starter kit on its own – the headset, camera, and PlayStation Worlds – so £30 extra is getting you another four games: Skyrim VR, DOOM VFR, Astro Bot Rescue Mission, and WipEout Omega Collection.

If you’re not a fan of DOOM or WipEout then Currys has a similar bundle that swaps them out for the fantastic Resident Evil VII and Everybody’s Golf VR, all for the same price.

Those aren’t the only great PS4 offers so far this weekend. Outside of VR you can get last year’s amazing Spider-Man game for just £14 right now, while there are plenty of bundles that pair a 500GB PS4 with games for just £200. We’ve rounded up the best PS4 deals this Black Friday so far.

Buy the PlayStation VR bundle from Argos or Currys