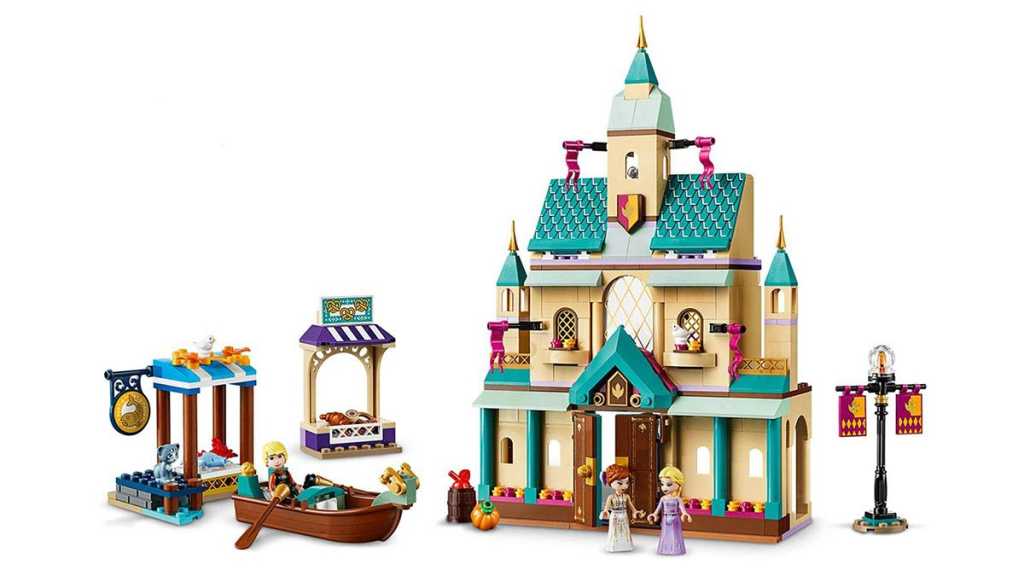 Frozen 2 is one of this winter’s most highly anticipated films – not least by my own daughter, who could hardly contain her excitement that it hit cinemas on her birthday. As you’d expect, there are a wealth of toys available from playsets and memory games to  dolls that sing Into The Unknown. But, as with the first film, some of the best and most in-demand toys are Lego sets that let the children in your life – or yourself – not only recreate their favourite scenes from the film, but use their imaginations to tell their own stories in Arendelle, Ahtohallan and beyond.

Being brand new and in high demand, there are few deals in the Black Friday or Cyber Monday sales – and we expect the same to be true for the Christmas sales. But it is possible to save some money with canny shopping – especially on the bigger sets – or if you’d be just as happy with toys associated with the first film.

So here are the main Frozen 2 Lego sets, with details on how much they cost from major retailers in the UK and US. These prices are updated hourly, so you will easily be able to see which is best for you. For each set we’ve also noted which age group they’re suitable for and how many pieces they have, so you can see which is suitable for the intended master builder.

This set is the most wanted Frozen 2 Lego playset this Christmas – and as you’d expect, the most expensive. However, you can often get around £20/$20 off the RRP/MSRP by shopping around.

The castle has three storeys, which you can build into a complete castle or play with each section separately. Inside the castle you’ll find the throne room, bedroom and attic – plus outside there are stalls for the baker and fishmonger, and a dock with a rowing boat.

If you’re looking for a larger set that’s more affordable than the castle, this jewellery box – or jewelry box, as Lego’s using the American spelling here – is a wonderful option. It lets you – I mean the child you’ve bought this for – create a ‘lockable’ jewellery box.

Two rings are included, as are Elsa and horse-like water spirit Nokk – with spinning stands to let then twirl in front of the mirror.

The other main large Frozen 2 Lego playset is a treehouse from within the Enchanted Forest – hardly an iconic location from the film in the same way as Arendelle castle or the Ice Palace from the first film was. That aside, it’s a fun set with multiple rooms: a bedroom, dining room and a lookout tower – with a zipline taking our heroes down to a bunny house.

Also included a group of standing stones and a dam – which do play more of a part in the film than this set’s main building.

For children too young for the larger sets – or without the attention span or level of motor control needed – this could be a perfect set, as it has about a third of the number of pieces.

The wagon hitched to reindeer Sven is the main draw of this set – though you also get a campfire, water trough and picnic area

This is the most grown-up of all of the sets, as it involves building a four-inch high Olaf that’s more of an ornament than a toy. You can pose his arms and pencil in a variety of positions, and choose between three buttons, or two buttons and a fetching bow-tie.

His journal is also included.

This is from the first film, but any Frozen fan who doesn’t own it would be delighted to receive this beautifully designed, intricate set with almost twice as many pieces as any other. And being older you can get sometimes get very good deals on it.

The palace features everything you associate with these iconic scenes from Frozen – a sliding bridge, revolving staircase and the monstrous Marshmellow (and cute Snogies on a seesaw).

If you know a child who’s into Frozen and coding – or you think could be coaxed into learning to code through the association with a treasured film, they’d likely appreciate this kit from Kano.

It features a coding-and-learning app from the highly respected education company that runs on most computers and recent tablets – including Amazon’s Fire 10 devices. The hardware component is a snowflake-embossed sensor that can light up and detect hand motion in 3D. Using this children can make fractals and rainbow snowflakes – and even build Olaf.

The kit is aimed at children aged six and over.

For more savings, see our guide to the best Lego deals.