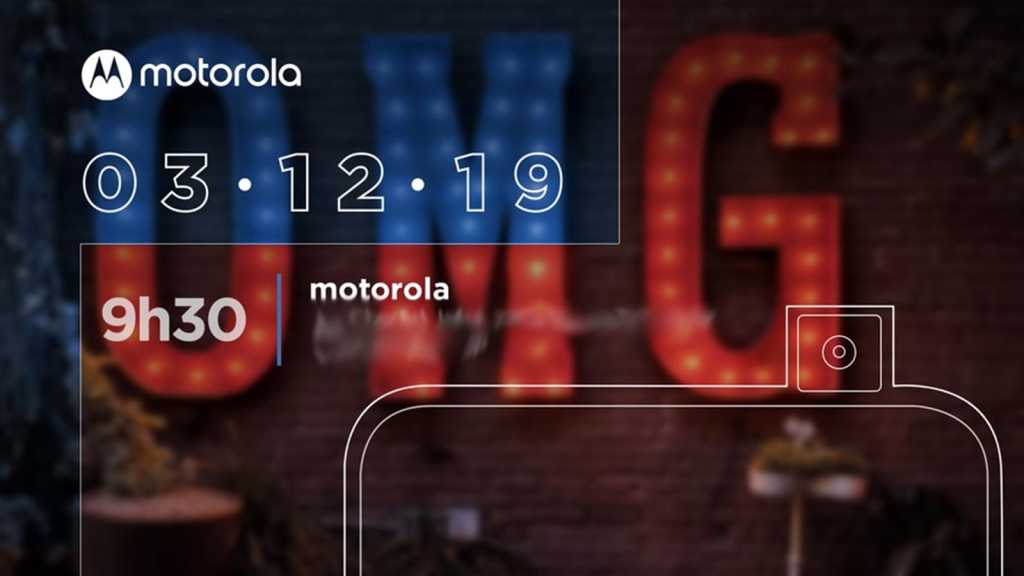 As if the world needed another Motorola phone, it looks like an event on 3 December in Brazil will bring us the Motorola One Hyper (via Android Authority).

The Lenovo-owned brand recently shook the mobile world with its classy foldable Razr phone, rebooting the famous 2000s franchise, but the Motorola One Hyper looks like an altogether more conventional affair, joining phones like the One Zoom, One Vision and One Macro in the company’s One brand. Confusingly, not all the One phones run Android One, which makes no sense at all.

The One phones are separate to Moto’s E and G lines that are usually not Android One, and are aimed at the budget market.

As the teaser clearly shows, the phone to be announced will have a pop-up camera, a first for a Motorola branded Android phone. The Hyper has been  rumoured for some time and its release coincides nicely for Brazilian consumers in the lead up to Christmas. Motorola phones are among some of the most popular in the South American nation.

Not all Moto phones are released in all countries so we aren’t sure if the Hyper will be released in the UK or Europe.

ProAndroid reports that the One Hyper will run the Snapdragon 675 with a 6.39in LCD, 4GB RAM and 128GB storage. Leaks show dual cameras on the back with a distinctive ridge housing that is in line with the pop-up camera.

We can’t say we are all that excited about the Motorola One Hyper after a year of so many average Moto phones, but if you like the software and the price and a phone with no notch then perhaps it’ll be one to keep an eye on.