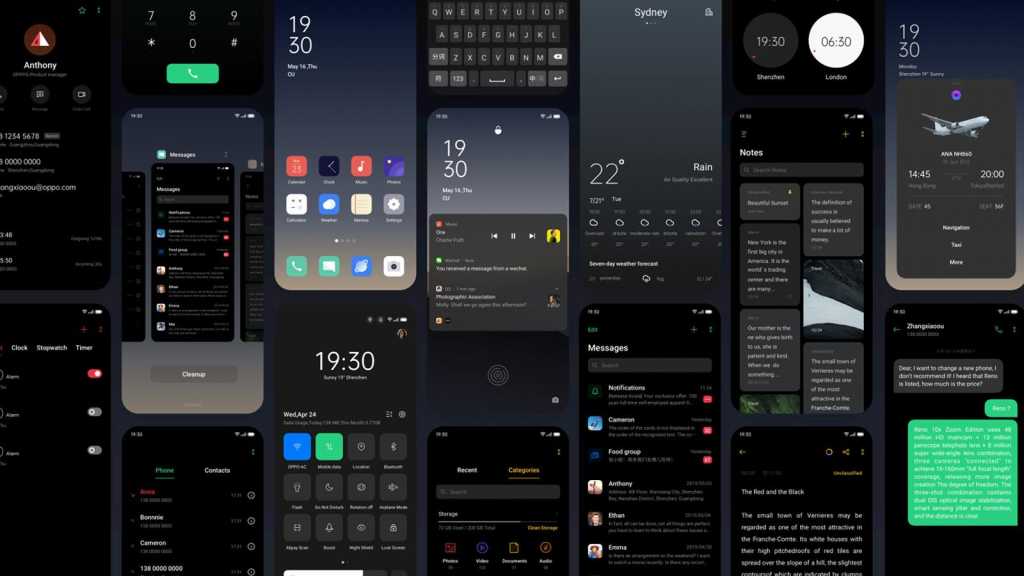 Oppo has launched ColorOS 7, its new version of its Android OS skin at an event in New Delhi. It’s based on Android 10 and brings a new lighter look to the interface as well as a coveted systemwide dark mode.

Oppo describes the update as having “adopted a lightweight visual approach that simplifies the user interface, allowing users to focus more on their content. Beyond full icon customisation, Dark Mode ensures a superb reading experience in all conditions, helping users to remain concentrated and reduce battery consumption.”

The company has moved aggressively into the UK and European smartphone markets with great success. We love its Reno series of phones, especially the (admittedly clunkily named) Reno 10x Zoom. It’s this phone that will get ColorOS 7 first – today.

Below its Oppo’s release schedule for ColorOS 7: