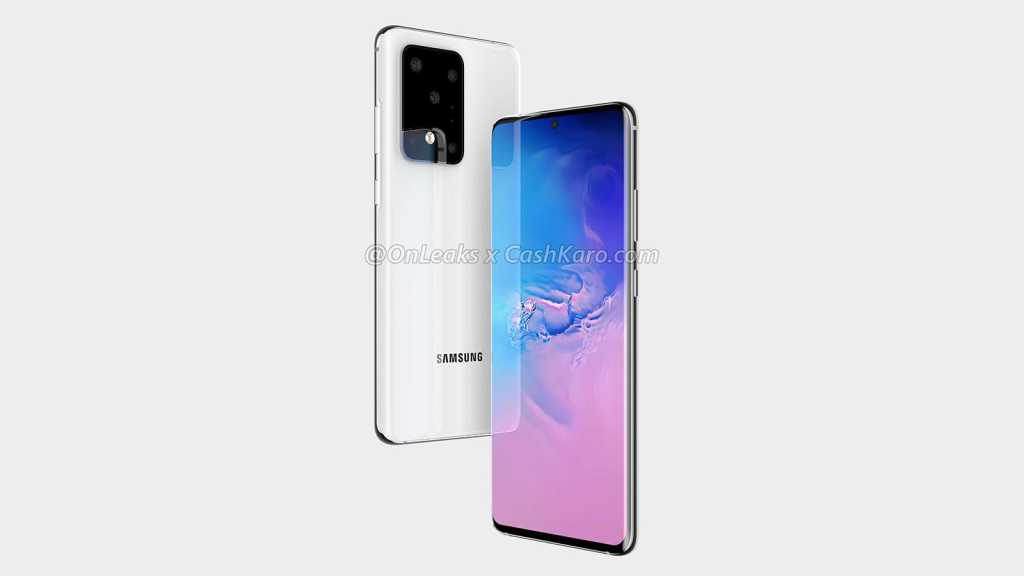 There might not be any more major smartphone releases in 2019 but that doesn’t mean the leaks for 2020 are going to stop. Here we have unofficial renders of the Samsung Galaxy S11 Plus from reliable tech leaker @OnLeaks, showing a design with a very large rear rectangular camera module.

The iPhone 11 Pro and Pixel 4 have taken some flack for their square camera bumps with two or three lenses in them, but if this is the S11 Plus’ design then it’ll outdo them all with five lenses and two sensors. The leak, posted on Cashkaro, claims the main sensor might be a 108Mp lens – a sensor Samsung announced in August.

The post claims the S11 Plus, which joins the S11 and S11e in unofficial render leaks, will measure 166.9 x 76 x 8.8mm, or 10.2mm with that camera bump. Unlike the S10 Plus, it looks to have a single front facing camera in the same central position on the Note 10 series.

On the right edge of the render are the volume and power/Bixby button, which was combined into one on the Note 10 but sat on the left edge. There is no headphone jack, but we’ve come to expect that now – Samsung was the last major phone manufacturer to give in with the absence of it on the Note 10.

Otherwise, this phone looks a lot like the S10 series, but with more cameras. Some rumpours have suggested the S11 will have a 120Hz fast refresh rate screen – we hope it does, otherwise this could be a fairly iterative update.