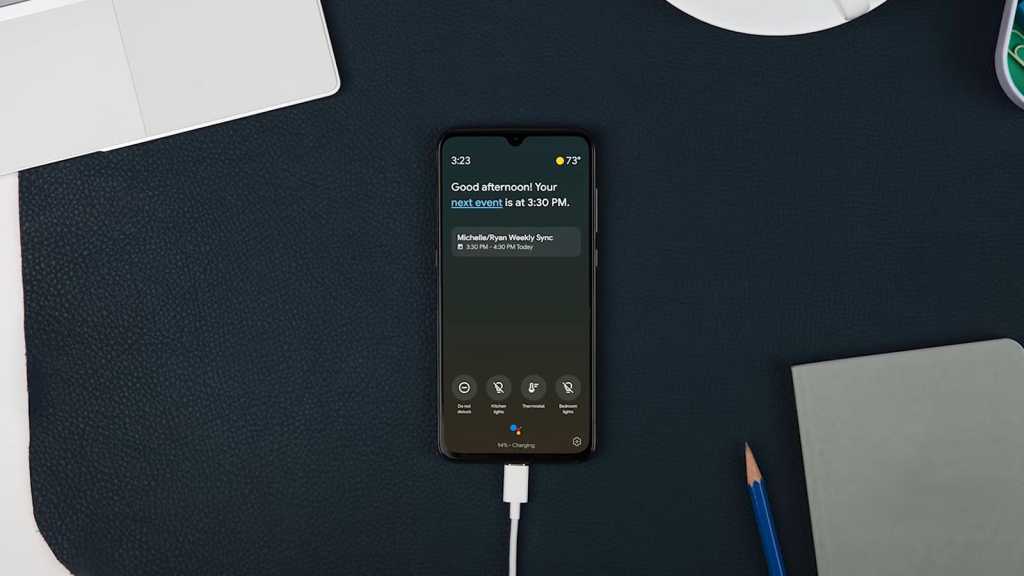 Google posted a new video showing off its Ambient Mode for Android devices. The upcoming feature will be part of Google Assistant and is a mode that displays information from your calendar, notes, weather, alarms and smart home controls among other things and lets you action them.

Ambient Mode will work when your phone is charging and is designed to turn your device into a glanceable screen that surfaces information in much the same way the Google Nest Hub does.

In the above video, product manager Arvind Chandrababu explains that the mode will come to select Android phones and tablets running Android 8.0 and above but doesn’t confirm which. It’s notable that the video does not use a Pixel phone to show Ambient Mode working, signalling that non-Google phones should be getting this soon.

The Nokia 6.2 and 7.2 are confirmed to receive the mode, which will also let you display your recent photos in a slideshow, again like the Nest Hub. Ambient Mode should be rolling out soon to Android devices, but it might be up to the manufacturer as to whether it’s included – many phones still don’t have Google’s Digital Wellbeing feature despite it being integrated with Android 9 Pie.

Digital Wellbeing is available as a standalone app, but in the video Ambient Mode is described as “deeply integrated” into Android, so we expect it to be baked in on the devices it does come to.

For devices that are supported, here’s how to use Google Assistant’s Ambient Mode on Android.