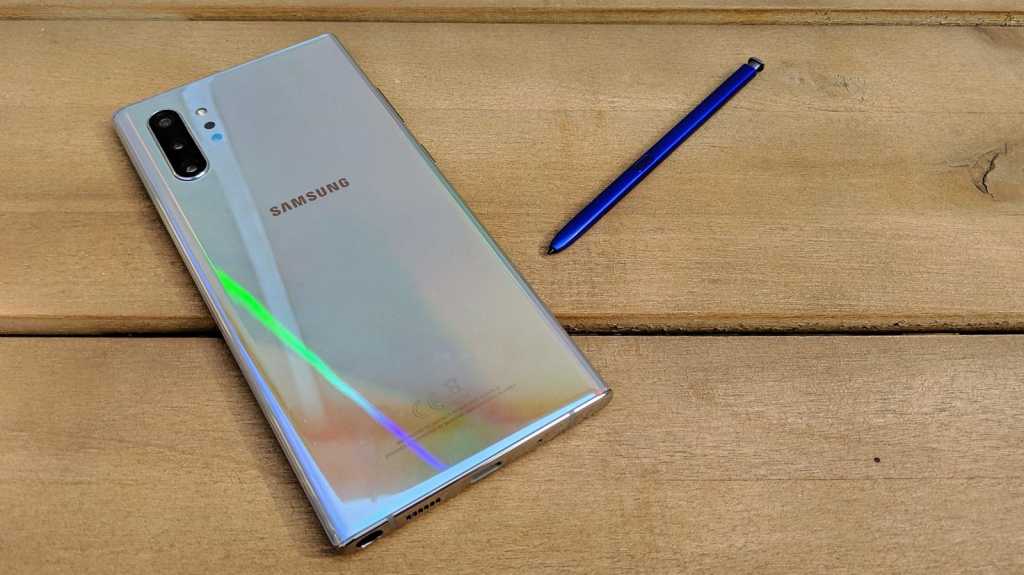 I’ve been using the Samsung Galaxy Note 10 Plus for about three weeks and I can safely say it’s one of the best phones I’ve ever used (and I’ve used and reviewed many). With a reviewer’s hat on it’s far too easy to be jaded about new smartphones and to pick out fault in the tiniest things in order to eke out a review that doesn’t just say “this phone is as good as all the other phones that cost this much”.

But I am coming around to the feeling that aside from the sub-par battery life, there really is nothing wrong with the Note 10 Plus. Reviews have said it is too big, and it is a large phone – but it’s not a fault. If you don’t want a huge phone you won’t buy it (you might like the smaller one).

If you like huge phones, then this is the best one thanks to the edge to edge screen that makes it the same size as a Note 8 or Note 9 but with a larger display. There’s also no headphone jack, but it’s been three years of that being the case and is no reason to not recommend a phone.

You can charge other phones or wirelessly charging headphones by putting them on the Note. Sure, it’s a bit show-off but it’s no reason to mock the thing. Mockery has also been levelled at the Note’s silly stylus air gestures and that’s fine – but I like the fact Samsung has said “what the heck” here and shoved as much as it can into the phone. I don’t even mind the heavy One UI software skin because life is too short.

It’s a cliché to say it in reviews of Note phones, but this thing really can do anything. I am very into smartphone photography and testing the differences between flagship phones, but I am hard pressed to find fault in what I am getting out of the Note 10 Plus. When reviewers like me mercilessly compare phone cameras to within an inch of their lives it takes the joy out of taking photos in the first place. 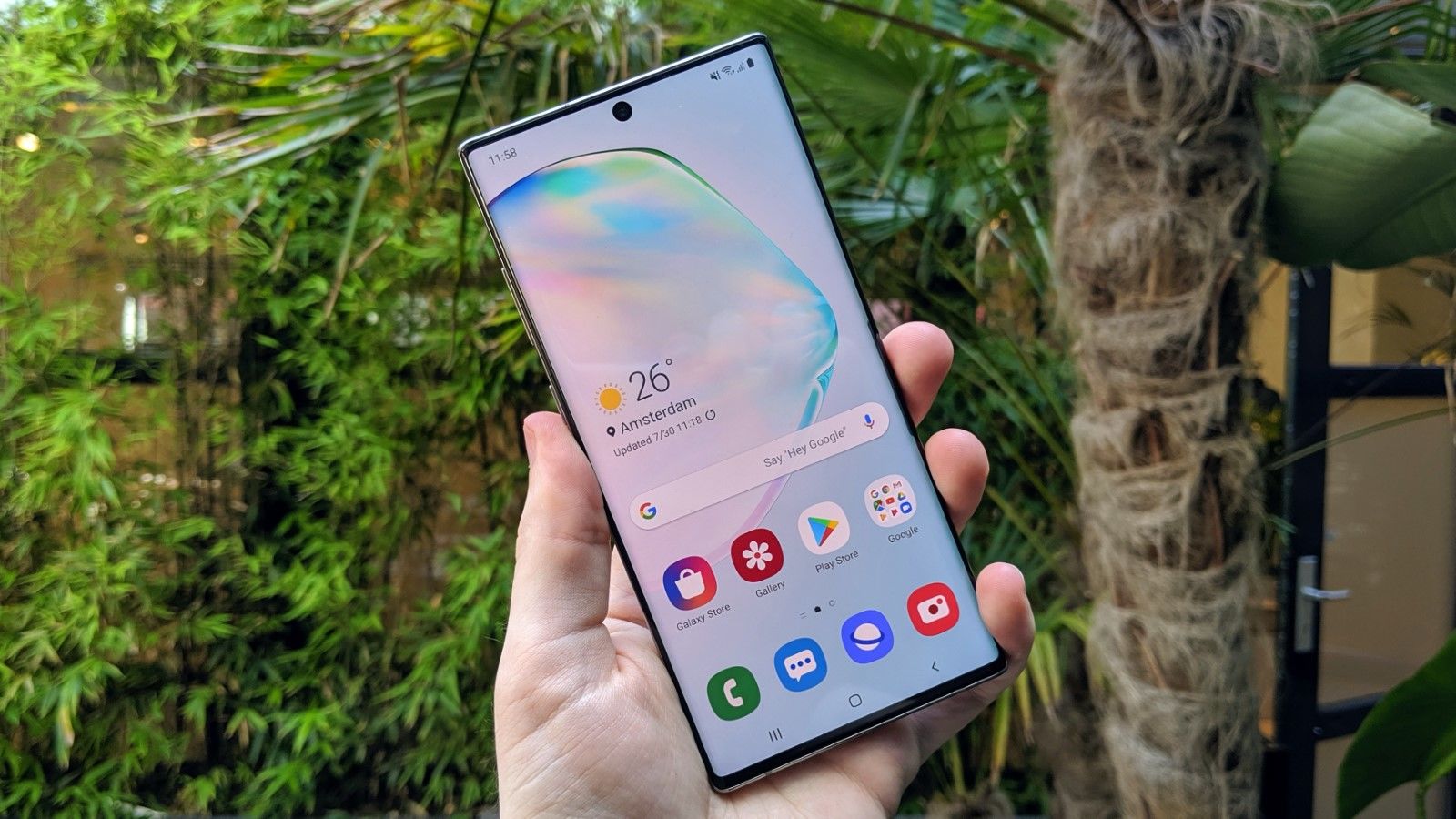 Perhaps it’s only a feeling I’ve got with the Note compared to other smartphones because I’ve been able to use it for a few weeks in one go, but the versatility of the triple cameras is second to none. I don’t need or want to take photos in pitch black so the Night Sight smarts on the Pixel 4 are lost on me, even if they are impressive technologically.

And so, to my one disappointment, with the Exynos version I am using, at least – the battery life is not quite there. The Note 10 Plus has Samsung’s Exynos chip in Europe but uses the Snapdragon 855 in the US.

On normal days I’ll get to bed with about 25% left which is good (I have never run out) but not great. I have found the battery erratic, often plunging for no reason when on other days it has stood firm. With phones like the iPhone 11 Pro and (according to my US reviewing friends) the Snapdragon versions of the S10 and Note 10 Plus faring much better, it leaves me feeling a bit short-changed considering the premium price. I get battery anxiety with the Exynos Note 10 Plus when for the asking price it should never be an issue.

That is the flaw in a design this thin. The Note 10 Plus is as good as a smartphone can get in this form factor. A razor thin glass slab with lots of cameras and a hell of a lot of screen needs a bigger battery – and the only way to do that is make a very large phone a little thicker.

It’s the only thing I can realistically complain about on a phone has has everything else. It’s got a flipping pen in it!

I won’t be surprised if the Note 11 Plus looks a lot like the Note 10 Plus. In fact, I welcome it. With a battery on par with the iPhone 11 Pro that could stretch to two days I would happily buy a Note 11 Plus and forget other phones existed thanks to its longevity and complete design vision of what a glass candy bar smartphone can pack in.

As a phone reviewer who necessarily must switch phones a lot, it’s been a long time since I’ve been able to say that. Fingers crossed.