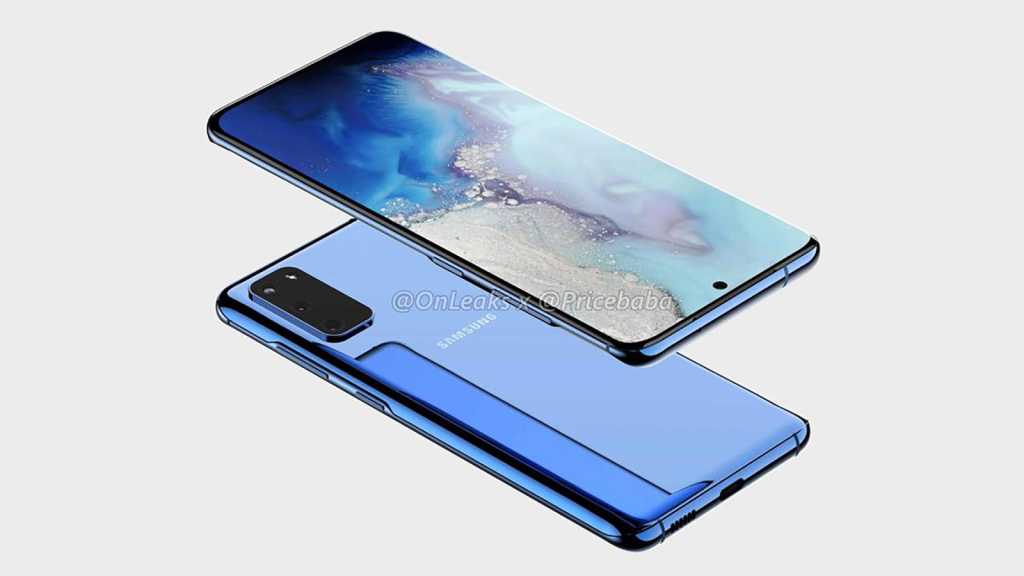 Samsung will very likely launch its flagship Galaxy S11 series in the first few months of 2020, around February or March. We’ve only just seen leaks of the standard S11 but reliable tech leaker OnLeaks has now posted what he claims is the smaller, cheaper S11e.

Posted on tech site Pricebaba, the phone looks an awful lot like the alleged S11 including sporting a rectangular camera module that could see Samsung ape the trend set by the iPhone 11 and Pixel 4.

The phone is rumoured to have a 6.2-6.3in display in a shell that measures 151.7 x 69.1 x 7.9mm and features a central, single front camera cut out much like the design of the Note 10 series. Unlike the S10e that shed a camera on the back compared to the S10 and S10 Plus, this S11e render shows triple rear cameras.

Unfortunately, there is no headphone jack to be seen – an expected move given the Note 10 and Note 10 Plus were the first Samsung flagships to drop them.

If these leaks are accurate we hope the S11e proves a worthwhile entry into the series that won’t compromise too much. The display looks to be more edge-to-edge than on the S10e, which might mean it does not have a flat screen. It’s also likely to have an in display fingerprint sensor, unlike the S10e that had a physical one on the right edge of the phone.

The S11e should keep the same Snapdragon 865 chip (yet to be announced) or the Exynos 990 depending on your region, so much like the iPhone 11, the cheapest S11 should be well worth a look.