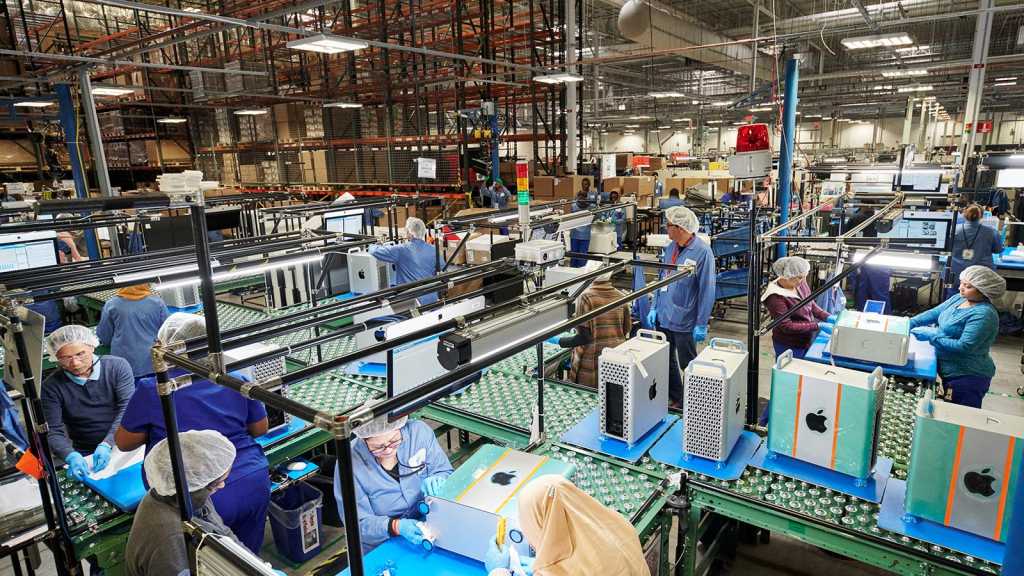 The new Mac Pro is long overdue by Apple standards. It is to go on sale in December, six whole years after the ‘trash can’ Mac Pro that was woefully behind the expectations of Apple’s true professional audience.

Apple has already confirmed that the new Mac Pro would be made at a facility in Austin, Texas but the company has still seen fit to publish a press release with pictures of it actually happening.

Later, as seen in the above video, President Donald Trump visited the plant. He had campaigned for the presidency with the suggestion all Apple products should be made in the USA.

Apple CEO Tim Cook tweeted the announcement that also confirms the start of construction for a new Apple campus based in the city:

The construction of our new Austin campus is underway and the assembly line for Mac Pro is up and running! Building Apple’s most powerful Mac ever in Austin is a testament to the enduring power of American ingenuity, and we’re proud it’s made here. https://t.co/je6IIVnPg8

The factory down the road is already fully operational but the building of a new 133-acre campus for 5,000 employees is a clear sign Apple wants to keep Donald Trump on side by permanently stationing workers in the rare American cities where manufacturing of Apple products happens.

“Building the Mac Pro, Apple’s most powerful device ever, in Austin is both a point of pride and a testament to the enduring power of American ingenuity,” said Tim Cook. “With the construction of our new campus in Austin now underway, Apple is deepening our close bond with the city and the talented and diverse workforce that calls it home. Responsible for 2.4 million American jobs and counting, Apple is eager to write our next chapter here and to keep contributing to America’s innovation story.”

Apple said the new campus costs $1 billion and would eventually be able to house 15,000 employees. It will open in 2022.