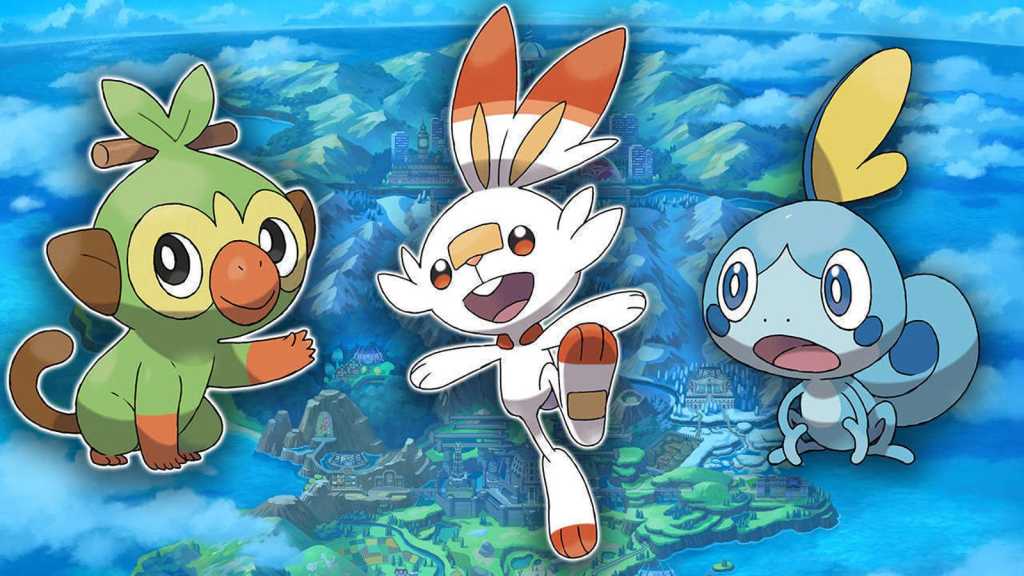 Pokémon Sword and Shield is finally here, and many trainers will be gearing up to explore the new Galar region and everything it has to offer. From the Dynamax and Gigantamax options to the brand new 3D wild areas that are full of new Pokémon to catch (including endless Wooloo, which we’re very happy about).

One of the first things every trainer has to do is to choose a starter from the standard three types – Fire, Water and Grass. These are:

But which is the best one to choose from the get go? We’ve done some digging on the move sets and evolutions to help propel you on your journey to becoming the very best that ever was (even better than Ash Ketchum).

… of course, if you’re going off of cuteness alone, then Sobble is hands down the winner. But let’s not get too carried away.

Looking for your next game after Pokémon Sword and Shield? Check out our list of the best upcoming games for this year and next.

What’s the stats of each Sword and Shield starter?

The energetic Scorbunny has lots of physical moves. As a fire-type, it’s strong against Grass, Bug, Steel and Ice, but weak against Water, Rock and Ground. It will learn Fire, Normal and Fighting moves throughout the game, but it can learn other type-moves through TMs (as can all the other starters), and it’s Fire label will allow it to power up other moves.

The cutest of the three (we’re not biased, we swear) Sobble is a timid Water Pokémon that’s strong against Fire, Rock and Ground but weak to Grass and Electric. Due to these stats, Water is often a safe bet to go with. Sobble can also increase the chance of critical hits, and can learn Water, Dark and Bug moves.

As Grookey is a Grass type, it’s strong against Water, Ground and Rock, and weak against Fire, Flying, Bug, Poison and Ice types. Grass is often considered the most risky type to go with due to all its weaknesses. However, Grookey can also learn Grass, Dark and Normal moves through the game, and its type allows it to use the environment to its advantage. 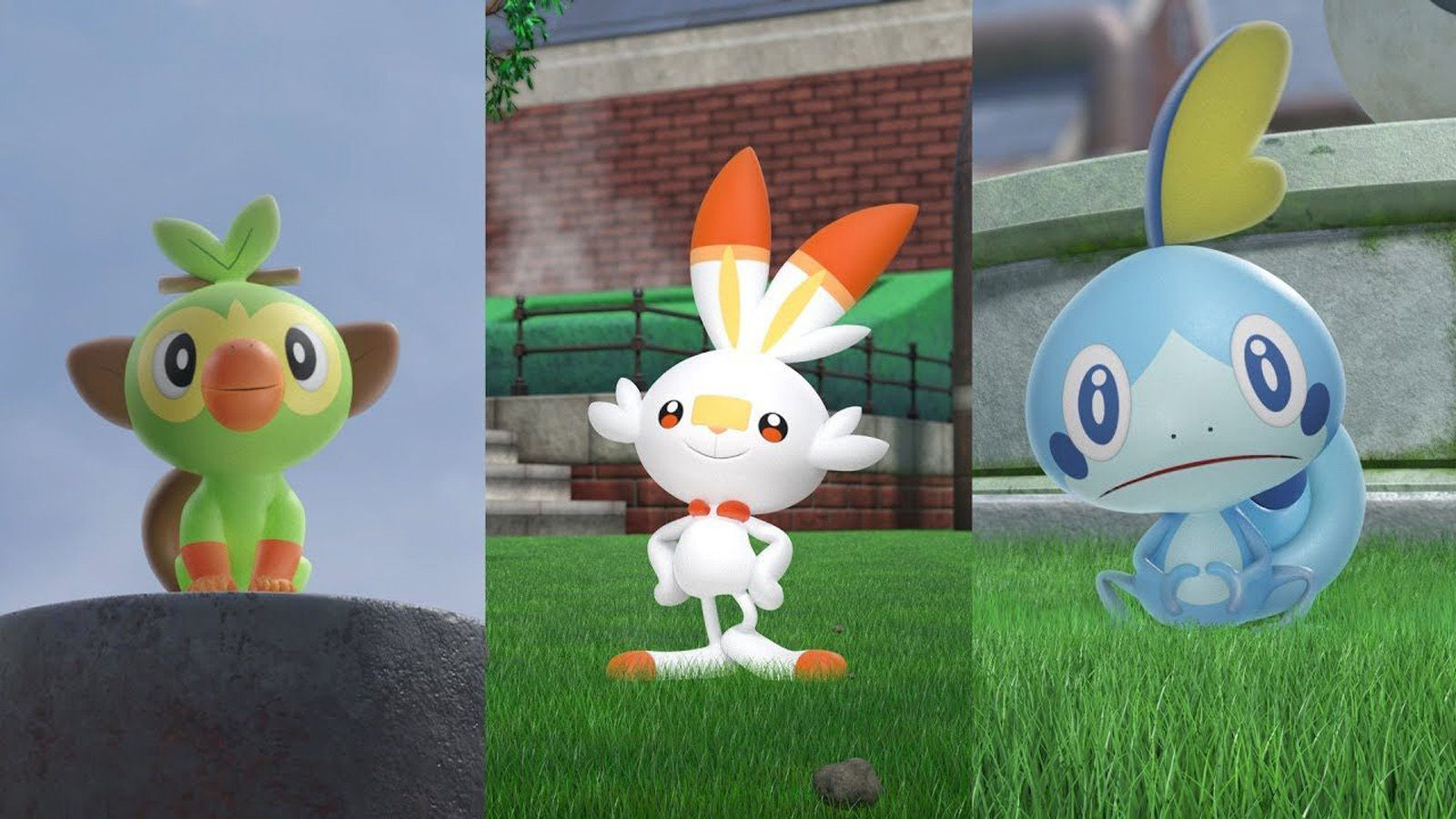 Based on the initial type advantages and natural move sets, we would say that Sobble is our favourite on this list. Water, Dark and Bug is an interesting combination of moves, and its lack of weaknesses against other types will make the gyms much easier to conquer in the initial stages of the game. However, you’ll still be able to get by with either of the other two, and of course you can increase the versatility of move sets with TMs.

Spoilers for later on in the game

First things first, it’s important to know that each of the starters will not get a secondary type when they get to their final evolution stage – making this the only group to be pure types since the second gen.

Scorbunny becomes Cinderace, a rabbit/anime boy hybrid with decent Speed and Attack bonuses, but a low Special Attack. The signature move of Cinderace is Pyroball, which is a Fire attack that does 120 damage for 5 PP, with a 90% chance of hitting. This is probably the most well-rounded of the three final evolutions. 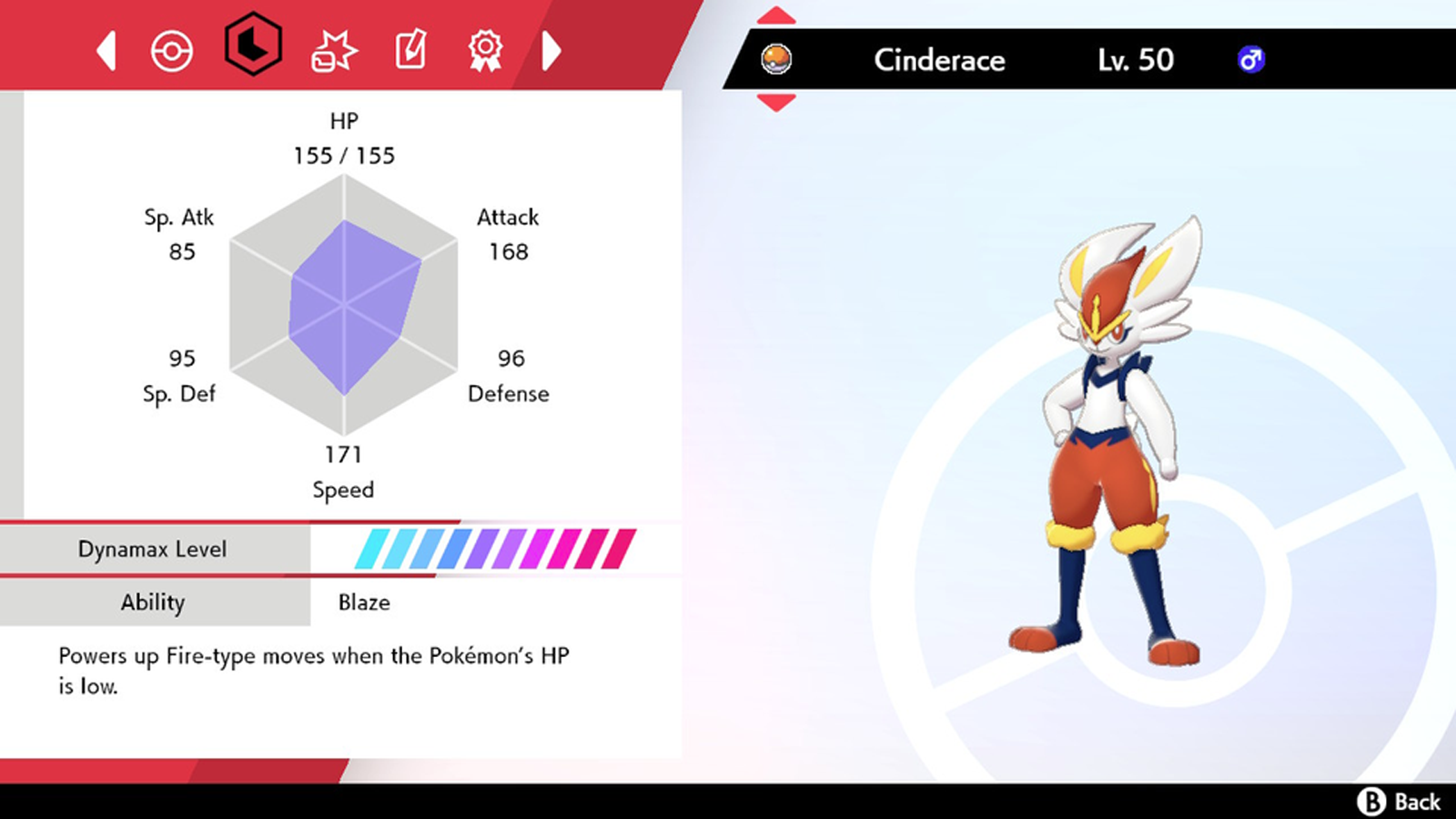 Sad Sobble becomes sassy Inteleon, a lizard Pokémon that focuses on Speed and Special Attacks, but has low Defence and Special Defence scores. His signature move is Snipe Shot, which allows the lizard to repel any effects that would attract attacks. Inteleon is the most skill-based final evolution. 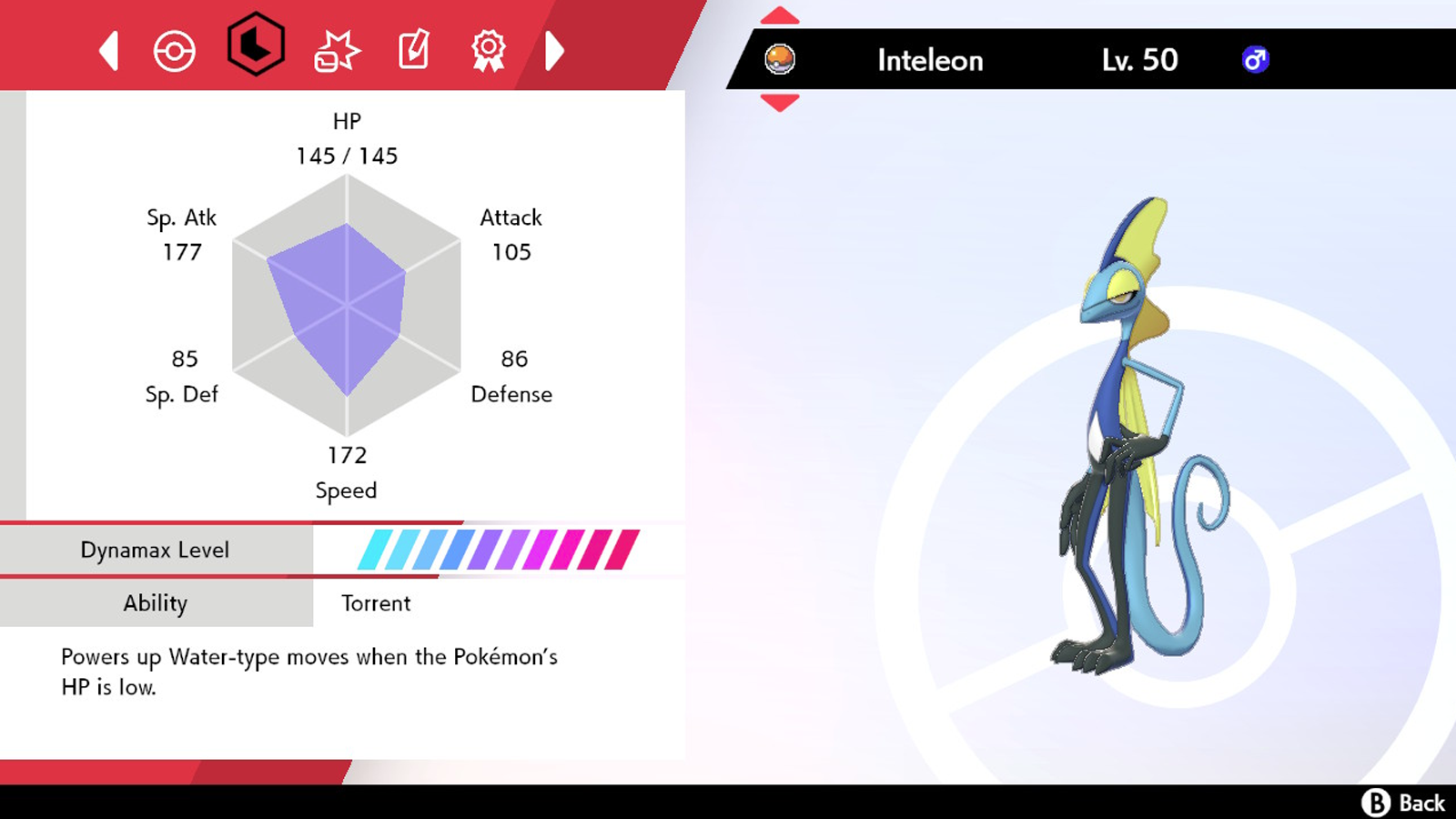 Grookey becomes Rillaboom, a big bulky money that beats a drum. Rillaboom boasts big stats on Defence, Special Defence and Attack – but has a lower Special Attack (though not as low as a number as what some of the rivals have). Its signature move – Drum Beating – lowers an enemy’s speed by an entire tier, and has a 100% accuracy rate. 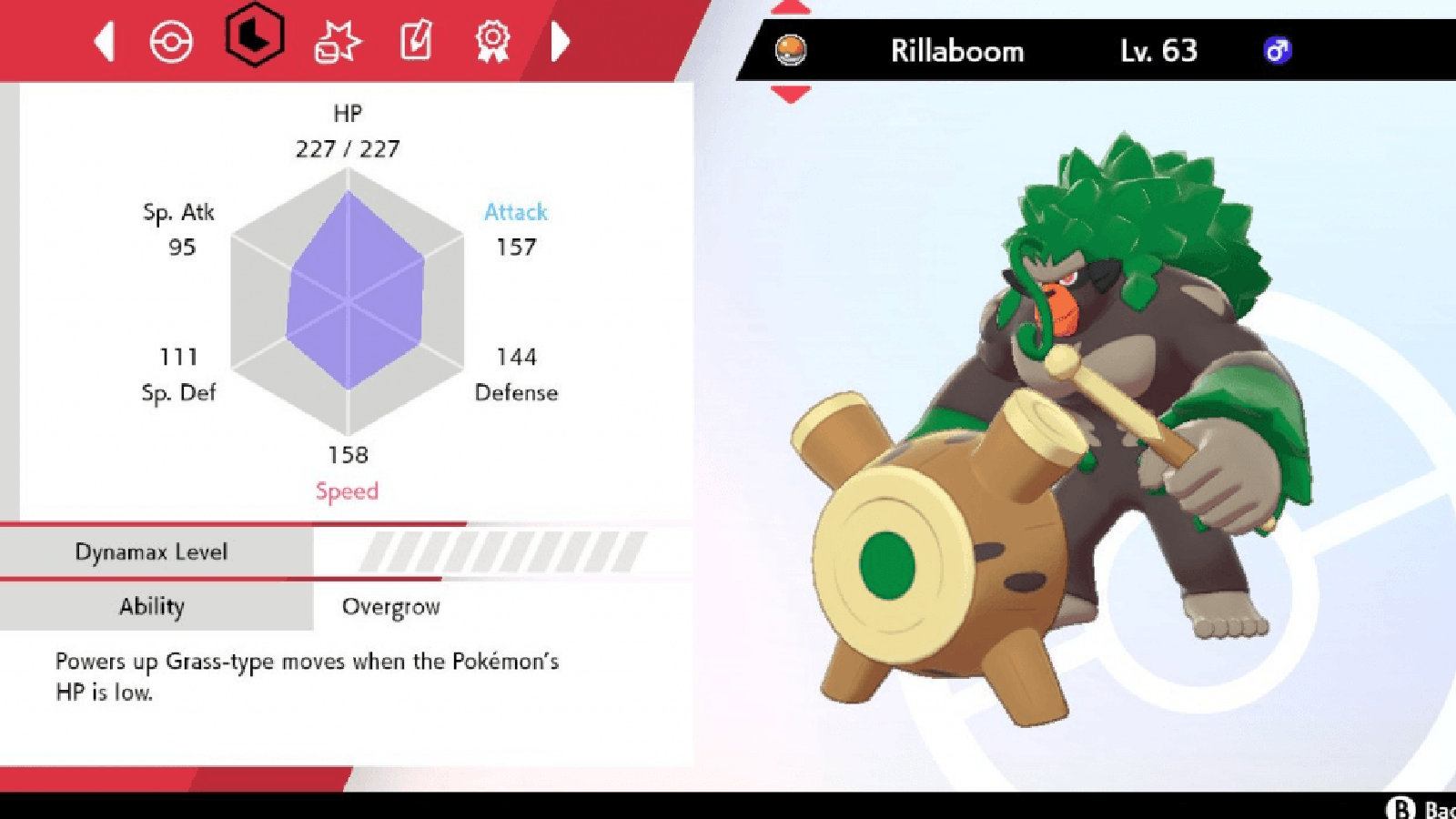 You won’t be at a disadvantage with any of these three – Cinderace is a good all rounder, Inteleon is a fast Pokémon with some cool moves and Rillaboom’s final move could really hinder other opponents in battle if you have the right team around it. If we go off brute strength alone, then Rillaboom may be the easiest to blast through the game – but it all depends on your preferred play style.