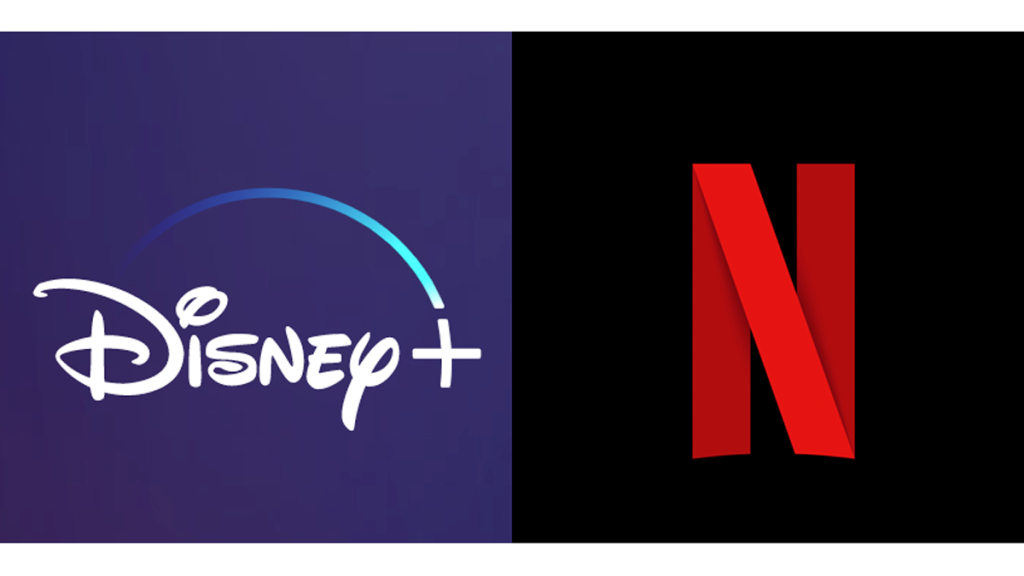 Netflix is regarded by many as the service that pioneered modern streaming TV. Over its relatively short lifespan, it has ushered in a new age of all-you-can-eat content for one fixed price. Along the way, it has faced plenty of competition from Amazon, Now, HBO, Hulu, and Apple TV+, but has still managed to remain the king of the hill.

However, now that Disney+ has acquired the Star brand, the content library has got a whole lot bigger and more diverse. So, can Netflix withstand the onslaught? We see how the two compare.

As the name suggests, Disney+ is the official streaming service from the Disney studios. While this may conjure up ideas of endless animated movies, the company has been busy hoovering up some huge franchises in recent years including Star Wars, Marvel and Pixar. Some of the biggest things on the platform are its live-action shows from these brands, such as The Mandalorian and WandaVision. 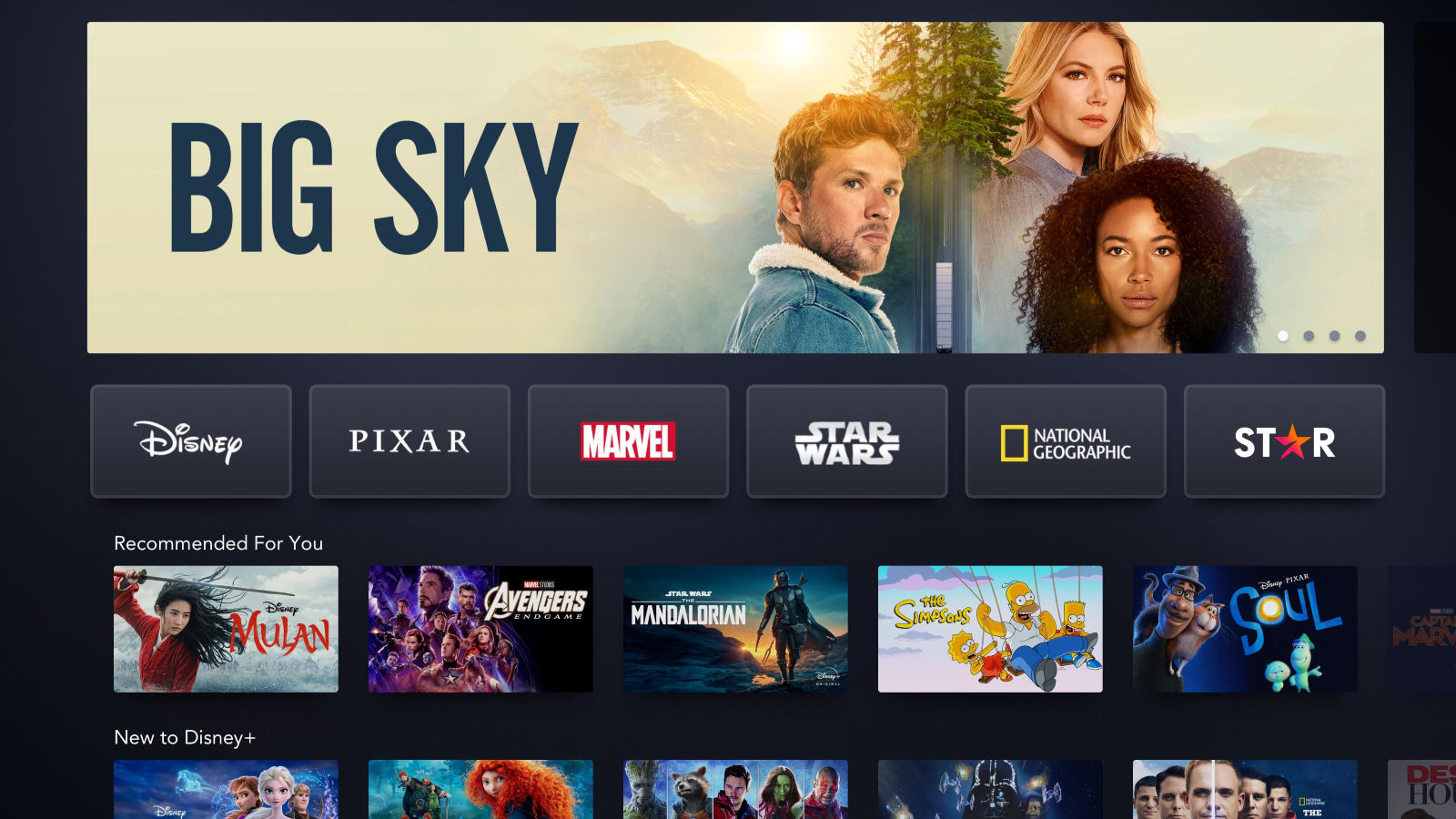 Disney isn’t pulling any punches, as it packs a huge amount of content into the new service, which includes around 500 films from the Disney archive plus around 7,000 episodes of Disney TV shows. The addition of Star has now grown this even further, with over 75 TV series and more than 280 movies from the Hulu library.

Notable inclusions are the Pixar movie catalogue (the likes of Toy Story, The Incredibles, Monsters Inc, Brave, and Cars), the majority of the Star Wars movies line-up, plus exclusive offerings of Captain Marvel and Avengers: Endgame.

You’ll also be able to enjoy classics such as Mary Poppins, The Lion King, Pirates of the Caribbean, Aladdin, Bambi, and The Jungle Book among many others.

Disney also has a number of originals, including  The Mandalorian, which marked the debut of the first live-action Star Wars TV show. There will be a whole host of other shows in the universe joining it, including Obi-Wan and Ahsoka. 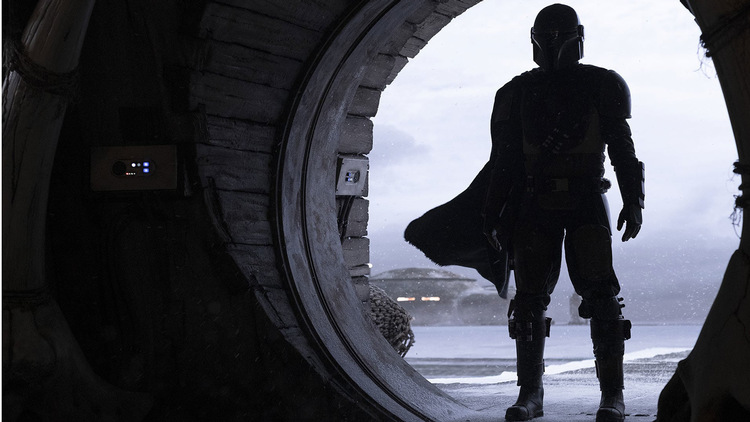 Marvel also gets some attention, with several more series due to land this year, as do Disney channel favourites Lizzy McGuire and High School Musical. A partnership with Fox will see exclusive rights to The Simpsons, not to mention other shows from the network, but with the caveat that nothing R-rated (18 in the UK) will appear on the platform.

Add to these, new offerings from the Muppets, Monsters Inc, documentaries about Disney movies, a chat show hosted by alien puppets, and the tantalising prospect of a travelogue by none other than Jeff Goldblum and you can see that the Force is strong with this one.

So, is it a resounding win for Disney+? Not quite. You see while the list above is impressive, a lot of the originals have not yet landed on the platform. Whilst the Star brand makes Disney’s content more wide-ranging, there’s still a lot on there that won’t be of interest if you’ve had enough of superheroes, Jedi Knights, or cute cartoon characters.

Netflix on the other hand has its own huge range of shows and movies, many of which remain exclusive to the platform. Where Disney has Star Wars, Netflix has Star Trek. Need a superhero fix? Then there’s Teen Titans, Gotham, Black Lightning, Defenders, Jessica Jones, and The Punisher. Looking for something for the kids? They can enjoy Green Eggs and Ham, The Dark Crystal: Age of Resistance, She-Ra and the Princesses of Power, Peppa Pig, Adventures of Tintin, Loud House or The Wiggles. 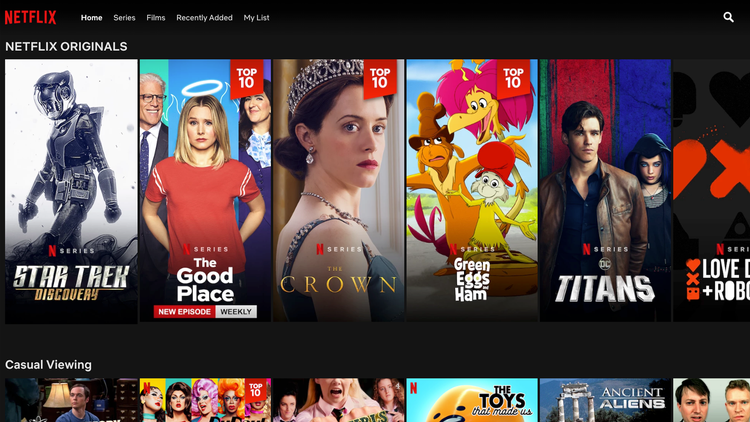 For teens, there’s Riverdale, Pretty Little Liars, Atypical, Glee, Daybreak, Chilling Adventures of Sabrina and loads of others. While adults can enjoy a diverse selection, from The Good Place to Brooklyn Nine-Nine, not to mention a plethora of classic series from the 80s, 90s, and 00s, plus a wide choice of movies. It really is a service that has something for everyone and no small wonder that binge-watching shows have become synonymous with the name Netflix.

Netflix has different tiers, depending on the streaming quality and the number of viewers you have in your home. Here’s how they break down:

In the US, the recent price-hike has made Netflix extremely expensive. Disney+ vastly undercuts the Premium plan, especially considering that it offers 4K content at no extra cost.

Various shows and movies can also be downloaded to watch offline on both services.

How can I watch Disney+ and Netflix?

Netflix is available pretty much everywhere. Whether it’s games consoles, streaming devices like Amazon Fire TV and Roku, smart TVs, your phone or tablet, there’s sure to be a Netflix app either available or already installed. Should this not be the case then you can go to your browser and watch the web version instead.

Disney takes an equally generous approach (something Apple should learn if it wants its new Apple TV+ service to compete), in that apps are available for consoles, smart TVs (Sony, Samsung and LG so far), Android, iOS, Amazon Fire TV, Roku, as well as being compatible with Chromecast devices.

Which one should you choose?

If you’re a lifelong Disney fan, then the new service will be something of a treasure trove. From the early animated classics up to modern-day Pixar triumphs, there is a tantalising amount on offer. The new Star Wars content will no doubt be a huge draw to many, as will the continuing adventures in the Marvel universe. The new Star platform also has options for people who aren’t interested in superheroes, sci-fi or kids programming.

Those wanting a broader selection of content should take a serious look at Netflix, which not only produces some of the best new shows on TV but also carries a very impressive range of older series from the UK and abroad. We suggest booking a couple of days off work, curling up on the sofa and binging on the delights of both. If nothing else, you’ll at least have an entertaining, long weekend.

Still not convinced about either? Take a look at our list of the best TV streaming services.