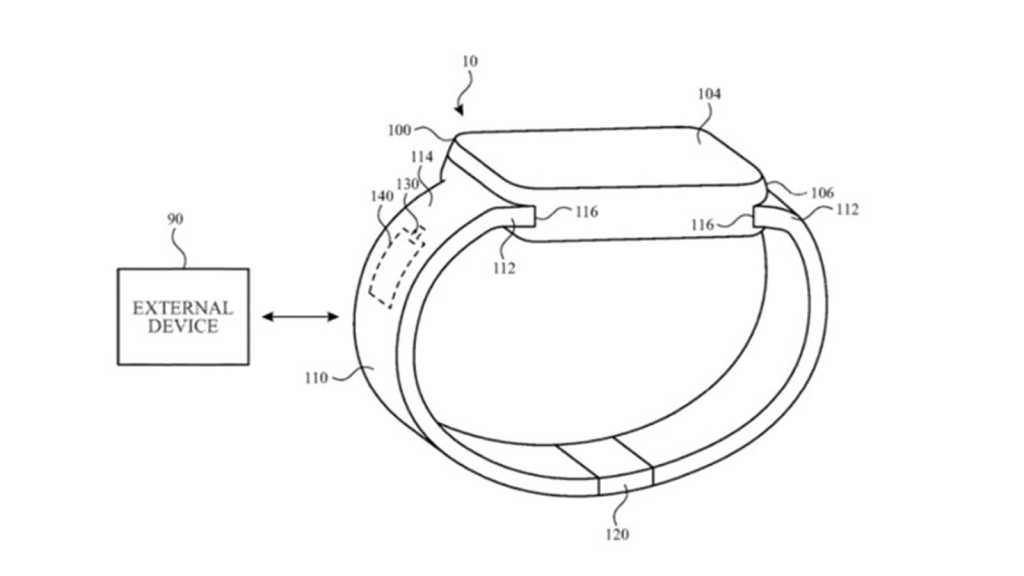 Apple patents available to see online are two a penny but this one is notable for its suggested major design change that would see wireless antennae incorporated into the Apple Watch’s strap (via Apple Insider) At present, most if not all smartwatches with Wi-Fi and 4G radios house them in the casing of the watch itself.

The patent filing by Apple says:

Apple is implying that it might one day use the strap to house a thin antennae to either free up space in the Watch housing for other components (perhaps a larger battery) or to slim down the product.

The issue we have with this patent and rumour is that it’d requite a whole new generation of Watch that relied on the bundled strap in order to function. It would mean all existing Apple Watch straps would be incompatible with a new Watch as they do not currently have antennae.

One of the attractive things for many consumers is the ability to easily swap Watch straps depending on your mood or occasion. Adding antennae to future straps would surely raise the price, but also make the last five years of straps incompatible.

For this reason alone, we’d guess that were Apple to do this, the strap would be permanently fitted to the Watch. But given straps also need replacing on any kind of watch due to wear, this could end up being an idea left on the cutting room floor.