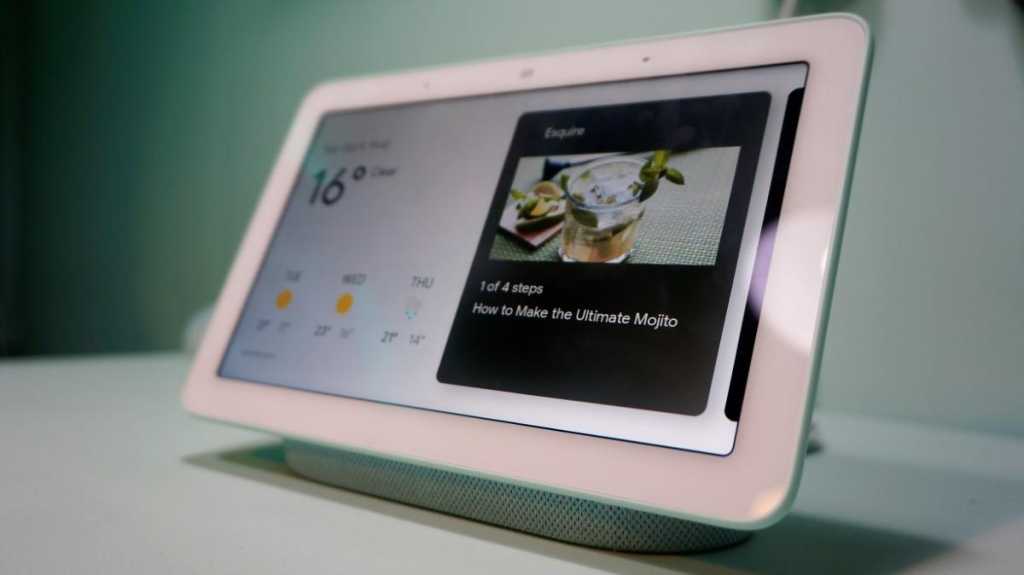 Google has added ultrasonic presence sensing to its  Nest Hub and Nest Hub Max. The products formerly under the Home Hub branding will now be able to sense a person’s proximity using high frequency sounds.

A bit like a bat’s sonar, the Hubs will play high frequency inaudible sounds and then listen back to the waveforms via their microphones. Android Police first reported the news and claim the tech can sense people up to five feet away.

When you move close to the devices they will surface weather information and highlight their touch controls, whereas when you move away they’ll enlarge fonts to make everything more readable.

The news might peeve anyone who bought the smaller Nest Hub for the fact it doesn’t have a camera. Google differentiated itself with this aspect of the smaller smart display and it was a boon for the privacy conscious who still wanted one. This new ultrasonic feature is just another way for your device to know you’re around it.

The larger Nest Hub Max already has a camera, but Google insists to Android Police that it doesn’t use the camera for any of the new features. Google also told Engadget that the ultrasonic noises shouldn’t upset your pets’ sensitive hearing.

Google first introduced the ultrasonic tech on its small Nest Mini speaker (confusing branding, isn’t it?). The update comes as an automatic software download, but you can turn it off in your Google Home app on your phone or tablet that’s connect to your Hub if you don’t like the sound of it.