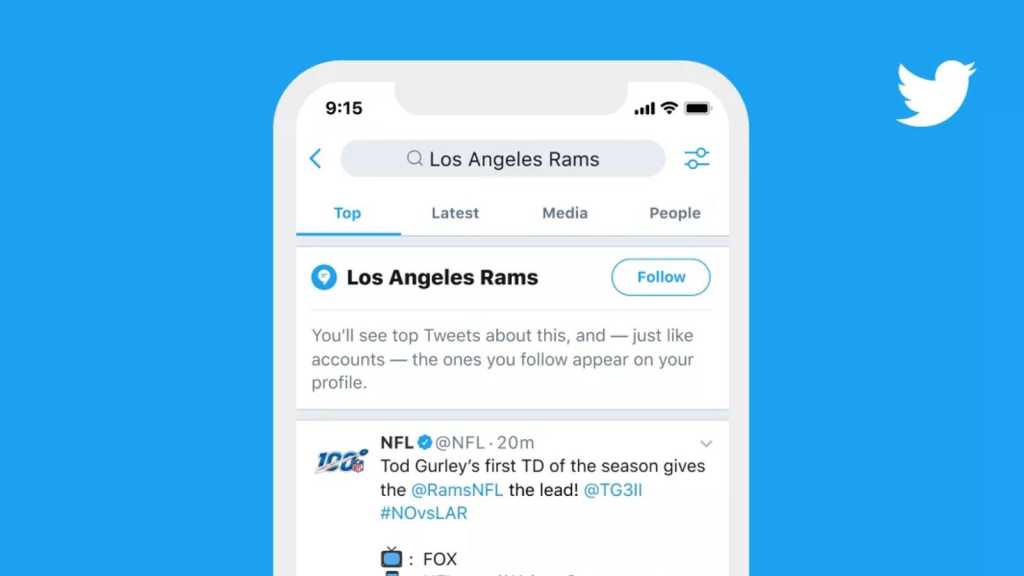 Twitter this week will start to roll out Topics, a new way to follow certain subjects rather than specific people or accounts. Unlike following a hashtag, Topics will initially launch with over 300 subjects from entertainment, sport and gaming.

The Verge reports that the new feature will surface tweets largely from accounts you don’t follow on a subject of your choice. Twitter has apparently been wanting to do this pretty much since its founding, but has waited until now – perhaps too long, some would say – before it has been happy enough with the combination of machine learning and a human editorial team to make Topics work.

The system works by scanning tweets for the keyword you’ve chosen and variables, for instance if you picked ‘Manchester United’ it’d scan for that as well as ‘football’ and ‘Premier League’. Twitter then claims it vets whether the person or account tweeting it is credible based on whether they usually tweet about it, before a final round of checks on replies, retweets and likes.

It is likely that the system will be fairly basic at first, but could prove attractive for Twitter newcomers who find the site unapproachable or intimidating. There’s a big world of conversation on Twitter, but until now unless you follow the right people, they can be hard to find. Some of that has changed with Twitter now attempting to surface tweets you might be interested in, but in our experience it doesn’t always work very well.

Twitter hopes that Topics will help not only surface new tweets for you as a user but also perhaps spread your own tweets further. “As with any machine learning problem, we learn the most from putting this in customers’ hands, and seeing what they engage with so we can build better models,” said Rob Bishop, Topics team leader.

“Our goal is to get this out as quickly as possible and get people using it so we can improve our algorithms.”