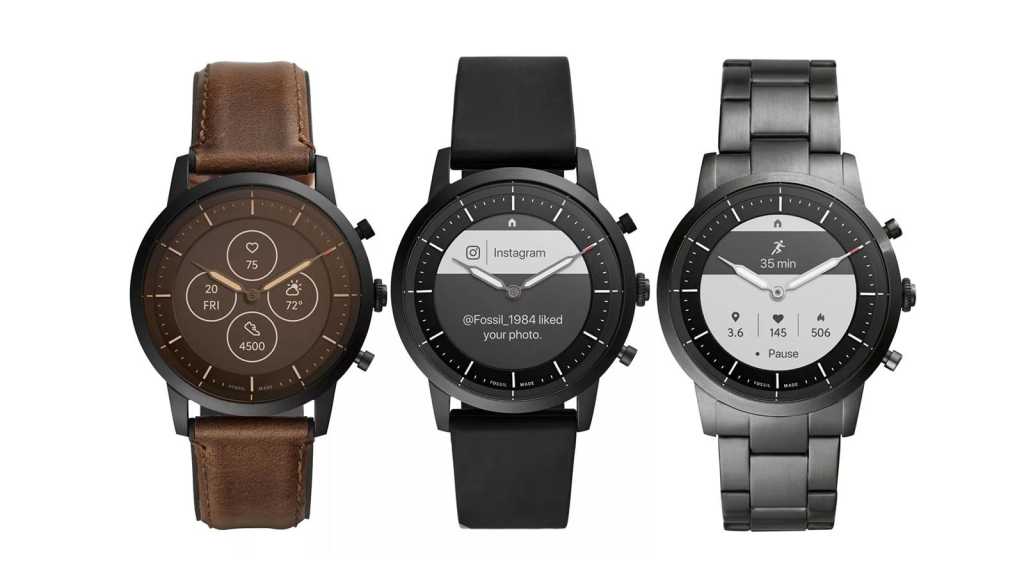 Fossil has announced the Hybrid HR, a smartwatch with physical watch hands in front of an always on display. It’s on sale now for $195 or $215 for the stainless steel version.

Unlike the many of Fossil’s other smartwatches the Hybrid HR doesn’t run on Google’s Wear OS, a flashy operating system with apps that typically runs a battery down. Instead, the new watch uses Fossil’s custom OS and has a monochrome display that displays key information, leading to Fossil’s claim of two-week battery life in some conditions.

With the physical watch hands offering the time, the display shows basic notifications from your phone and has different watch face options to shoe key wearable data like weather, date, next appointment and steps.

As the name suggest, the watch also has a heart rate monitor. But the style of the Hybrid HR means it’s more of an everyday watch than a fitness focussed product despite its basic fitness tracking smarts.

Fossil Group owns many Wear OS brand licenses such as Michael Kors, Skagen, Misfit, Armani, DKNY and Puma that compete against its own first party Wear OS hardware. This hybrid watch is a slight departure but is an evolution of watches like the Fossil Q Commuter that used the watch hands to point to what type of notification your phone had just received. It was clever, but it was a bit like having to decode.

The audience for the Hybrid HR will be those who want a watch that’s suitable for formal occasions but can also subtly display notifications and keep track of basic fitness metrics like steps and heart rate. While you can wear the watch for running, there’s no GPS to track your route.

The killer feature here is surely the battery life combined with the subtle design. There are surprisingly few tasteful analogue hand smartwatches out there, so we hope the Hybrid HR turns out to be a good one.