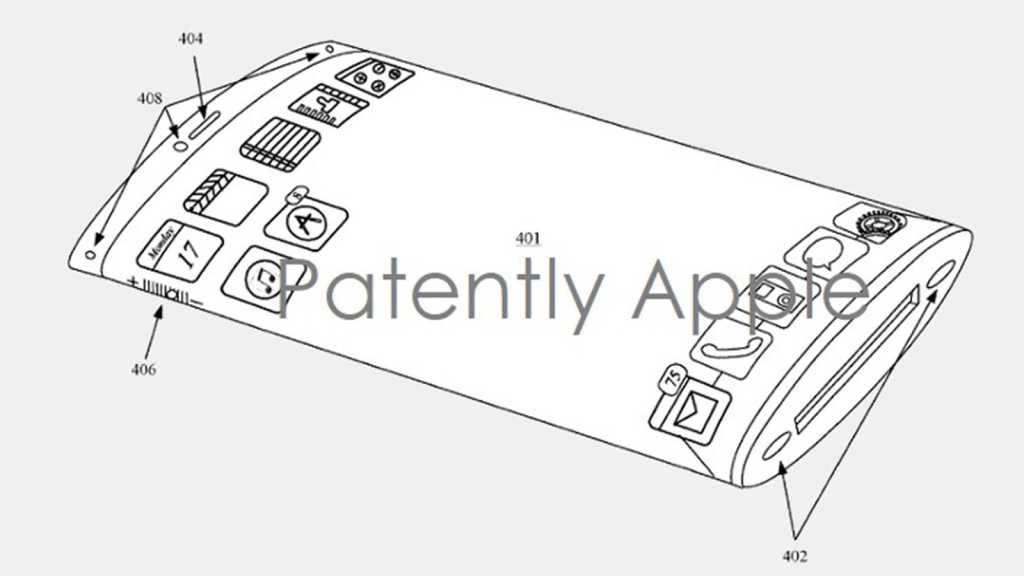 An update to an Apple patent has surfaced showing a design for a wraparound iPhone display. It’s not the first of its kind to turn up – Patently Apple reports it as the thirteenth such filing from Apple.

The patent and image, originally filed in 2013, has reportedly been updated to include design details that confirm a glass body and looping display.

The iPhone 11 and 11 Pro have the same notch design first seen in 2017 on the iPhone X that was carried through to the iPhone XS and XR last year too. Apple is due a major design update but it is still uncertain if a wraparound or ‘waterfall’ display will be the solution.

The patent shows changes like virtual volume controls on the edged screen rather than buttons (like we’ve seen on the Huawei Mate 30 Pro) and a top bezel for sensors and an earpiece with little to no bottom bezel. There is no notch, though the image is from 2013 as stated.

It is incredibly unlikely that Apple would ever release a phone with a completely wraparound glass display as seen on the Xiaomi Mi Mix Alpha. This is a good thing.

It’s not unusual for such patents to exist for several years as in this case, and nor is it unusual for them never to come to fruition in products as popular as the iPhone. But with Android phones from Huawei and Samsung pushing display technology, will 2020’s iPhones bring curved, bezel-less displays as well as 5G?

It’s unlikely, but tantalising clues like this help fuel the rumour fire.