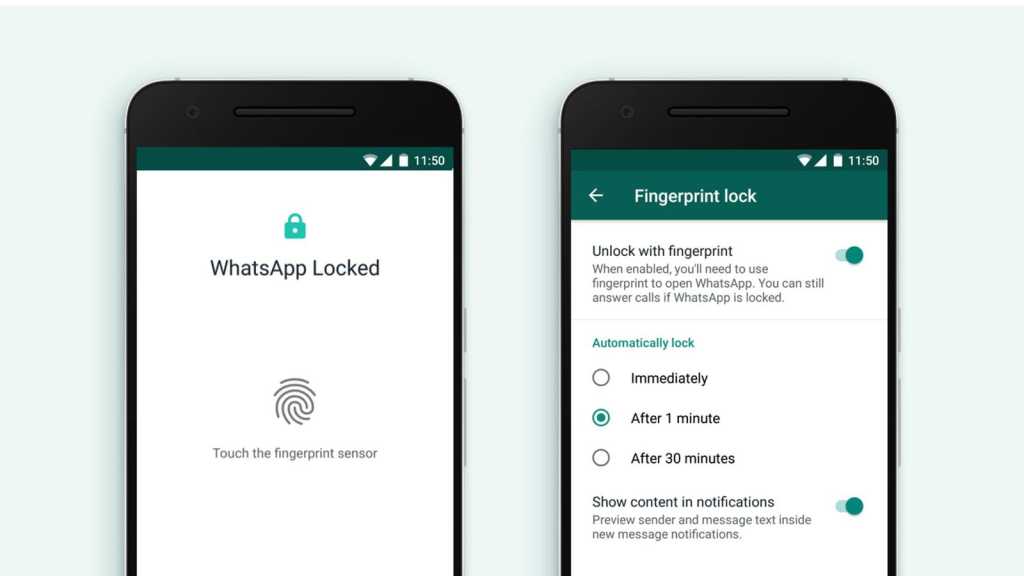 WhatsApp has updated its Android app to include an option to unlock it with your fingerprint. It follows there already being an option to keep your messages behind biometrics for iPhone with Touch ID and Face ID support.

We’ve tested the feature and it works as advertised – turn it on and when you open WhatsApp it’ll require your fingerprint to unlock the app, even if the phone screen is already unlocked.

To turn the feature on in the app, go to Settings > Account > Privacy > Fingerprint lock and turn it on. You can set the app to lock immediately, or after one or 30 minutes.

Some Android phones offer app lock features within the OS that let you keep certain apps locked behind a fingerprint, but it’s good to see individual apps like WhatsApp offer it too. As WhatsApp is owned by Facebook, this could be a feature that extends to its other apps like Facebook, Messenger and Instagram.