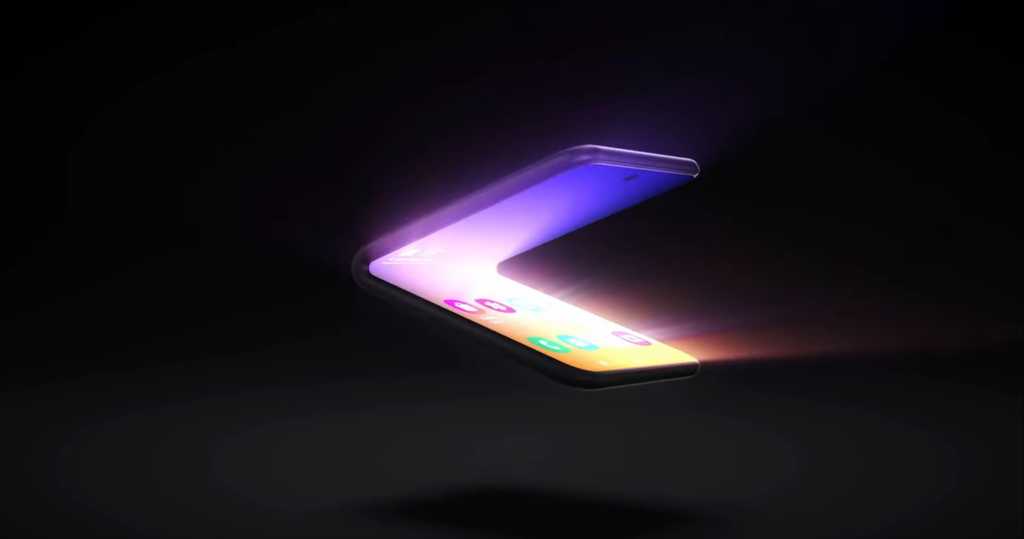 Samsung has vaguely teased what its next foldable phone might look like with a video showing a flip-phone design. Recalling the popular form factor of the 90s and early 2000s, we also expect to see a Motorola Razr foldable display smartphone to debut in November.

Samsung debuted the video at its developer conference, where onstage executives praised its pocketability and compact design. The video shows the concept next to the existing Galaxy Fold to see how both designs use space and display content.

The Fold had a bumpy ride from unveiling (February) to release (September) with a delayed production thanks to manufacturing difficulties raised by initial US reviews.

We had hands-on with the first run of the Fold and praised its mad form factor and forward thinking, envelope pushing design, but were rightly concerned with its fragility. On start up of the retail version of the Fold, you are advised that fingernails can make permanent damage to the display – a display that necessarily has to be plastic in order to physically fold.

Samsung used its folding phone category to discuss updates to its Android skin, the latest version of which is One UI 2. The video below shows how the company is tweaking its existing interface for its Galaxy phones – we like what the company is doing here, too. Samsung’s smartphones have always had excellent hardware that was sometimes let down by the software. Thankfully One UI has changed that by presenting itself as a thoughtful reimagining of Android.