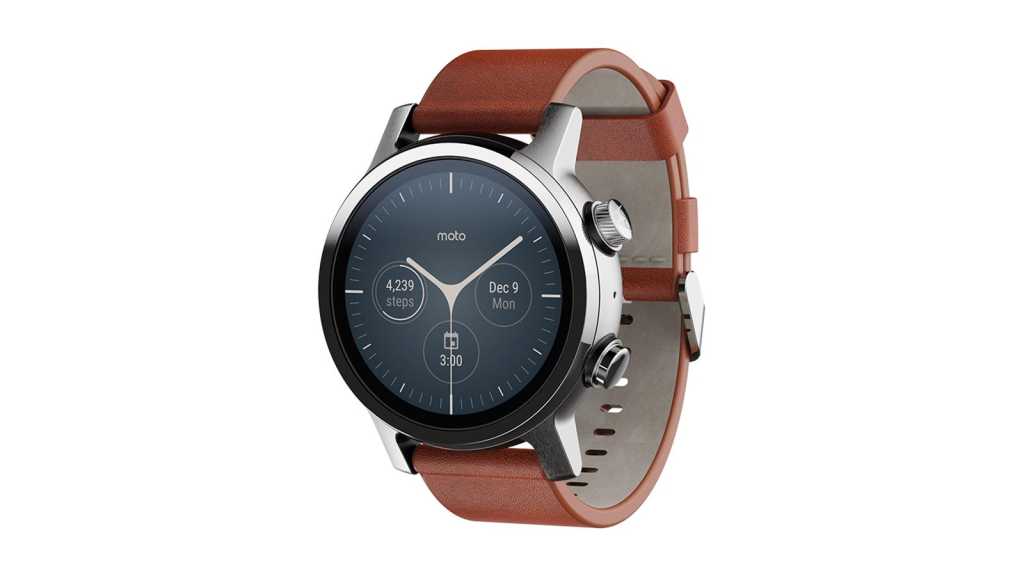 A new smartwatch called the Moto 360 third generation recalls the attractive circular designs of the first two generations but isn’t made by Motorola. It’s not even made by Lenovo, the company that owns Motorola.

Licensing out brands is nothing new in tech. In recent years we have seen Android smartphones from the BlackBerry and Nokia brands, neither of which are actually made by those two companies. When it makes more sense for a third-party company to manufacture a product, the brand name is simply there to shift units.

“Today’s Moto 360 takes the smartwatch to the next level, combining premium design with the latest technology”, said Dave Carroll, Executive Director, Strategic Brand Alliances Motorola Mobility LLC. Maybe so, but with the Snapdragon 3100 platform on Wear OS, the new Moto 360 is one smartwatch in a crowded market that doesn’t do anything new.

The watch retails at $349, a quite high asking price, though you do get a leather and rubber strap in the box with the admittedly attractive circular design. Gone are the days where circular smartwatches had a ‘flat tire’ design, with the whole display now full with the sensors under the screen itself.

There’s good attention to detail with the Motorola M logo on the crown used to scroll through menus a la Apple Watch, and features seen on other newer Wear OS watches like battery saving modes and faster processing. But for less than the asking price you can get a Samsung Galaxy Watch Active 2 or an Apple Watch Series 3 – the latter at $199 is a particularly excellent deal, even if it is two years old.