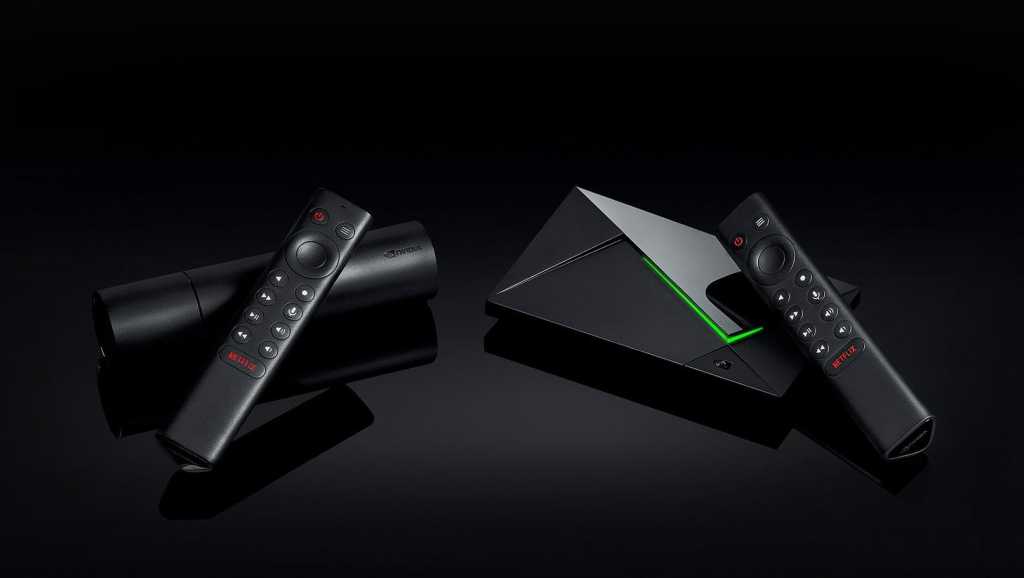 Following major leaks over the past couple of weeks, Nvidia has officially revealed the new-look Nvidia Shield TV alongside the Shield TV Pro. It’s the first time in the Shield TV’s history that Nvidia has veered away from the rectangular, angular design of the media streamer, hinting at a shift in focus for the latest products in the range.

That has all but been confirmed by Nvidia; the company revealed that the standard Shield TV experience is now tailored towards media consumption rather than gaming – the main focus of the streamer since the release of the first-gen device back in early 2015. The standard 2019 variant of the Shield TV is cylindrical in design with no bells or whistles. There’s not even a single LED to display status, and that’s because, unlike its predecessor, the new Shield TV is designed to disappear behind your TV.

The remote has received some much-needed TLC too, offering a triangular form factor that fits nicely in the palm of the hand alongside premium features like motion-activated backlit keys, dedicated media controls and a built-in IR blaster to control your TV and surround sound systems with a single remote. 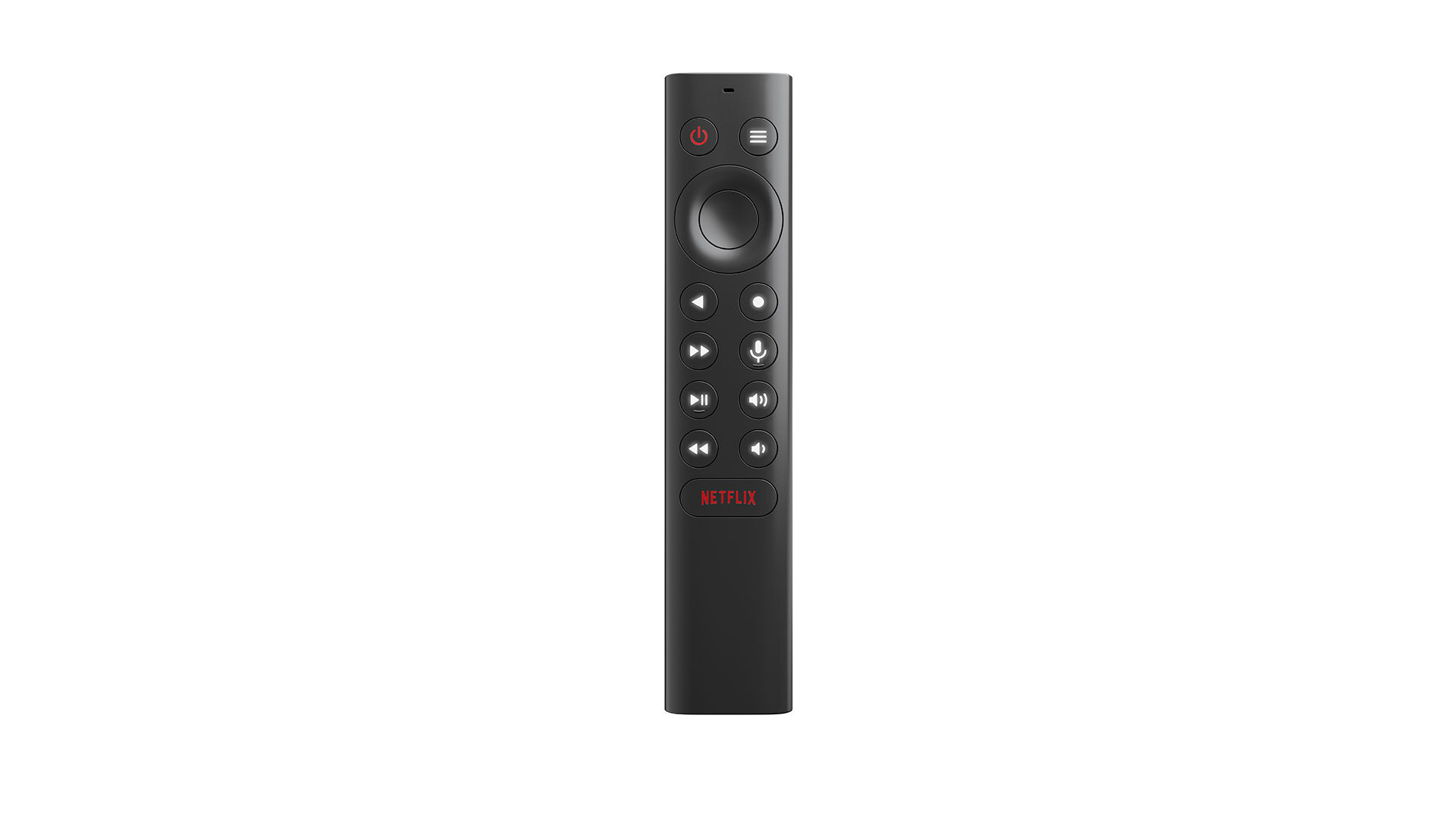 With a step away from hardcore gaming, you won’t find a controller bundled with the Shield TV – neither the standard or the Pro. Those interested in using the Shield TV to access GeForce Now or Google Play games will have to pair their own Xbox One, DualShock 4 or Shield controller. It might seem annoying, but most gamers will already have an Xbox One or DualShock 4 controller laying around and, let’s be honest, the Nvidia Shield TV controller was never that great, was it?

Design aside, the Shield TV features an upgraded Tegra X1+ chipset alongside 2GB of RAM and an upgradable 8GB of storage. It might not sound like much, but Nvidia claims it should be more than enough to install the apps and games that you use most frequently.

The upgraded chipset is important; as well as offering a 25% boost in the graphics department to improve the performance of locally rendered games, it also offers 1.3TF of AI compute power, allowing the media streamer to locally – and intelligently – upscale content to 4K with incredible results. 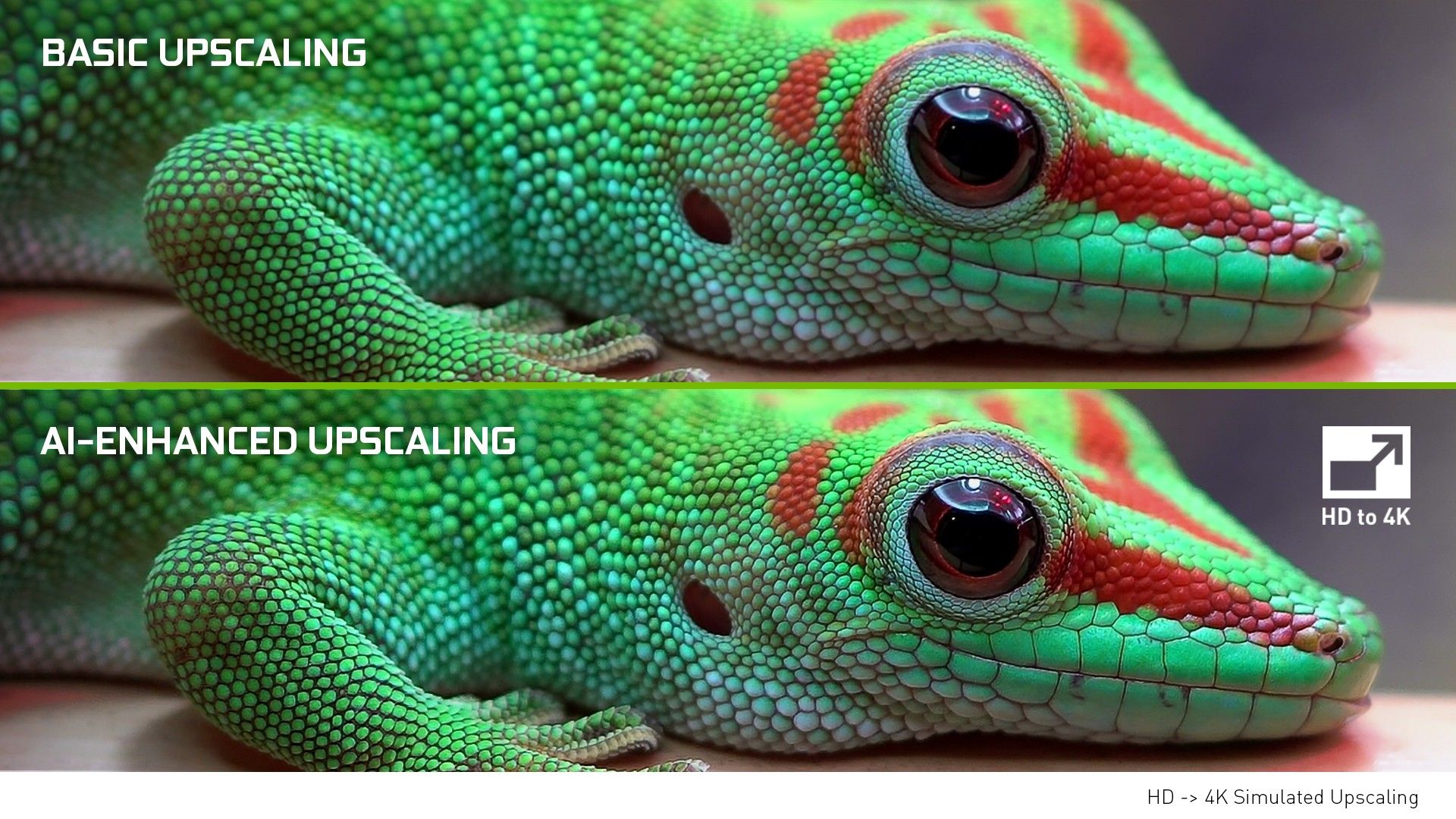 The Shield TV can take 360p, 480p and 720p content (capped at 30fps) and upscale it to 4K, adding impressive detail to content that would previously look soft. It’s genuinely the best example of 4K upscaling we’ve seen so far, leaving built-in 4K upscaling in the dust, and it’s the reason for new and existing customers to pick the Shield TV up.

You’ll also find both Dolby Atmos and Dolby Vision support across the likes of Netflix and Amazon Prime Video, offering an upgraded cinematic experience for those that have Dolby-compatible TVs.

Those that do enjoy the angular design of previous Shield devices can opt for the Nvidia Shield Pro. It features the same design as its predecessors alongside a boosted 3GB of RAM and 16GB of storage, as well as two USB 3.0 ports to hook up accessories including keyboards, mice, external storage devices and anything else you desire. It’s the ideal device for Shield TV power users but, in our opinion, the majority of consumers will be better off with the cheaper Shield TV.

Whatever you decide, the Nvidia Shield TV is available to buy right now for £149/$149, while the Shield TV Pro is a little pricier at £199/$199. If you want to find out more, take a look at our Nvidia Shield TV (2019) review and our selection of the best media streamers right now.