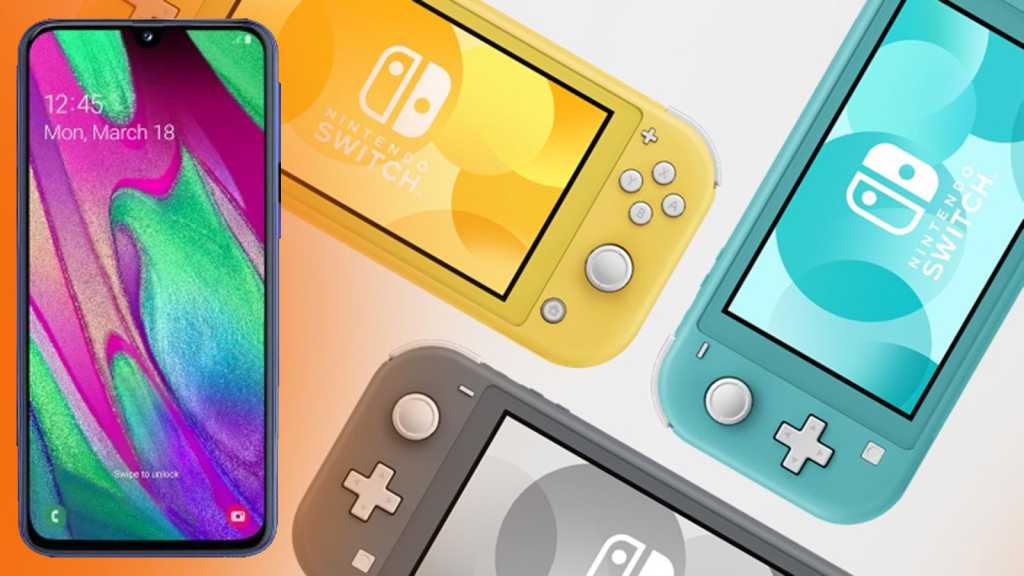 Who says you need to wait for Black Friday for Black Friday deals? The Nintendo Switch Lite, worth £199/US$199, just launched last month, but Mobiles.co.uk is giving the console away for free with its Samsung Galaxy A40, A10 and A20e deals – the bundle is only available on plans from specific network carriers though.

Head to Mobiles.co.uk right now to see the deals for yourself or read on to find out more.

The phones on offer belong to Samsung’s budget Galaxy A-Series range, with the Galaxy A20e and A40 having been announced in April 2019.

The Galaxy A40, with 64GB storage, features a 5.9in AMOLED display with a 25Mp front-facing camera integrated into a teardrop notch. On the back, you get a dual-camera set-up which includes one 5Mp ultra-wide lens and one 16Mp main camera.

You can only pick up the Nintendo Switch Lite bundle when you choose the Galaxy A40 contract plan from O2. The deal includes 12GB of data and unlimited minutes and texts for £29 per month and £25 up front.

For a larger display, there’s the Galaxy A10 which offers a 6.2in HD+ screen, along with a 13Mp rear camera and 5Mp front-facing camera. EE is the network to look out for if you’re after the free Nintendo Switch Lite with this phone: its plan includes 4GB of data with unlimited minutes and texts for £23 per month and £75 upfront. You can also choose from add-ons like 3 months of BT Sport, 6 months of Apple Music or 6 months of MTV Play.

Meanwhile, the Galaxy A20, like the A40, comes with a 5Mp wide-angle camera and 13Mp main camera on the back, but a 8Mp front-facing camera. It’a smaller 5.8in HD+ screen too.

Head to Mobiles.co.uk to check out its Nintendo Switch Lite bundle offers directly.

For more phone deals, see our dedicated round up. Don’t forget, you can still pick up a free 14in HP Chromebook with Google Pixel 4 and 4 XL purchases.