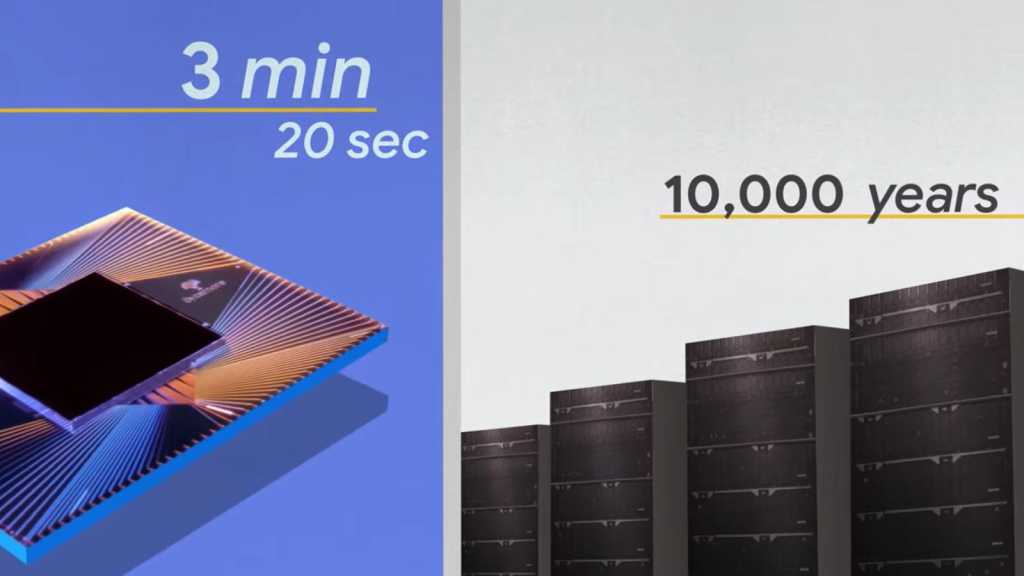 Google has  published a blog and  research paper detailing its claims of achieving what it calls “quantum supremacy”. The company says it has created a programmable superconducting processor that is many thousands of times more powerful than any existing supercomputer on Earth.

“Unlike classical computing, which runs everything from your cell phone to a supercomputer, quantum computing is based on the properties of quantum mechanics,” Google said. “Our chip, which we call Sycamore, performed a computation in 200 seconds that would take the world’s fastest supercomputer 10,000 years.”

In computing, a single bit can store information as a 0 or 1, but a quantum bit, or qubit, can be a 0 or 1 at the same time. It means when compiled on a chip, the computing power and possibility grows exponentially more massive than with regular computers.

The Google Sycamore processor is 54-qubit and can perform tasks that are technically impossible on traditional supercomputers.

What does this mean practically? Google claims that “quantum computers could potentially solve problems that would be too difficult or even impossible for classical computers—like designing better batteries, figuring out what molecules might make effective medicines or minimizing emissions from the creation of fertilizer.” So, the big stuff.

Rival IBM  published a blog disputing Google’s claim that a supercomputer would take 10,000 years to complete Sycamore’s 200 second task, saying “We argue that an ideal simulation of the same task can be performed on a classical system in 2.5 days and with far greater fidelity”.

The quantum computer wars are upon us. What does it mean?

No one really knows yet, but at least the numbers are impressive. It’ll be ages before we see this tech in a consumer capacity though, if ever. Almost all the use cases are research based.