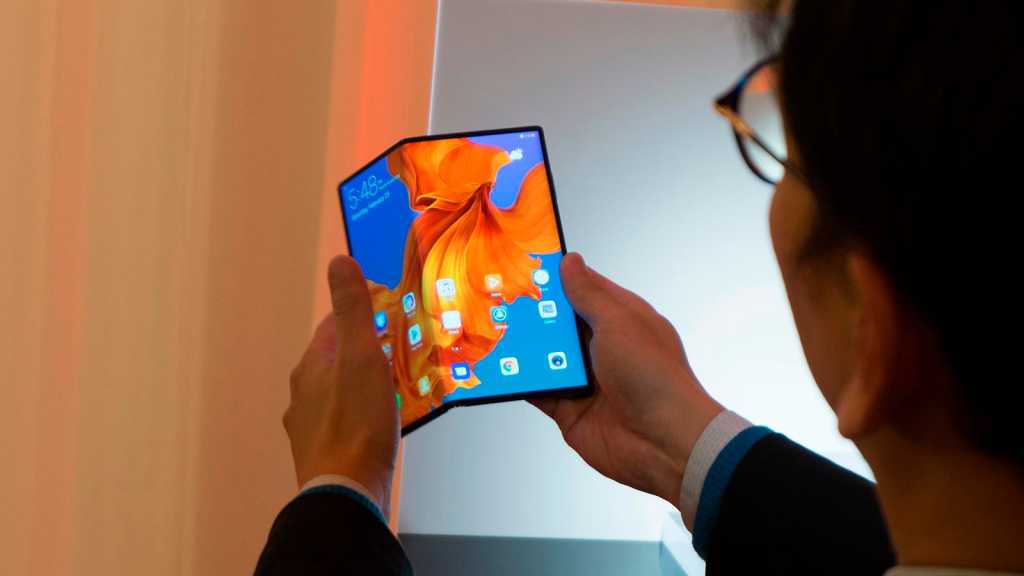 Huawei has confirmed that its delayed folding phone the Mate X will go on sale in China on 15 November. The news came at a Chinese press conference (via Sina Digital).

Originally  debuted at MWC in Barcelona in February and considered the main rival to the  also-delayed Samsung Galaxy Fold, the Mate X will retail for the equivalent of £1,860 / $2,400 USD (16,999 yuan). The prices are likely to be different to the converted price though, considering the Fold is on sale for £1,800 / $1,980 but it looks as if the Mate X will go for more than Samsung’s device.

Huawei told The Verge that “a global launch plan is under review.”

The Fold and Mate X arrived on a wave of hype slightly earlier than the industry expected. With both phones delayed because of manufacturing issues, perhaps we were right to be surprised as the technology is clearly first generation.

Glass doesn’t bend so plastic screens are there by necessity. The Fold’s display can be dealt a permanent indent from a fingernail and looks like a device to be handled with extreme care. It’s almost as if it should be bought as a secondary device to someone’s main smartphone – which is mad considering it costs two grand.

We expect the Mate X to fare the same and be just as fragile. The design is different to the Fold, and the display is permanently on the outside rather than closed like a book, so it’s exposed to the elements (and sharp stuff) at all times. You’re going to want a case, perhaps even a belt pouch like the good old BlackBerry days (we are only half joking).

The Mate X’s 8in screen is a thing to behold though, so if you’re an early adopter of tech and haven’t got the Galaxy Fold you might find it hard to resist this.

For the rest of you, put your wallet away, are you insane?