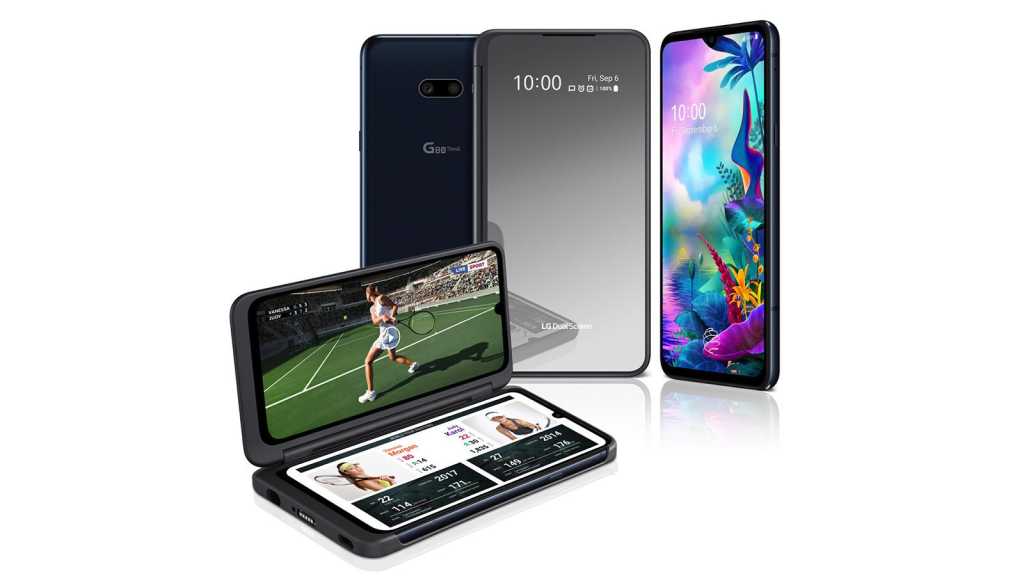 The LG G8X ThinQ will be available unlocked in the US from 1 November  the company has announced, following the phone’s unveiling at IFA 2019. We went hands-on with the phone and its odd dual-screen case accessory at the time and were strangely intrigued given its obvious chunkiness and shortcomings.

A full release for the phone will follow soon for Brazil, Japan, Germany, Mexico, Spain and Turkey. A UK release date is not yet confirmed and seems unlikely given the original  LG G8 has still not come out here.

The phone will sell bundled with the Dual Screen case for $699, a great price and a sign that LG might have cottoned onto the fact its previous flagship phones were too expensive. For comparison, the LG V50 is currently $899 from Best Buy without its own second screen case accessory (although that phone is admittedly 5G compatible).

On its own the G8X has the Snapdragon 855, a high-quality headphone jack with DAC that LG is known for, an in-screen fingerprint sensor, 128GB storage with 6GB RAM and a large 4,000mAh battery. It also has LG’s signature wide camera, something the Pixel 4 lacks.

LG said the G8X bundle would be available from Amazon, AT&T and Sprint. It sees LG semi-latching onto the trend for folding phones like the Samsung Galaxy Fold and Huawei Mate X but simply using a case accessory with two distinct displays rather than opt for the more expensive and much trickier folding single screen.

It means the phone looks like a Nintendo 3DS when held in landscape and could open up some fun gaming options as well as being able to run two apps in portrait. We hope to get our hands on the phone again soon to give it a full review.