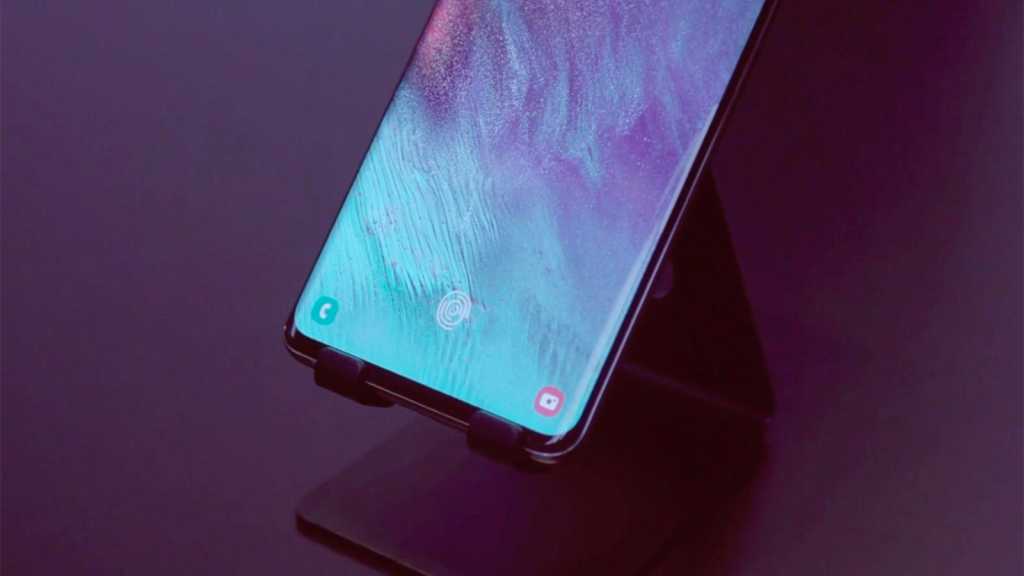 There is a bug in the  Samsung Galaxy S10 that means any fingerprint will register and unlock the phone if some types of screen protector are fitted.  The Sun reported a woman had purchased a wraparound silicone case for the phone from eBay only to find her husband could also push the under-screen fingerprint sensor and was allowed into the device.

In fact, all fingerprints tested worked on the phone and the woman’s sister’s S10, so anyone could access the phone and the biometrically locked banking apps installed. We’ll admit it’s a little odd to use a silicone case that covers the screen as well as the back of the phone rather than using a plastic or glass screen protector.

In the Sun’s video it’s unclear if the owner registered the fingerprint with the silicone case on. If they did, this might have registered the imprint of the inside of the gel case rather than the fingerprint, explaining why anyone who pushes down on that same bit of silicone would be able to get into the phone.

That said, it shows that with new technology like in-screen fingerprint sensors there are going to be things phone manufacturers don’t think of that result in security flaws. The implications are bad for Samsung, who in a statement said, “We’re investigating this internally. We recommend all customers to use Samsung authorised accessories, specifically designed for Samsung products.”

Such official or authorised products are often very expensive, and there are thousands of cheaper S10 cases and screen protectors to buy online. Considering the phone has been out for six months, this is an embarrassing bug for Samsung.

While unconfirmed, it’s safe to assume this bug also exists on the S10 Plus and S10 5G that have the same fingerprint scanner. Make sure you register fingerprints directly onto the display or a glass or plastic screen protector – and it’ll be better if it’s Samsung approved in this instance.