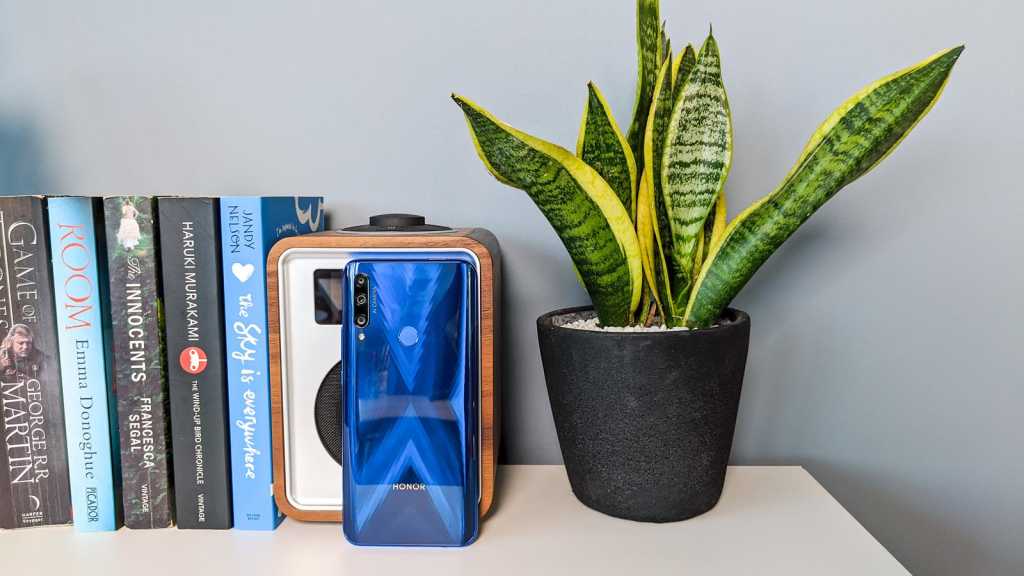 Honor has confirmed that the Honor 9X, which launched in China this summer, will come to the UK and Europe – and we can expect it fairly soon.

The 9X is the company’s first phone to feature a pop-up selfie camera, which gives it an almost bezel-less 6.59in front screen. Other headline specs include a 48Mp main rear camera and one of Honor’s signature striking coloured glass finishes, this time with an ‘X’ made out of reflective geometric diamond-cut tiles on the phone’s rear.

We’ve already spent a while with the 9X, so read our review to find out what we think.

When is the Honor 9X coming out?

The Honor 9X is out now in the UK, after a launch on 14 November. It’s unlikely that the phone will come to the US however.

How much will the Honor 9X cost?

The 9X is an affordable little number at £249.95 from  Honor itself or  Argos, with Amazon also expected to sell it. You can also get it on contract from Carphone Warehouse with prices from £16.99 with no upfront cost, while Mobiles.co.uk has it for £16 per month and  Mobile Phones Direct has a cashback deal that reduces the effective price to just £12.50 per month with no upfront.

The previous Honor 8X launched at just £230 in the UK, and the 9X is similarly aggressive, which could help make it one of the best Honor phones.

In the UK the 9X is available in Sapphire Blue and Midnight Black in just one configuration: 4GB RAM with 128GB storage.

Will it have Google apps?

We can also confirm that the phone will come with access to Google apps – no longer a guarantee following the launch of Huawei’s Mate 30 series. That’s because the 9X passed Google’s certification for its Chinese launch before Huawei was added to the US trade black list, so it will continue to get Google apps and updates – including a planned upgrade to Android 10, though it will ship with 9.

What are the 9X specs and features?

One interesting note is that this actually looks to be a hybrid between the Honor 9X and the 9X Pro – it has the 6GB RAM and 128GB storage configuration of the 9X, but the triple camera array of China’s Pro model, with a 48Mp main camera joined by a 2Mp depth sensor and 8Mp ultrawide – the latter of which doesn’t feature in the base 9X that was released in China. The European model also has a fingerprint sensor on the rear, while it’s on the side of the device in the Chinese variants.

A Kirin 710 processor, 4000mAh battery, USB-C charging, and headphone jack round out the fairly competitive specs list. There’s no NFC and no IP rating – but both are typical omissions at this price point, and Honor says the phone has been tested for water and dust resistance, even if it doesn’t have the formal rating.

Alongside the Honor 9X, the company also unveiled two new products joining its expanding range. First up, the Honor Band 5 Sport is a cheaper, sportier take on the Band 5 fitness tracker that omits the colour display but adds in six-axis motion tracking and a shoelace clip so that it can double as either a watch or clip onto your shoes to analyse your gait, stride, and more while running, cycling, or through various sports.

There are headphones too. The Honor Sport Pro Bluetooth neckbuds offer 18 hours of music playback off a single charge, and a unique solution to pairing: a USB-C plug is hidden in the in-line remote, and can be used to instantly pair the headphones with your phone – as long as it’s an Honor or Huawei handset, that is.