Oppo took to the stage in London today to reveal the Oppo Reno 2 and Oppo Reno 2 Z, the latest in the Oppo range set to make its way to the UK, US and Europe. While the two smartphones may look similar to their predecessors on the surface, there are a bunch of improvements that could cement the Reno 2 and Reno 2 Z’s position amongst the best mid-range smartphones coming to market in 2019.

Here’s all you need to know about the Oppo Reno 2 and Oppo Reno 2 Z, including release date, pricing details and the key features of the latest smartphones. You can also read our full Oppo Reno 2 review since we’ve had the phone for a while.

When will the Oppo Reno 2 be released?

As revealed by Oppo, both the Oppo Reno 2 and 2 Z will be released on 18 October in the UK and parts of Europe.

There’s no word yet on US availability, but we’ll update this section once we have confirmation.

How much does the Oppo Reno 2 cost?

As announced by Oppo at the London launch, the Oppo Reno 2 will cost £449 in the UK – that’s cheaper than the original, which cost £499 at launch. If you’re looking for something more budget-friendly, the Reno 2 Z’s £329 launch price may be a little more palatable. 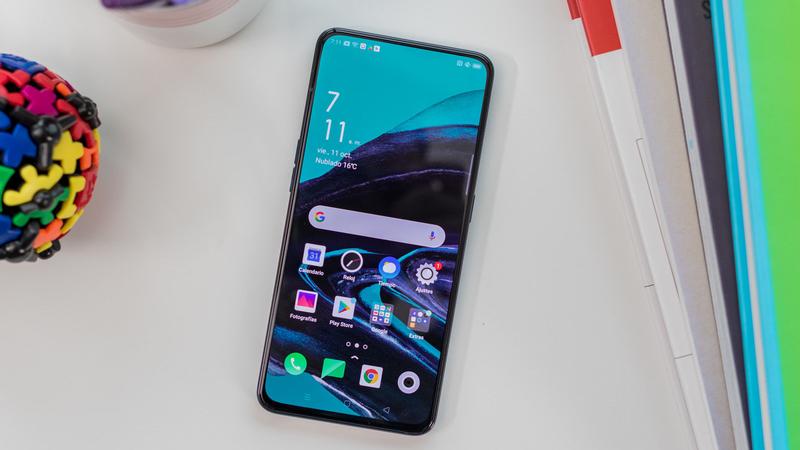 What’s new with the Oppo Reno 2?

The Oppo Reno 2, on the surface, doesn’t look that different to its predecessor, but that’s not necessarily a bad thing.

The original Oppo Reno was a gorgeous smartphone with captivating colour options, and it’s much the same this time around too. You get the same premium glass design with a 6.5in AMOLED bezel-less display with in-screen fingerprint scanner and the signature Shark Fin pop-up selfie camera synonymous with the Reno range, but there are a handful of changes on offer too.

The first and most noticeable difference is in the camera department, and that’s because the Reno 2 features a quad-camera on the rear – up from the dual-camera offering of the original. You’ve still got the same main 48Mp snapper, but the Reno 2 also offers an 8Mp 116-degree ultra-wide angle camera, a 13Mp telephoto lens and a 2Mp mono lens. 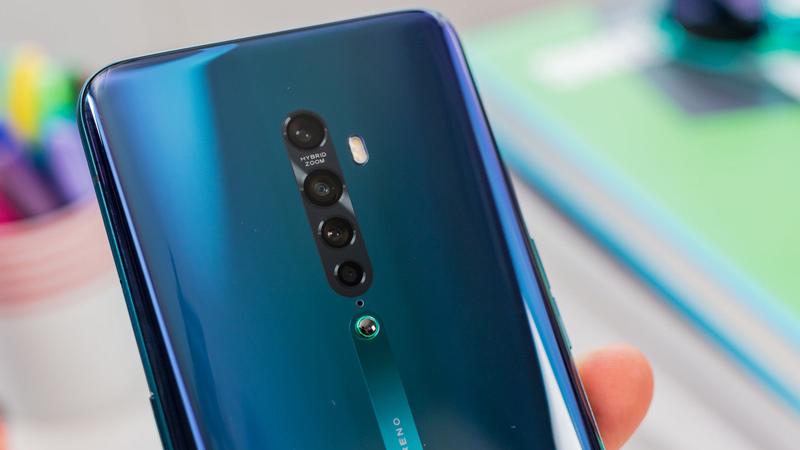 It’s the software of the Reno 2 that really looks to enhance the camera offering, with a 5x Hybrid zoom that uses both hardware and software, an Ultra Dark Mode to take photos in dim, challenging environments and an Ultra Steady video shooting mode – a feature of pretty much every 2019 mid-ranger, it seems.

There’s also a video bokeh effect that can be applied on both front- and rear-facing cameras, giving your videos a Portrait mode-esque look, but we’re not sure how useful this will actually be in real life.

Interestingly, there doesn’t seem to be a 10x variant of the Oppo Reno 2 like there was with the original. This is a little odd, to us at least, as we found the 10x Zoom model to be the best of the first-gen Reno range, and we can only hope that Oppo has plans to introduce it in the near future.

You’ll also find a large 4000mAh battery that should provide around 13 hours of continuous video playback according to Oppo, and when it does eventually need a charge, VOOC Flash Charge 3.0 should provide around 51 percent of charge in only 30 minutes. There’s also improvements to internal algorithms that Oppo claims shortens the notably longer charge time between 90 and 100 percent.

The internals have also had a speed boost, although it won’t be taking on flagship-level smartphones anytime soon. The Oppo Reno 2 sports Qualcomm’s gaming-focused Snapdragon 730G CPU alongside the MTK P90 GPU and 8GB of RAM. You’ll also find 256GB of storage, which should be more than enough for the majority of users.

What about the Oppo Reno 2 Z?

While it might not have all the bells and whistles of the standard Oppo Reno 2, the Reno 2 Z offers the same core experience and design at a much cheaper price point. 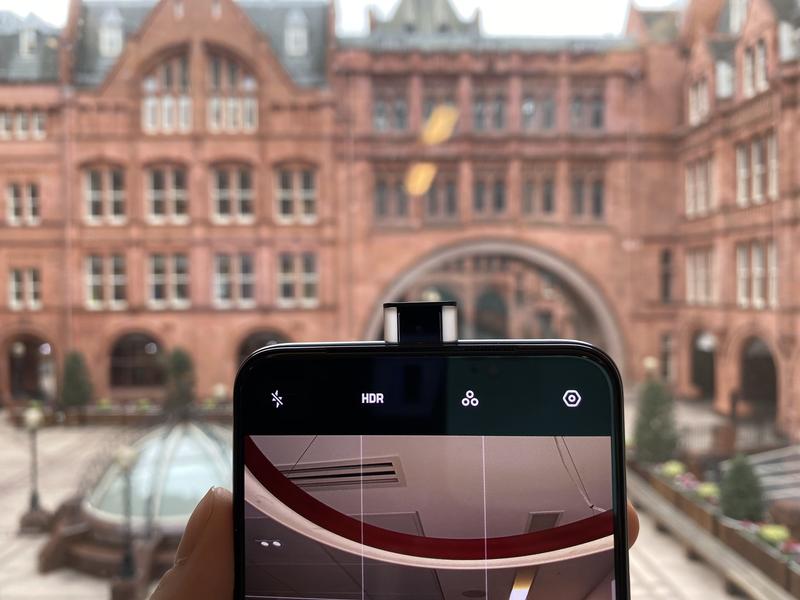 The Oppo Reno 2 Z features the same 6.5in display as the Reno 2 and, unlike the original Reno Z with a teardrop-style notch, the Reno 2 Z offers a pop-up camera. It’s not the Shark Fin design admittedly, utilising a square module to hold the front-facing 16Mp snapper, but it gives you a clean display experience.

And, like the Reno 2, the Reno 2 Z sports a quad-camera setup on the rear, but there are slight differences between the two offerings.

The Reno 2 Z’s quad-camera setup is composed of a main 48Mp sensor alongside an 8Mp 119-degree wide-angle camera, a 2Mp Portrait lens (which we imagine is used for depth measuring) and a 2Mp Mono lens. You don’t get access to the telephoto lens for close-up shooting, but it does still offer the 5x Hybrid zoom if required.

The Reno 2 Z isn’t quite as powerful as the Reno 2, featuring the same MediaTek Helio P90 chipset as the original, but the 8GB of RAM and 128GB of storage will be appreciated by price-conscious consumers.