At Google’s October 2019 keynote, the promise of new Pixel Buds was made real; with the company’s second-generation truly-wireless earphones slated for a Spring 2020 arrival. Now, you can finally buy them outside the US.

It’s fair to say that Google’s original Pixel Buds weren’t the best-received wireless headphones when they reached reviewers ears. They were slated (among other things) for their overtly sensitive touch controls, as well as their awkward ergonomics and cable management.

We gave them just two stars, but things look a little different with their successor.

During the opening moments of 2019’s ‘Made by Google’ keynote, the company’s SVP of devices and services, Rick Osterloh, launched into a teaser showcase for a new pair of Pixel Buds (see above).

After being limited to the US for a while, the Pixel Buds (2020) are now available to buy in other markets.

They’re on sale in countries including the UK, Canada, France, Australia and Ireland. They come with the following prices:

You can buy them from the official Google Store in Clearly White or Almost Black with some markets having additional colours. 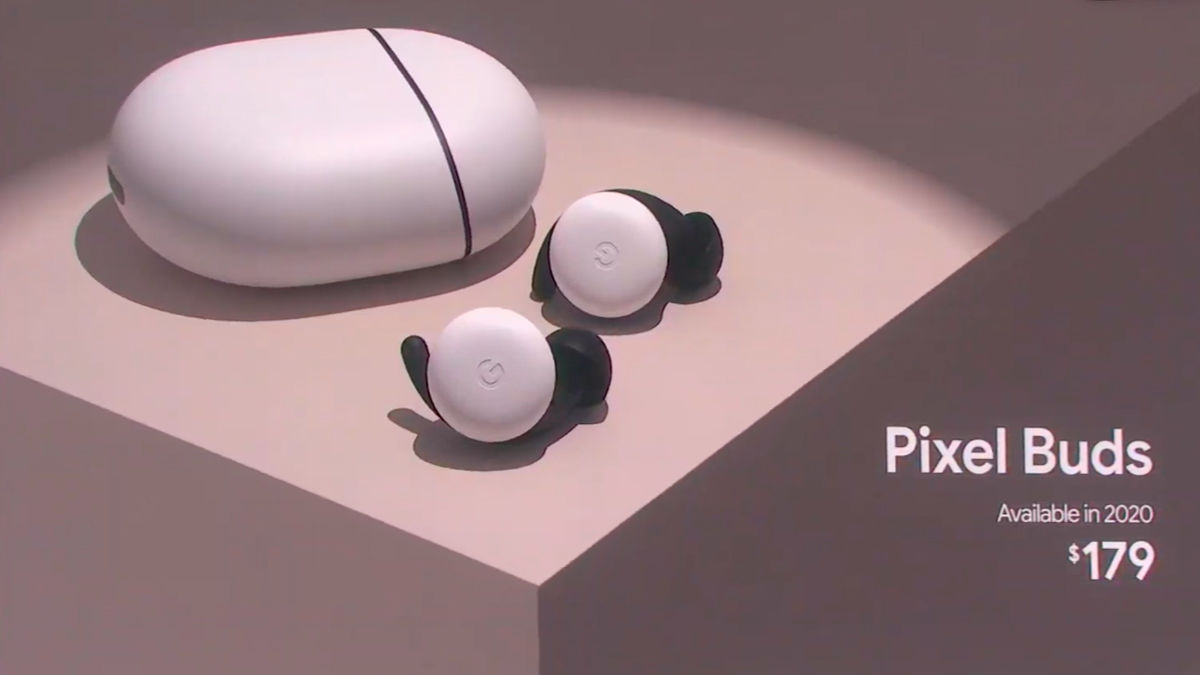 If you’re familiar with the original Pixel Buds, one of the first things you’ll notice with this second-generation’s design is that they are truly wireless, like Apple’s AirPods.

Out the gate, this should alleviate some of the biggest issues that users encountered with the original Buds; namely in the awkward case design that required the connecting wire to be wound in a very specific way in order for the Buds to properly fit inside, and the adjustable loops used to help (or more accurately, fail to help) the Buds fit and stay in users’ ears.

The silicone ear tips have adopted a more conventional in-ear design that should help with passive noise suppression, however, it looks as though Google has carried the semi-occluded structure of the first Buds over, with what it calls the ‘spatial vent’, which should allow some external noise to slip in.

Previously, this proved problematic, imposing on whatever you were actually trying to listen to; this time around it looks as though Google is addressing such a risk by adding dynamic volume adjustment, so the new Buds will get louder or softer relative to the ambient noise (or lack thereof) around you – provided you’re using them with a Pixel phone or an Android phone running Android Nougat or newer.

The new Pixel Buds rely on a variety of custom components, from the speakers themselves to the sensors and the batteries in use. They also deliver the same five hours of continuous playback as the original Buds, with a full 24-hours use per charge when topping them up with the included wireless charging case.

Beyond the real-time translation functionality that made its debut on the first-gen Pixel Buds, one of the standout features for the 2020 model is their long-range Bluetooth connection. While Google didn’t elaborate on the technology at play, the feature should allow users to leave their phone on charge or in another room, while continuing to use the Buds themselves as normal, whether to play music, take a phone call or pose a query to the Google Assistant.

Under ideal conditions, Google says that this long-range Bluetooth connection will work across up to three rooms indoors and up to an American football field away outdoors.