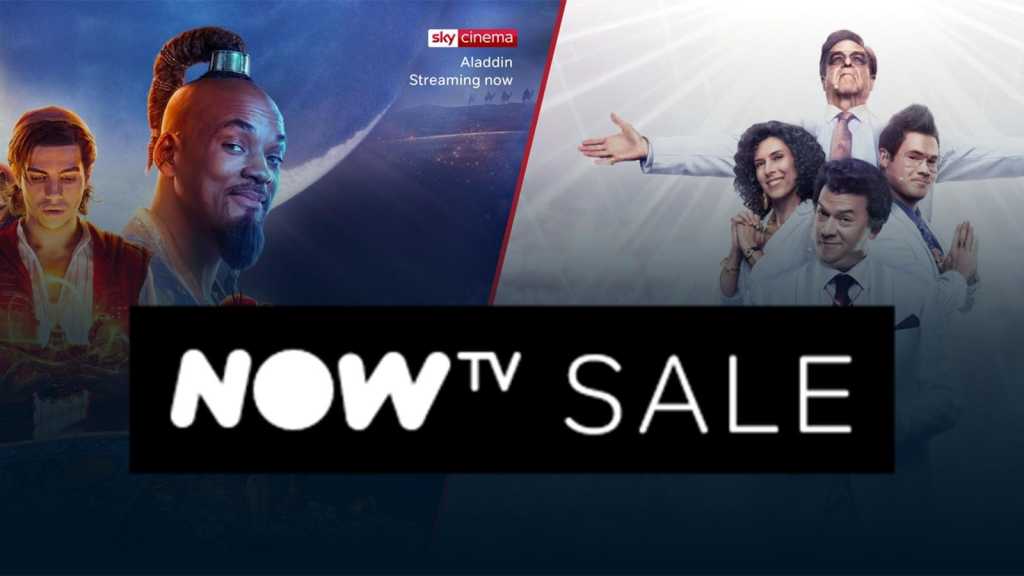 Sky TV is offering a massive 75% discount on its Entertainment and Sky Cinema bundle, which now costs £4.99 for one month. Without the discount, the price is regularly £20.98 for the two services.

Pay £1 more and also get a the Kids pass thrown in.

Where to get Now TV deals discounts

Apart from discounts directly advertised on Now TV, you can pick up bundles from the following retailers. These usually include a Now TV streaming device along with a monthly Entertainment or Sky Sport pass. We’ve also highlighted some of the best deals we’re seeing below:

While Now TV users may choose to stream on their phones or laptops, a Now TV Smart Stick or Now TV Smart Box lets users stream content directly to a TV. You can use a Now TV Stick to stream Netflix content too.

While both devices allow you to convert your TV into a smart TV (given it has an HDMI input) and to use Voice Search to look up shows, the Now TV Box also allows you access to 4K content and Freeview channels (though you’ll need an aerial and coaxial cable).

The Now TV Smart Stick (4/5 stars) costs £24.99. You can see prices across all UK retailers using our comparison tool below.

The Now TV 4K Smart Box (4/5 stars) allows you to stream Netflix and YouTube in 4K and is one of the cheapest media streamers around at now under £25 on Amazon. Compare its price across UK retailers using our tool below.

You can also pick up broadband plans from Now TV with speeds up to 63Mbps. There are no activation or delivery fees, and all plans are for 12 months. Right now if you pick the mid-range Fab Fibre plan (see details below) at £25 per month, you can also add the Sky Cinema Pass for £5.99 per month, discounted from the usual £11.99 per month.

There are three Now TV broadband plans to choose from:

What are Now TV passes?: Pass types and prices

If you’re not already aware, Now TV offers a wealth of shows, films and sporting events you can stream online via your connected device. It’s a great way to watch channels that aren’t available on Freeview, especially if you want to catch up on popular shows like The Walking Dead or Downton Abbey.

The subscription works via different passes, which determines the type of content you have access to. You can, of course, bundle different passes together to watch a mix of content. The passes are available at different price points, though before you decide, you can also sign up for a  7-day free trial.

There are five types of passes – here’s a break down of each Now TV Pass and the monthly subscription rate:

Sky Cinema (£11.99 per month): This one’s for movie buffs. The Sky Cinema Pass lets you watch over a thousand films with new premieres every day. Get instant access to recent flicks like A Star is Born, Avengers: Infinity War, and older (classics) like Step Brothers.  See other titles over at Now TV

Sky Sports Pass (£5.99 per month): This pass is for sport super fans, especially if you’re after watching the Premiere League. You get access to the main Sky Sports channel along with access to Sky Sports Arena, Sports Action, Sports Racing and Sports News.

Kids Pass (£3.99 per month): Now TV has a dedicated pass for children’s TV, where you can expect super hits like Peppa Pig and Spongebob Squarepants, and channels like Cartoon Network, Nick Jr. and Boomerang.

Hayu (£3.99 per month): With the ever-growing audience for reality TV, it’s no surprise Now TV has its own pass for such programming. You can watch the latest episodes of Keeping Up with the Kardashians along with other hits like the Real Housewives series, Project Runway, Dance Moms and more. ﻿﻿

See our round up of the best Now TV shows of the month. If you’re not in the UK, here’s how to access Now TV from abroad.