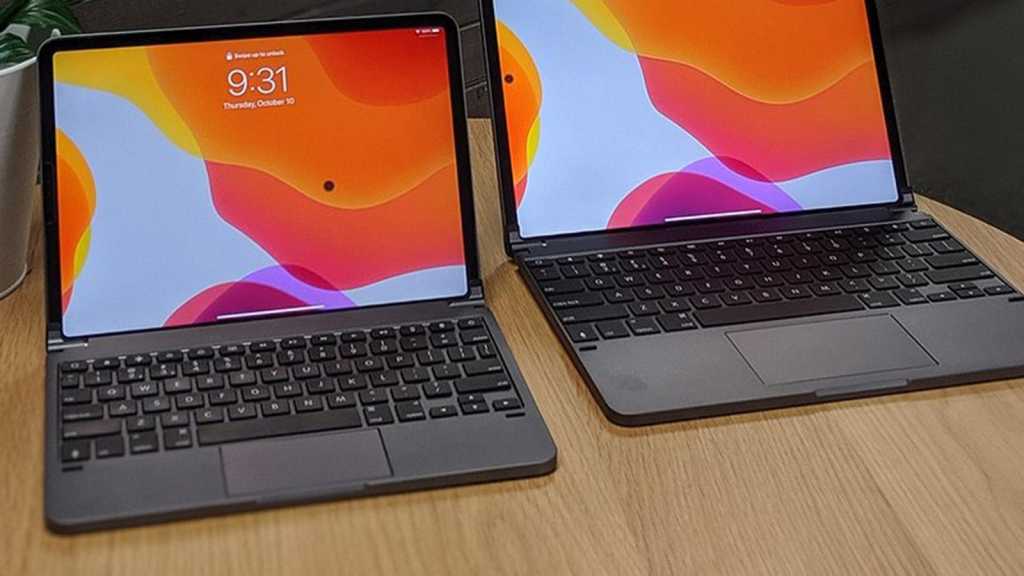 iPad keyboard maker Brydge is suing Sentis, the maker of the Libra keyboard that was recently hosted on Kickstarter. Brydge accuses Sentis of major patent infringement regarding the U-clamps Brydge’s keyboard use to hold iPads in place to resemble a MacBook.

It’s quite a unique design, and clearly has not been previously copied thanks to Brydge’s robust patent, which the company says Sentis has fully disregarded. Nick Smith, Co-CEO and Founder of Brydge said, “As detailed in the legal filing against Sentis (OGadget), we feel the Libra product directly infringes our patent in both form and function and we will ensure our legal rights are fully protected.”

The lawsuit is against OGadget, also known as Sentis, and against Kickstarter itself for giving a global sales platform to the Libra keyboard.

Brydge pointed out in a statement that it had tweeted an early design of an iPad Pro keyboard with a trackpad in November 2018, one which the Libra resembles to an astonishing level:

Feature No. 2 from the design team. We know we can do it. Pity iOS can’t. Want to know what we’re really doing? Register now: https://t.co/W0qQXRlmVj #Apple #iPad #iPadPro #iPadPro2018 pic.twitter.com/zRVnTYLQ37

iPadOS can now support mouse input, so the market was ready for the taking by Brydge and it was clearly in development. The statement confirms the product’s working name for the iPad Pro is Brydge Pro+ with Trackpad.

Brydge said, “Brydge has had designs for an iPad keyboard with trackpad since 2018 and have had working prototypes of both the 11-inch and 12.9-inch versions since spring of this year.

With mouse input still an accessibility feature and not mainstream in iPadOS, in the coming weeks Brydge will be announcing release plans for the Brydge Pro+ that will launch, and ship in mid Q1 2020.”

This suggests that Apple may add mouse input as a feature to iPadOS outside of the accessibility options. It could coincide with the rumoured release of an iPad Pro in Q1 2020.