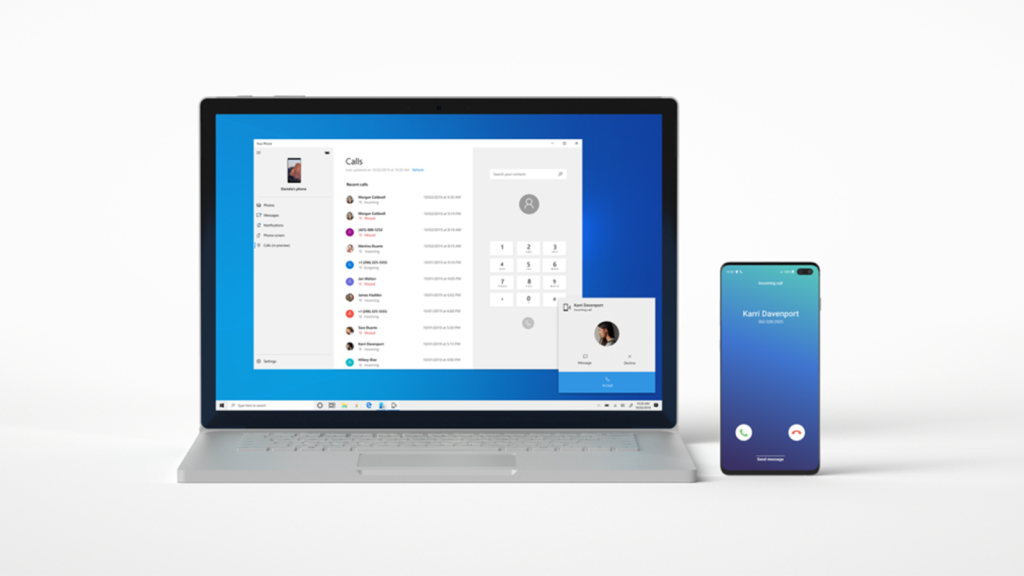 Microsoft has announced that Windows PCs will be able to route voice calls from people’s Android phones to desktop and laptops. The Calls feature of the Windows Your Phone app is available now as part of the Windows 10 Insider Preview Build 18999, meaning it’ll come soon in a public Windows 10 update.

A blog post from Microsoft confirmed the feature that originally appeared on stage at Samsung’s Unpacked event in August as part of the Galaxy Note 10 launch. As you can see, Microsoft’s official image above is of the feature working with a Surface Book and Galaxy S10 Plus.

Microsoft has partnered with Samsung closely with its Galaxy S series for a couple of years now. Microsoft even sells the phones directly with Microsoft apps preinstalled.

Given Microsoft is now building up to release its teased Surface Duo folding Android device, it makes sense that we are seeing the companies work together.

Calls on Your Phone use your Windows PC’s mic, speakers and screen to receive and make calls, and even transfer running calls between devices. You’ll need to be running Android 7.0 or above and, obviously, Windows 10 for it to work if you’re running the Insider build.

Otherwise, watch out for the worldwide update soon.