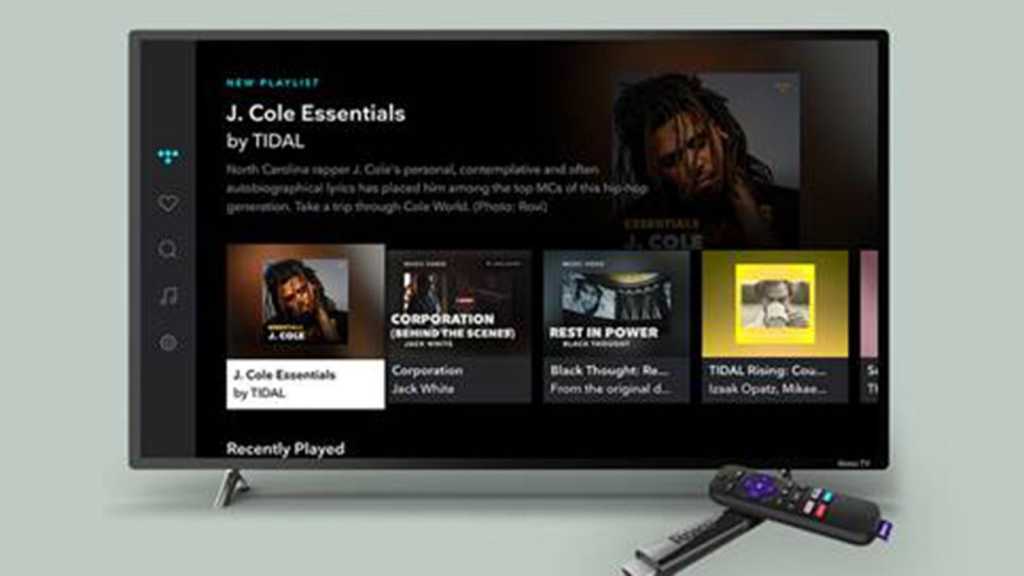 Tidal, the music streaming service that differentiates with its high-quality audio tier, is now available as an app for Roku streaming players. The news comes as an odd update for the struggling rival to the giants Spotify and Apple Music.

Despite being originally marketed on its superior audio quality, Tidal has had to rely on a £9.99 per month standard quality tier to attract customers not willing to spend £19.99 on lossless tracks. Many people do not have good enough headphones or sound systems to warrant spending double on Tidal’s top tier, though Amazon is betting otherwise with its recent introduction of Amazon Music HD.

Tidal releasing an app for TVs is a juxtaposition – most TVs’ built in speakers won’t do justice to lossless audio, so it looks like it’s a move to encourage more people to sign up to the basic £9.99 plan. More than ever people are streaming video through Roku, particularly in the US, so pushing the Tidal app there makes sense. Roku recently launched its cheapest streaming stick yet in the Roku Express.

The Jay-Z owned Tidal initially launched in 2014 on a wave of hype as a true competitor to Spotify, but it has lost out to Apple Music in the race for second in the music streaming wars. Exclusive Beyonce and Taylor Swift titles has not helped, and those artists have slowly migrated to where there are more ears.